A_Slab_of_Bacon said:
I feel bad for their fans. They're good people.

At the game Nebraska fans congratulated me. They're so nice.
Click to expand...

Not the ones around me...obnoxious as hell

Bob_Loblaw said:
This guy is great.
Click to expand...

Actually got a pretty nice compliment considering the source when he noted TCF is a fun place to watch football and Nebbie could learn or thing or too from it.

GopherGangsta said:
Not the ones around me...obnoxious as hell
Click to expand...

Those in upper 211 and 212 were having fun but kept it within bounds.

At the end as a Nebbie woman exited the row she told us "Great game...too bad you can't fill your stadium."

Mrs. Billd noted afterwards that was the best insult she had to throw at us...at least today any way. Very nice.
Last edited: Oct 16, 2021

Unregistered User said:
He gets press credentials?
Click to expand...

I'm 100% cool with that. He is entertaining and considerably less bias the B1G postgame.

He complimented the Gophers, he complimented the stadium, he was funny ("my plans are to walk in front of a bus", he cares about college football and he gets clicks. I'd much rather have a guy like him get credentials than some stuff pro sports fan that couldn't name 5 guys on either team.

BilldGopher said:
Actually got a pretty nice compliment considering the source when he noted TCF is a fun place to watch football and Nebbie could learn or thing or too from it.

Yep, and we've all been there. He is relatable.

"My plan is to walk in front a f_cking bus". LOL. I hear you brother.

As we were leaving the stadium, some Gopher fans were mocking a group of Nebby fans by just saying “Frosty” numerous times. The Nebby fans retort? “Yeah, what’s your record”? I was standing directly behind him and promptly replied, “4-2”. F they have some stupid fans.

Here's as close as Nebby's going to get to bowling this year...

At least they have Carhenge.

Don't know who's wearing number 54 for Nebraskduh, but I'm sure glad he's not playing for the Gophers.

Face The Facts said:
They love to justify their close losses against Michigan and Oklahoma as progress,
Click to expand...

I heard this nonsense the other day when I went to buy a fall coat and the salesperson noticed my hat - good conversation and he repeatedly uttered the above "quality Ls," to which I retorted, but you still lost - he smirked and said, "not this Saturday." Lucky for me he told me that he's working tomorrow and he wasn’t shy about it

So naturally I have to go serenade him with a ditty, sung to Frosty the Snowman.


Face The Facts said:
then they lose to Minnesota and they suddenly want to blame Martinez. Well, Martinez did more to win today than lose that game for Nebraska.
Click to expand...

Face The Facts said:
Nebby fans just can't face it that they aren't that good. Bad teams lose a lot of close games.
Click to expand...

Unregistered User said:
He gets press credentials?
Click to expand...

He runs the sb nation for them. Daily gopher writers get credentials

Full Speed Ahead said:
Don't know who's wearing number 54 for Nebraskduh, but I'm sure glad he's not playing for the Gophers.

noamfromm said:
He runs the sb nation for them. Daily gopher writers get credentials
Click to expand...

Did not know he was part of SB nation. Heck, I got photography creds in 2018 at Nebraska through a guy I know. It’s fun being right there.

Here’s a sneak peak at Nebraska’s bowl shirt for the 5th year in a row. They’re really building something special in Lincoln. 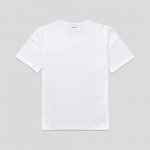 At least Huskers can look back fondly on the time they scored a garbage time TD against OU to lose by just 7.

FullBanana said:
Now that we won can we agree it was only because Nebraska is terrible, similar to how we knew Purdue is terrible because we beat them?
Click to expand...

Who is Bryce Benhart?

Face The Facts said:
Who is Bryce Benhart?
Click to expand...

From the Omaha Word Herald 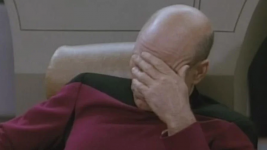 Is he any good?
Did we offer him?

Some husker fan near me was mouthing off in the middle of the 3rd quarter (talking about how the cities are too liberal or something weirdly political during a football game among other insults of the gophers). I told him there is plenty of room in the visitor section for him to make such loud opinions. We were in a very maroon and gold section. He said it’s a free country and he can say what he wants. After Minnesota got the ball back with a minute left I reminded him that Nebraska was the best 3-5 team in the country and he was upset about it and I told him I thought it was a free country? Felt pretty good.

I also talked to a nice husker couple next to me who were great sports and they congratulated us on the win. In a joking way they said it sucks losing to the gophers because they think PJ is so annoying

. Most Nebraska fans are good sports and they travel really well to Minnesota.

Will Nebraska ever give up the blackshirt shit? Their defense isn’t good.
would be like Vikings fans going on and on about the purple people eaters.

BilldGopher said:
Actually for Martinez he had a very good game today. The safety was ugly but otherwise managed their offense very well. Fortunately not good enough.
Click to expand...

Huh? Martinez was awful. He didn’t run at all and missed a ton of receivers who were open. And he missed by a lot. Aside from their TD against a prevent D he did nothing despite starting multiple drives across the 50.

UpAndUnder43 said:
Huh? Martinez was awful. He didn’t run at all and missed a ton of receivers who were open. And he missed by a lot. Aside from their TD against a prevent D he did nothing despite starting multiple drives across the 50.
Click to expand...

Agree. The only things he did better out of his recent pattern was not putting the ball on the ground or throwing an interception... You could look at the safety as 50 % on him, but Benfart (Benhart) wiffed badly on his block.
Last edited: Oct 16, 2021

Fair enough. Usually he's good for a couple of turnovers...either fumbles or interceptions. Not today.

My thought was if they could run on us today that would be trouble...no matter who was running. Clearly the Gophers made sure he would not run.

However, AM did advance the ball significantly today for several plays. That was him plus his TE #11 and receivers. Glad they could not get the points to make it worthwhile.

Not your point but I'll take Tanner any day over Mr. Martinez. Appreciate the post.

5-ish years ago, a couple purchased the home across the street from me. They showed up with Iowa plates. I immediately fretted over having jerkass Hawkeye neighbors. But when football season began, they flew a Nebraska flag in front of their home on game days. As the years have gone by, that flag has been less and less prevalent. It did not fly at all today. I looked, several times.

Face The Facts said:
Is he any good?
Did we offer him?
Click to expand...

Wow…I’m not usually this slow. You’re playing with me, silly goose.

UpAndUnder43 said:
Huh? Martinez was awful. He didn’t run at all and missed a ton of receivers who were open. And he missed by a lot. Aside from their TD against a prevent D he did nothing despite starting multiple drives across the 50.
Click to expand...

Even after today, Martinez is still the leading rusher for UNL…today, he was -17 yards rushing.

Full Speed Ahead said:
Don't know who's wearing number 54 for Nebraskduh, but I'm sure glad he's not playing for the Gophers.

Number 54 is Esezi Otemewo's Neanderbraskan buddy from Lakeville. He badmouthed the Gophers last night on TV. Esezi manhandled his buttinski last year too in Lincoln.

noamfromm said:
He runs the sb nation for them. Daily gopher writers get credentials
Click to expand...

Here is a taste of what is happening in Jon Johnston's Corn Nation cubby gopher hole (yes, he lives here): 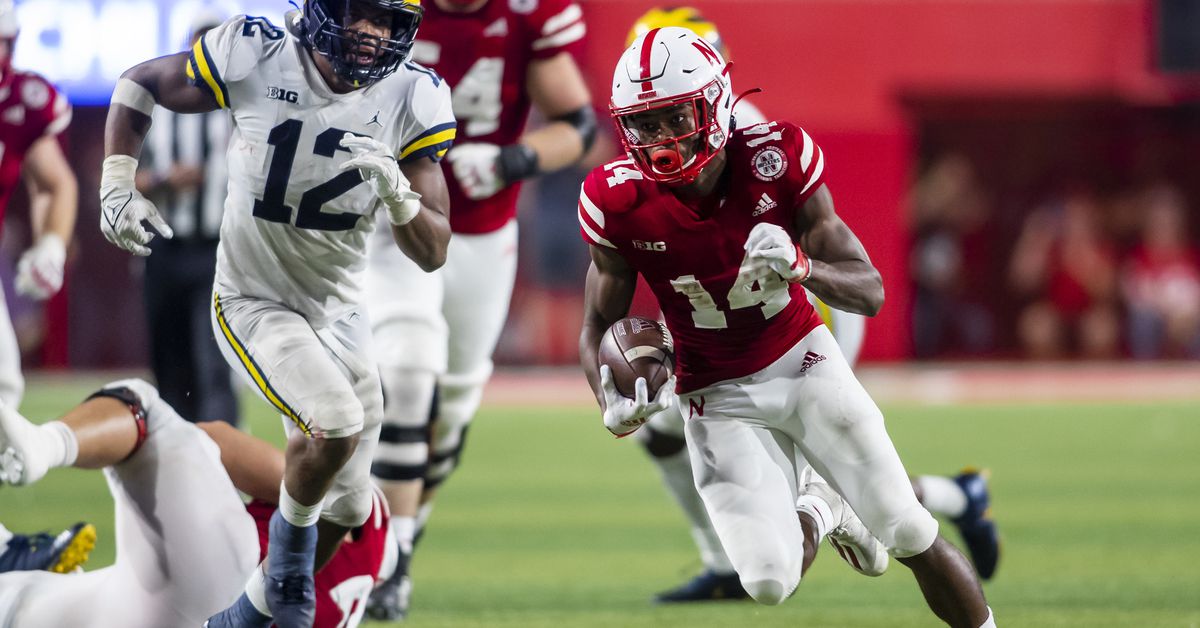 Five Heart Podcast Ep. 248: Fight for the Only Trophy that Matters

The old crusty duo of Todd and Jon are together this week for an episode of the Five Heart Podcast! This episode includes a review of a great game with Michigan. The duo try not to talk too much... 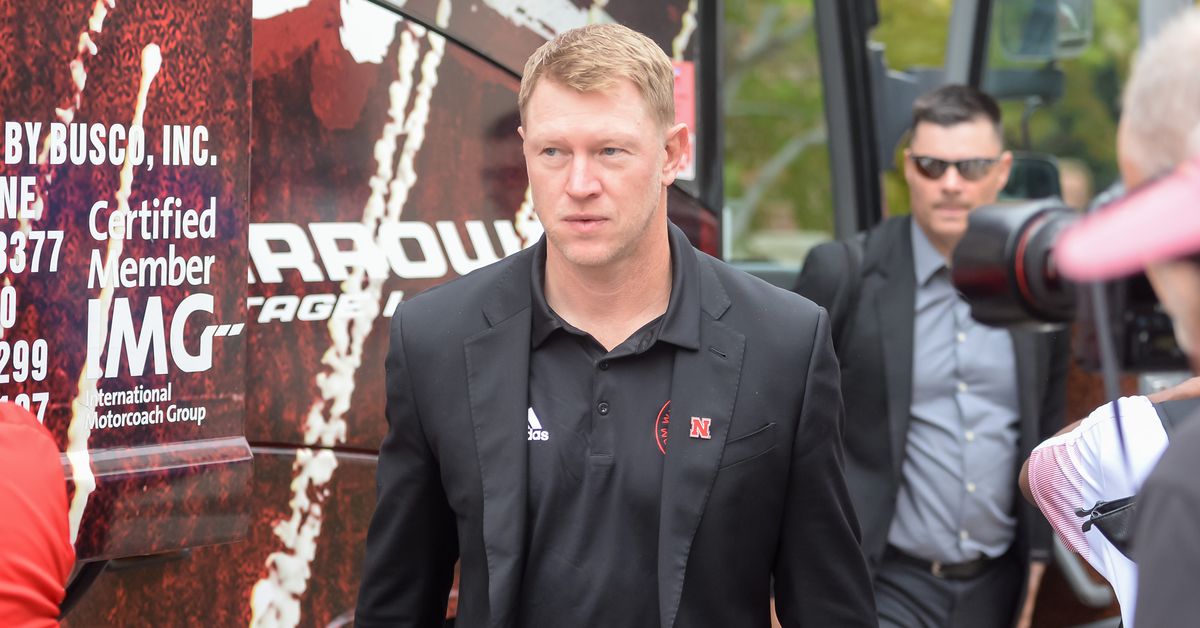 Somehow, this one hurts the most.