Tonight at the the Fine Line, Horsegirl. Some very impressive kids (the drummer is still in high school!) from Chicago. They are a terrific new take on bands like Sonic Youth, Yo La Tengo and old New Zealand bands like the The Clean.

Saw Gary Clark Jr at The Hilde outdoor venue in Plymouth last Friday. That man can REALLY play the guitar. I could sit and watch/listen to his guitar playing all day. Had a really cool stage presence as well. Was a fun show.

The opening acts were something called Kiss the Tiger, which we missed. The next performer was Suzanne Santo, who was pretty good! Her guitar players were also really good. After that and before Gary Clark Jr. was a group called the Cold War Kids. From where we were sitting, the vocals and drums were so loud we couldn't even hear the guitars much, so for me they were kinda bleh.

We had never been to the Hilde before. It's a really neat amphitheater with plenty of room for lawn chairs. They REALLY need more beer vendors, the lines were insane. Good collection of food trucks, we had some pierogis and a polish sausage from a Polish vendor (can't recall the name of it) which were quite good. Bacon topping on the pierogis were a great touch.

The Lemonheads "It's a Shame About Ray" 30TH Anniversary Tour rolls into 1ST AVE on December 9, 2022.

If that's not enough for ya, Juliana Hatfield is also on the bill! 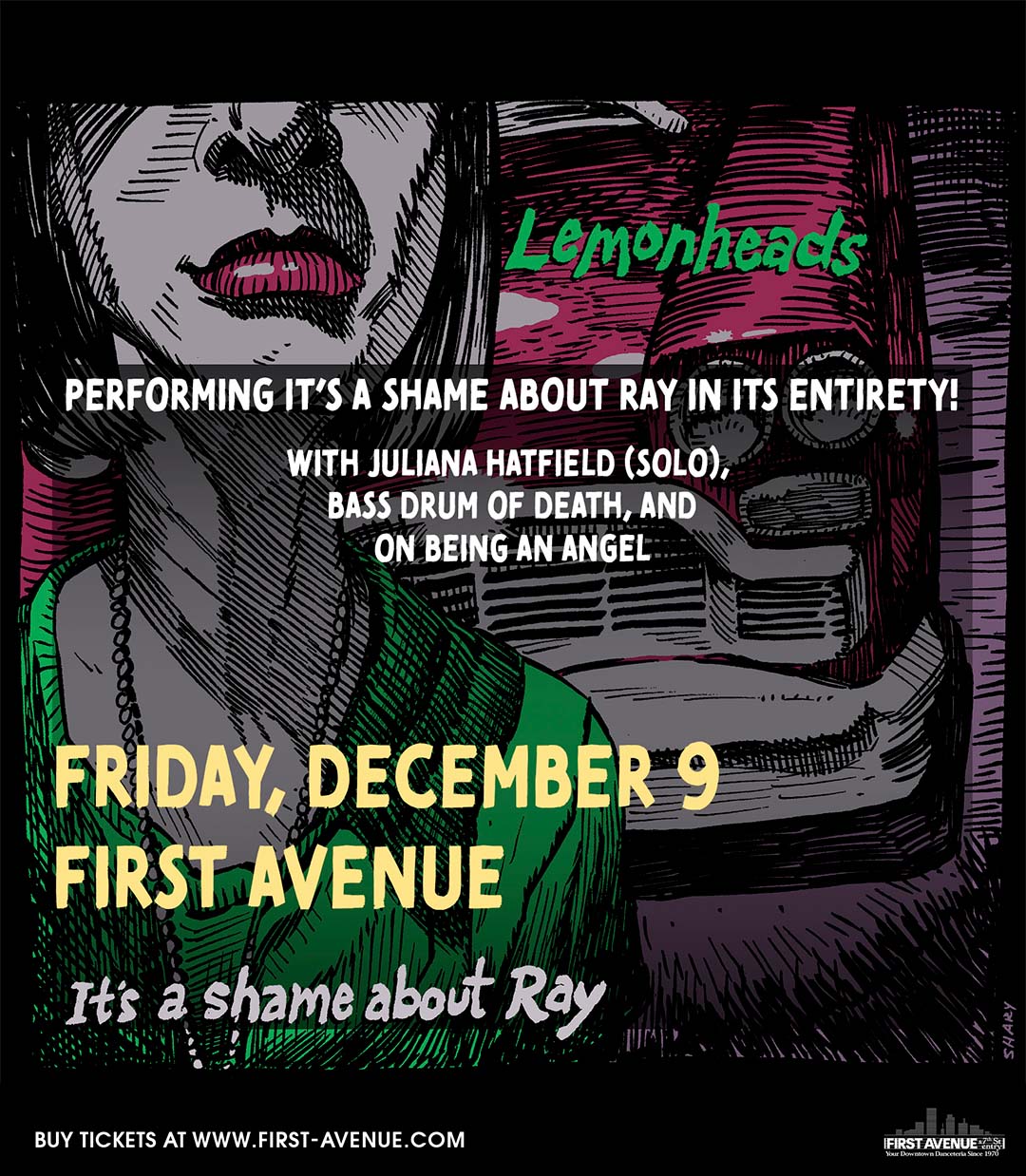 On December 9, 2022 at the First Avenue in Minneapolis, The Lemonheads with Juliana Hatfield, Bass Drum of Death and On Being an Angel.

Went to the Wild Hearts tour/show last night at Surly. Julian Baker, Angel Olsen and Sharon Van Etton.
I was mostly there for Angel Olsen and she did not disappoint. She's great.

I was also impressed with the Surly concert set-up. Never been to a show there before. I have no idea how crowded, or not crowded, it was but that was one easy festival to deal with. From parking, getting in, beer/food, bathrooms...you name it and it was as easy as could be. Plus, the beer was only $7!