MLB Network has cut ties with insider Ken Rosenthal in what is believed to be the end result of acrimony that peaked in the summer of 2020 after Rosenthal criticized commissioner Rob Manfred, The Post has learned.

Rosenthal, a top news breaker, was first kept off the air for around three months, according to sources, after he wrote columns in 2020 — with the season in jeopardy due to the pandemic — analyzing Manfred’s handling of the situation for The Athletic.

There was no stated suspension at the time and it went publicly unnoticed.

Rosenthal was still paid, but was put in a months-long penalty box. He did return for the trade deadline, which was pushed to Aug. 31 that season due to COVID-19. 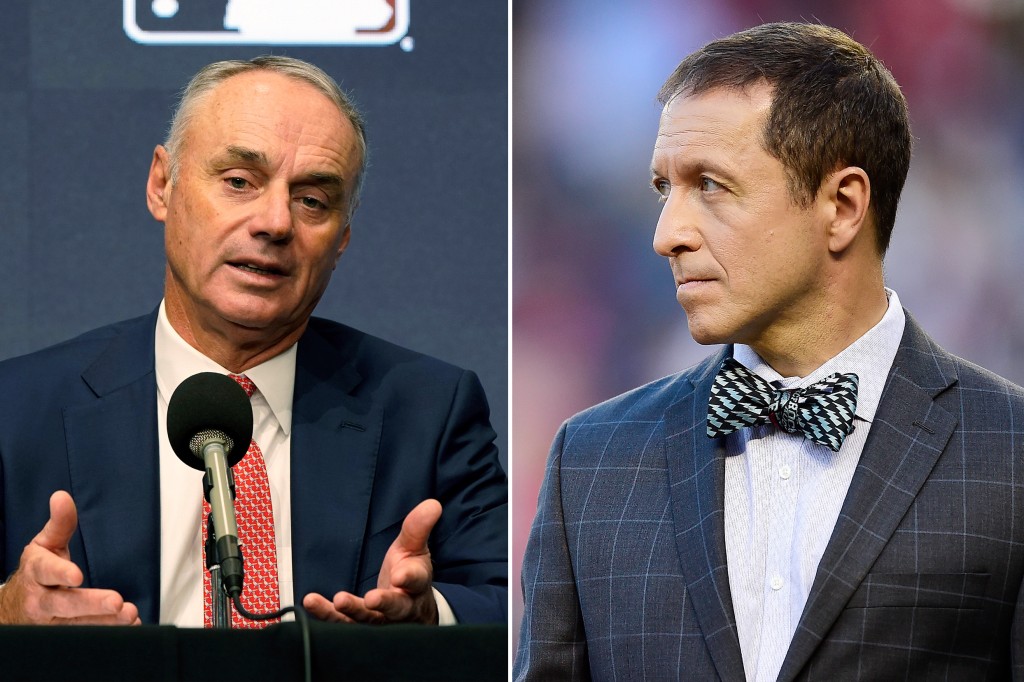 MLB Network has cut ties with insider Ken Rosenthal, a move believed to be the end result of acrimony that peaked in the summer of 2020 after he criticized commissioner Rob Manfred.

Manfred is making Selig look like he was a good commissioner at this point. Man he sucks.

Is Manfred a plant by MLS to ruin MLB?

Previous commissioners have - at least at times - had the cojones to stand up to the owners when needed. For all you can say about Selig, he was a baseball fan.

the commissioner is supposed to act "in the best interests of the game."

Manfred acts in the best interest of the owners.

at this point, I don't expect to see major league games being played until June, if we're lucky.