The Gophers have received a commitment from Greenwood, Indiana, defensive end Austin Booker. He chose Minnesota over offers from Iowa, Indiana, Oregon, Purdue, Arizona State and others. The 6-foot-5, 235-pound pass rusher is a three-star prospect, according to 24/7 Sports. Booker ranks No. 10 among Indiana recruits, per 24/7 Composite rankings. He posted 67 tackles (14 for loss) and eight sacks in 2019.

Booker’s skill set features length, explosiveness and a quick first step. There are several moves where he uses his hands and sets up rushes with rips or swims. Booker is a very methodical rusher and occasionally redirects his moves inside. Additionally, he dips and bends around the corner well to create pressure. Within a few reps, he also utilized his quickness to cause disruptions off stunts. Booker can continue adding weight to his frame and has unique physical traits for defensive line coach Chad Wilt to work with.

After adding talent at the skill spots, P.J. Fleck and his staff are addressing the trenches on both sides of the ball. This was the next step to successfully round out the 2021 class.

Here’s a look at Booker’s highlights:

Awesome news! Appreciate your trust in the true Minnesotans!

Oregon, Washington, Nebraska, Michigan State, Missouri. One of the very best offer lists in this class.

Looks pretty solid and quick off the line. Add 20 lbs, keep the quickness and he could have a nice career.

Puts a smile on a face at a time when it is sorely needed!

I loved this kid's film.

Tall, athletic and rushes the passer extremely well off the end.

Very promising. Add another 15-20 pounds of muscle and he'll be very good imo.

Another really good get for coach Fleck!

Nice get for the defensive line. He plays at Center Grove here in Indianapolis. 6A powerhouse, always a threat for the championship...year in & year out going against Ben Davis, Carmel and Warren Central. They are a good, sound, well coached team. As a WC parent, im not a fan of CG....but i do like me some MIC football (indianapolis) and of course Gopher football.
Go Minnesota.

The kids that are sold on PJ Fleck and Gopher Football are going to commit regardless of the turmoil.

Impressive film, love the length, he could be a monster after a year or two of s&c. Welcome aboard!

PMWinSTP said:
Looks pretty solid and quick off the line. Add 20 lbs, keep the quickness and he could have a nice career.
Click to expand...

Fleck and company are still reeling in big-time recruits, even during all of this chaos. This coaching staff is really working hard!

cncmin said:
Fleck and company are still reeling in big-time recruits, even during all of this chaos. This coaching staff is really working hard!
Click to expand...

I was stunned to get such a good recruit right in the middle of the chaos. Fleck and his staff are recruiting their asses off right now.

One of the state’s top defensive line prospects made his college commitment on Saturday and another narrowed his list to six schools.

“(Minnesota) connected me with people around the program and started early building the 2021 class,” Booker said.

Booker, rated as a three-star recruit by 247sports and the No. 8 in-state prospect, posted eight sacks last season for the Class 6A state runner-up Trojans and 67 total tackles. He also plays basketball for Center Grove

Booker has a connection to Minnesota defensive line coach Chad Wilt, who was recruiting him at Cincinnati before he was hired by Minnesota coach P.J. Fleck in January. Wilt’s father, Steve Wilt, coached at Taylor University from 1994-2005, which is where Chad played in college with Booker’s father, Duaine Booker, in the late 1990s.

“He was the first coach to offer me so I’m pretty comfortable with him,” Booker said of Wilt. 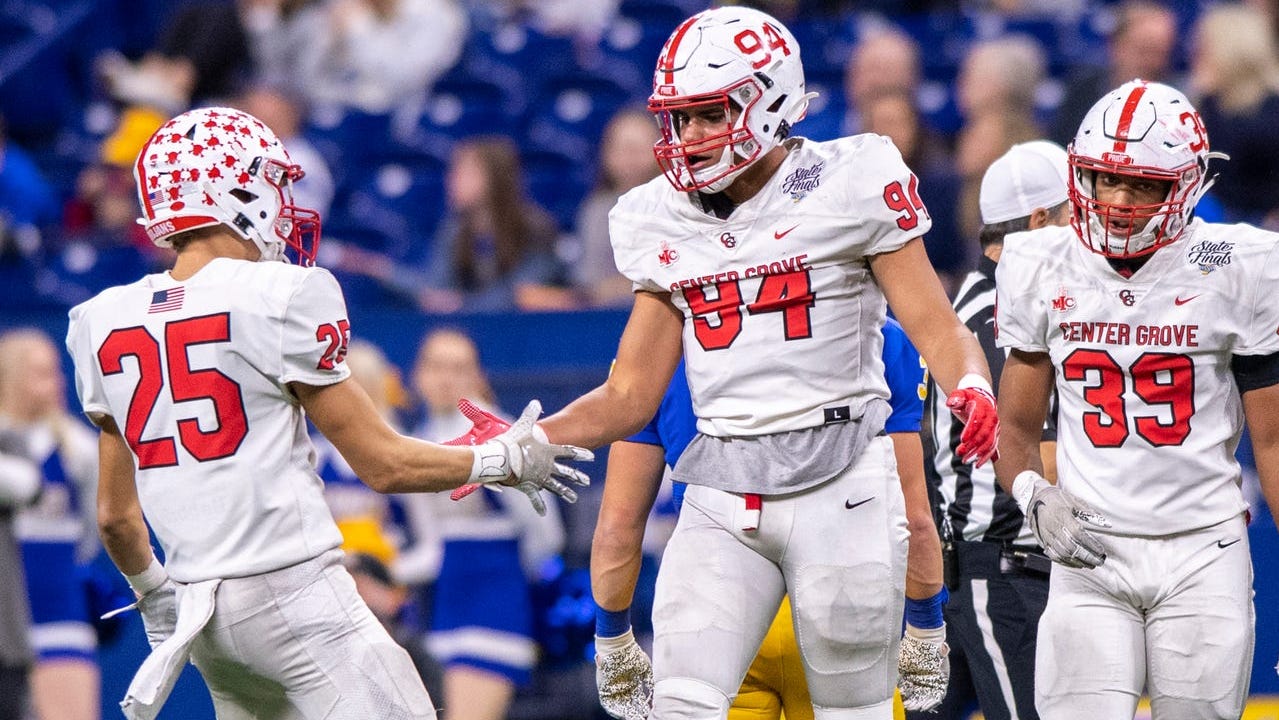