Harrisburg take on Gophs vs PSU; Gophs "most underrated team on schedule..."

From PennLive, the website of the Harrisburg (PA) Patriot-News paper.
* Writer talking about how Nittany Lions get to ten or 11 wins, while noting 4-5 and 7-6 in last two year.
* Writer says Gophs could be problem, but doesn't place them in top five problems.
* Puts Purdue as 4th toughest game...it is on road and it is week one, Thursday night tilt.

Most fans of the program know there are a half-dozen or so games that will determine this season’s outcome.

The rest of the Lions’ regular-season schedule is not without trouble spots. PSU still must navigate a home date with Maryland (Beaver Stadium, Nov. 12) and a road trip to Indiana (Bloomington, Nov. 5). It’s worth noting the Terps own a pair of victories at Beaver Stadium during the James Franklin era – 2014 and 2020 – and Indiana did slip past the Lions 36-35 in overtime two years ago at home.

Maryland and Indiana should not worry Penn State, but Minnesota should.

PJ Fleck’s Golden Gophers, who upset the then-unbeaten Lions 31-26 at Huntington Bank Stadium in 2019, visit Beaver Stadium for a homecoming game on Oct. 22. The contest is a 7:30 p.m. start and it is also PSU’s White Out game.

Here are a few notes on Minnesota, the most underrated team on the Lions’ schedule:

**The Gophers finished 9-4 a year ago, concluding their campaign with an 18-6 victory over West Virginia in the Guaranteed Rate Bowl in Phoenix.

**In Minnesota’s regular-season finale, it shut down Wisconsin 23-13 at home, holding the Badgers’ ground game to 62 total yards.

**Fleck’s roster includes a number of talented players – center John Michael Schmitz, wideout Chris Autman-Bell, defensive end Thomas Rush, defensive tackle Trill Carter and running back Mo Ibrahim. Ibrahim is an interesting story. He was a first-team All-Big Ten choice in 2020 after leading the conference in rushing with 1,075 yards. But he suffered a season-ending leg injury in Minnesota’s 2021 season-opening loss to Ohio State. He still had 164 yards and two touchdowns in that contest.

**Even without Ibrahim, the Gophers still ran for 2,575 yards and 27 rushing scores last season.

Penn State must also tangle with Minnesota during a tricky part of its schedule. The Lions play at Michigan the week before then host the Buckeyes the week after. Classic trap stuff.

Finally, the Gophers’ offense will be run by Kirk Ciarrocca, who lasted just one season with Franklin (2020) before being cut loose. The year before, Ciarrocca was the Minnesota play-caller during the Gophers’ upset of PSU. He spent last year as an offensive analyst at West Virginia.

Minnesota could be a problem on Oct. 22. 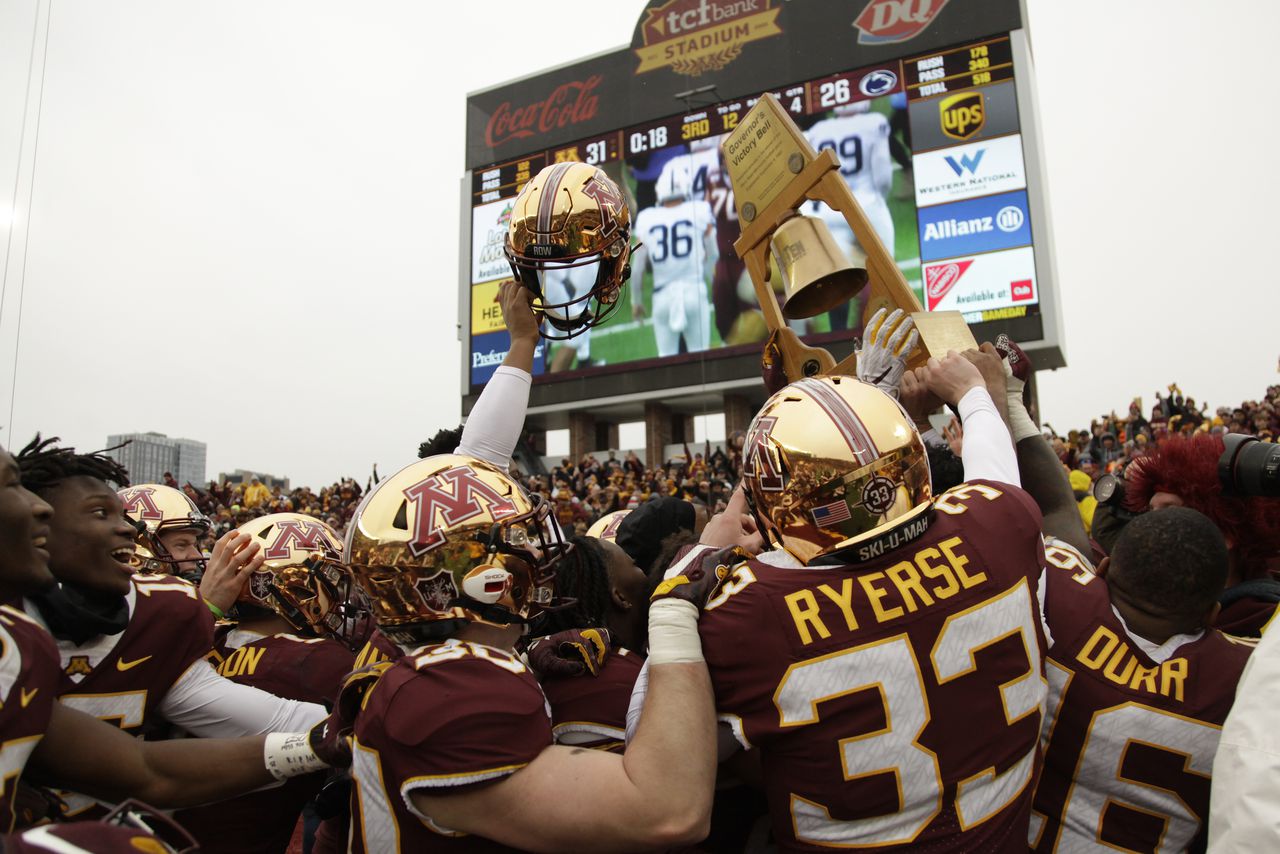 I remember in late summer 2019 when a PSU-related site went through the schedule and predicted the Nittany Lions entire slate of games (it was posted here on GH...too lazy to search). Their comment on Minnesota was something like "the Lions got this by at least two touchdowns".

FredCoxRocks said:
I remember in late summer 2019 when a PSU-related site went through the schedule and predicted the Nittany Lions entire slate of games (it was posted here on GH...too lazy to search). Their comment on Minnesota was something like "the Lions got this by at least two touchdowns".

They probably could have still said that after the Gophs first three games that year...