Clay Geary, by his own admission, couldn't stop smiling.

Geary got his first career start in the Gophers' 49-7 victory over Colorado on Saturday and delivered a highlight-reel touchdown catch. Late in the third quarter, he leapt to haul in Tanner Morgan's pinpoint throw and got the needed one foot in bounds and a second for good measure.

"I was ecstatic,'' Geary said of his 8-yard catch. "… You saw my teammates rushing over to me, hugging me like they knew how special that was.''

Suddenly, the 24-year-old wide receiver from Lakeville is an overnight success — in his seventh season on campus.

And the thing is, the Gophers will need Geary to be much more than a feel-good story because their top wide receiver, Chris Autman-Bell, suffered a season-ending lower leg injury against the Buffaloes.

When the Gophers (3-0) visit Michigan State (2-1) on Saturday, the onus shifts to a group of receivers to work together to replace the productivity and reliability of Autman-Bell, their undisputed leader.

"He's the heartbeat of our offense, honestly,'' Geary said. "… No one guy is going to replace Chris.''..

After patiently biding his time with the Gophers, Geary hopes to emerge as a playmaker. It's been a slow and steady climb:

2018: Played on special teams and had one reception in eight games.

2019: Earned a scholarship, which the Gophers awarded him as a surprise, when he threw out the first pitch at a Twins game. Saw action in 10 games.
2020: Had five receptions in five games in a year that didn't count toward eligibility because of COVID-19.

2021: Missed the season because of a torn anterior cruciate knee ligament suffered in training camp, which led to a seventh year of eligibility from the NCAA. 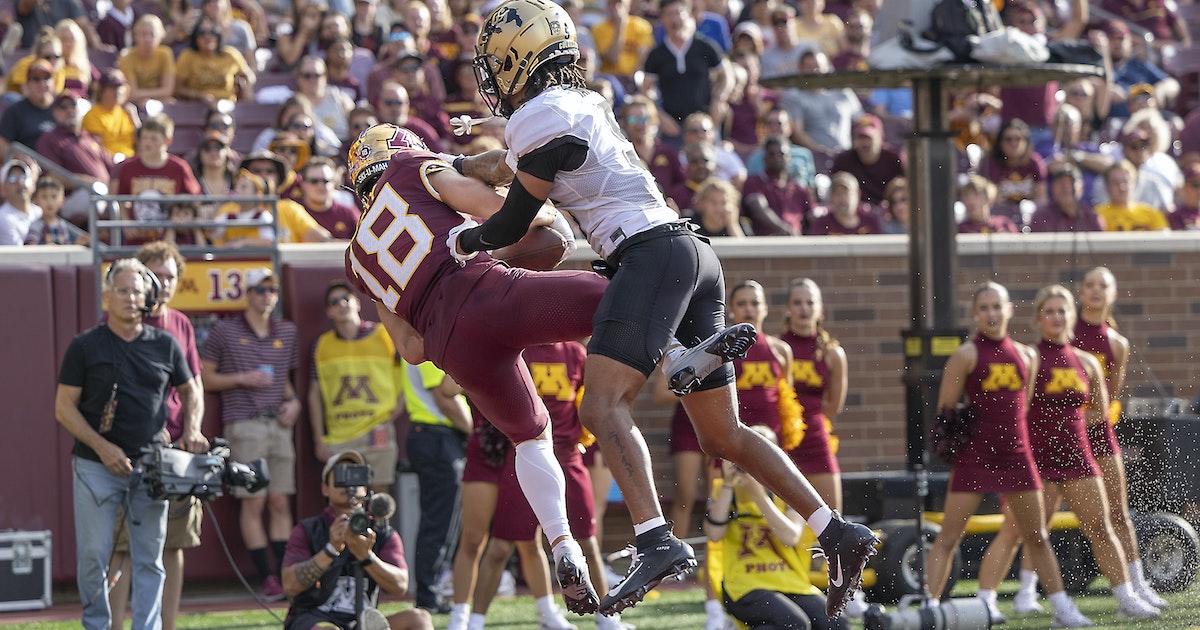 A Lakeville native who came to the University of Minnesota as a walk-on, Geary made a highlight-reel catch Saturday. He'll be counted on for more with Chris Autman-Bell injured.