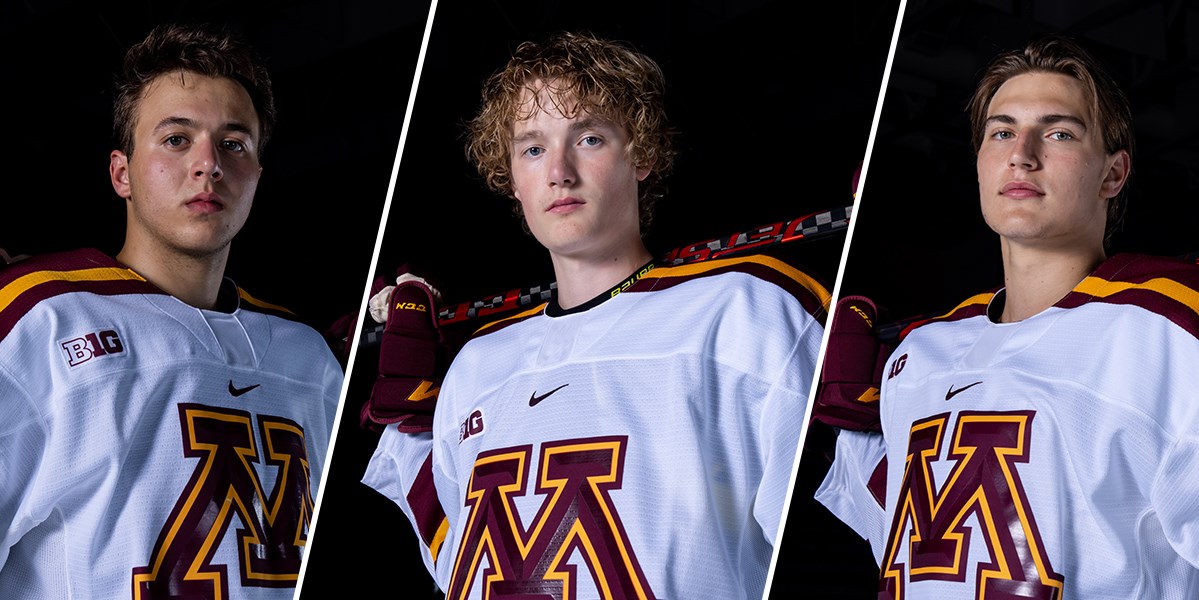 MINNEAPOLIS – For the second year in a row, the Gopher men's hockey program will send a trio of skaters to the IIHF World Junior Championship as Brock Faber, Matthew Knies and Chaz Lucius have been named to the 2022 U.S. National Junior Team, USA Hockey announced on Tuesday afternoon.

Gopher Hockey has a proud history at the World Junior Championship with the University of Minnesota being represented at 42 of the 45 events dating back to the inaugural tournament in 1977. Faber is one of six returning players from last year's gold medal-winning squad that also included fellow Gopher defensemen Ryan Johnson and Jackson LaCombe. USA Hockey has earned 13 medals at the World Junior Championship including five gold medals (2004, 2010, 2013, 2017, 2021).

The 2022 IIHF World Junior Championship is set to begin on Dec. 26, 2021 and run through Jan. 5, 2022 in Edmonton and Red Deer, Alberta. NHL Network will provide coverage of all U.S. games starting with a preliminary matchup against Slovakia on Sunday, Dec. 26 at WP Centrium at 8:30 p.m. CT.
Minnesota and Michigan led all college hockey programs with three representatives each on the U.S. National Junior Team this year.

A product of the USA Hockey National Team Development Program, Faber is an international veteran for the Red, White & Blue. In addition to contributing five points during the gold medal run at last year's World Junior Championship, the defenseman was a Big Ten All-Freshman Team and NCAA All-Regional selection for the Gophers last year with 12 points (one goal, 11 assists) in 27 games. This year, the sophomore has nine points (two goals, seven assists) in 18 games. A native of Maple Grove, Minn., Faber was the first Minnesotan selected in the 2020 NHL Entry Draft after being picked up by the Los Angeles Kings in the second round (45th overall).

Also a product of the USA Hockey National Team Development Program, Lucius brings significant international experience to the Red, White and Blue. A freshman for the Gophers this season, the forward has eight points (five goals, three assists) in 12 games. A native of Grant, Minn., Lucius was selected 18th overall in the 2021 NHL Entry Draft and stands as Gopher Hockey's 22nd first round selection.

A native of Phoenix, Ariz., Knies is one of the top performing freshmen in college hockey this season. The forward ranks second among NCAA newcomers with seven goals (second among all Gophers) and also ranks third on the team with 16 points in 18 games this season Prior to joining the Maroon & Gold, Knies was a two-year skater for the Tri-City Storm in the USHL. The Toronto Maple Leafs selected Knies in the second round (57th overall) of the 2021 NHL Entry Draft
Click to expand...