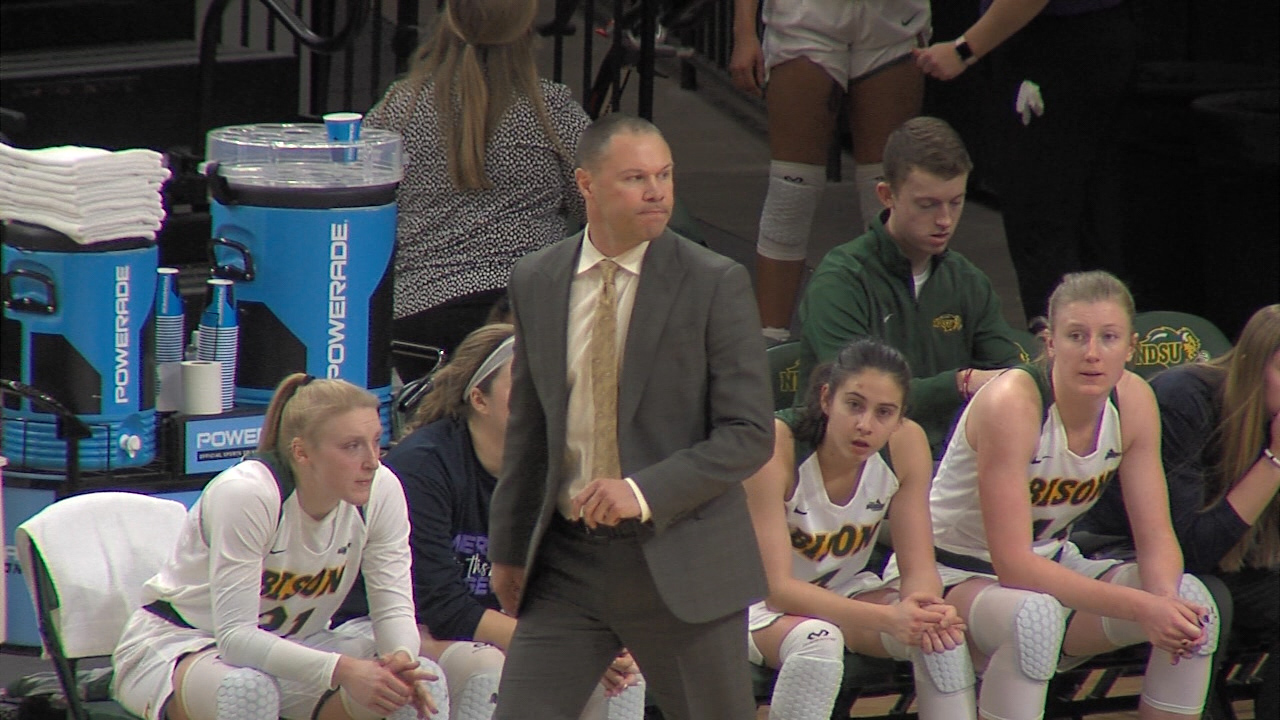 FARGO – The Big Ten is coming to Fargo. The Minnesota Gophers women's basketball team will visit the Scheels Center on November 17 for a non-conference game
localtoday.news

Gopher will travel to North Dakota State on 17 November.

FARGO – The Big Ten is coming to Fargo. The Minnesota Gophers women’s basketball team will visit the Scheels Center on November 17 for a non-conference game against North Dakota State, according to Bison coach Jory Collins.

It is NDSU’s first game against the Gophers since 2011 and only the second time the Bison have hosted Minnesota. NDSU defeated the Gophers 62-48 at Bison Sports Arena in the 2006-07 season. NDSU is 1-6 all-time against Minnesota, the last game being an 80-41 loss at Williams Arena in November 2011.

The Bison are coming off a disappointing 11-18 season, including a 7-11 mark in the Summit League. NDSU lost to Kansas City in the first round of the conference tournament.

Greater things were expected from the Bison after a 15-9, 9-7 season in COVID-hit 2020-21, but injuries, player departures and internal turmoil torpedoed NDSU. An assistant coach left after the season, and when the dust settled, the Bison lost eight players through graduation or the NCAA transfer portal.
Click to expand...

NDSU depart in two weeks for a trip to Greece where they will play two games in eight days
Click to expand...

Sweet! Fargo is way closer then MPLs. Will be bringing my team to this!

This confirms something I had been hearing so I will share other likely parts of the non-conference I have been hearing.

-First, it had been noted at a golf event earlier this summer that the coaches shared that Missouri was supposed to come up to the barn this season and gophers would go to Missouri next year in a home/home HOWEVER hearing that Missouri had cancelled or backed out for some reason so that is one of the reasons we have not got the full NC schedule as they are struggling to find someone to fill that game slot.

-I've heard St.Thomas wanted to fill that game opening but at this time, Gophers have no interest in playing them.

-the NC schedule is going to be home heavy. At this time, I think besides the NDSU game, the only time on the road is an expected Thanksgiving Tournament in Virginia. It will be two games and the second day LIKELY will be Gophers vs. Virginia so unknown who day one opponent is at this time. So three of the expected 11 non-conference games will be on the road (unless the Missouri replacement is a road game)

-Season opener should be Nov 7th or 8th

-I have heard the schedule is VERY VERY Friendly to the team. Meaning I have heard what some would call cupcakes or an easier schedule. I would describe it as a schedule that allows the younger team to gel and possibly find early success to get confidence going into the Big Ten season. I don't think they will have any NCAA TOURNAMENT resume building games in the NC. Wake Forest and Virginia likely the two strongest games on the NC schedule unless they get a strong opponent to replace Missouri.

-Teams I've heard that are not 100% guaranteed by highly likely is Lehigh, Eastern Illinois, Milwaukee and Northern Iowa. It could also be that either Eastern Illinois or Northern Iowa is the closed scrimmage opponent this season that the team does in mid October that will be closed to the public

All of this makes sense to me. They should have as an easy non conference schedule. They can build their NCAA resume in the big ten season. Also I understand not wanting to play st. Thomas at this time. A loss would hurt more then a win would help imo. 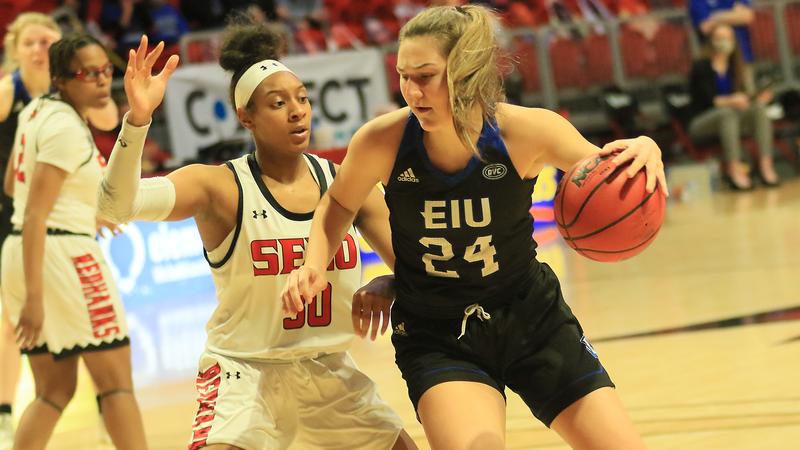 bball_craz_26 said:
-Teams I've heard that are not 100% guaranteed by highly likely is Lehigh, Eastern Illinois, Milwaukee and Northern Iowa. It could also be that either Eastern Illinois or Northern Iowa is the closed scrimmage opponent this season that the team does in mid October that will be closed to the public
Click to expand...

Northern Iowa released their schedule, the Gophers are not on it. 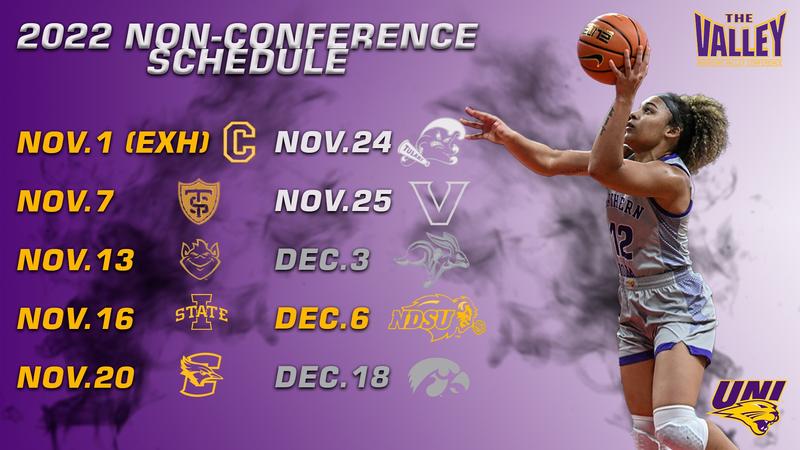 Got some updates on the schedule.

Confirmed opponents for the upcoming non-conference season will be Chicago St, UW-Milwaukee, LeHigh, Presbyterian and Western Illinois all Home games. I think Western Illinois will be season opener on the 7th (not 100% confirmed)

I still have heard that the home/home series with Missouri has been replaced with a home/home with another SEC school. Gophers will be hosting that school this season and go to their place next year.

As far as I have heard, the only road non-conference games will be NDSU and the two games at Virginia tourney. Dates of the home games have not been set in stone at this time and guessing that is the hold up on releasing the schedule. I would guess a few more home games to be confirmed by the State Fair time in Minnesota as they usually have a sale or deal for tickets.

bball_craz_26 said:
Saw that Eastern Carolina plays in the Virginia tournament that the Gophers are expected to play in and they play Virginia on the 27th of November. So guessing Gophers will be playing Virginia on the opening day of the tournament on Nov 26th and then its unknown who they will play on the 27th.
Click to expand...

Liberty is the 4th team in this event as they are playing East Carolina on Nov. 26th. I'd guess it's Liberty vs. Minnesota on the 27th.

golden10 said:
Liberty is the 4th team in this event as they are playing East Carolina on Nov. 26th. I'd guess it's Liberty vs. Minnesota on the 27th.
Click to expand...

Liberty was 25-5 last year with a NET ranking of 81. Looks like most of their main players return this year too so it would be a solid addition to the schedule.
Last edited: Yesterday at 1:20 PM