One of the few perks for a mediocre Big Ten season is being matched against an equally mediocre team in the ACC Challenge. Thus: a 7-11 (9th place in the B1G) Gopher club is scheduled to face a 4-14 (11th in the ACC) Wake Forest. Scanning further down to the bottom of last season’s ACC standings you will discover Minnesota’s next opponent, the Virginia Cavaliers.

After Thanksgiving, Minnesota travels to Charlottesville to participate in the Cav Classic facing Virginia and Liberty. The Cav Classic kicks off an important stretch of basketball for the Gopher hoopers. After the Hoos and the Flames, Minnesota has home dates with Wake Forest, Penn State and Kentucky before facing Iowa in Iowa City. The serious season begins.

Last season, Virginia finished 2-16 (tied for last with Pitt) in the ACC and 5-22 overall. That was the final act for Tina Thompson. After four mediocre years and a 30-63 record, the Hall of Famer was terminated following a loss to Wake Forest in the ACC tournament. Wake Forest officials were not impressed by the Demon Deacon win and later replaced head coach Jen Hoover with Megan Gebbia of American. But that’s a thread to pull another day.

Tina Thompson was replaced by a coach familiar to Gopher fans, Amaka Agugua-Hamilton. Coach Mox spent six seasons as a Michigan State assistant before her successful three-year head coaching run at Missouri State. The Virginia native, who played her college ball at Hofstra, has the Cavaliers off to a 5-0 start. The start includes a 72-52 conference win over Wake Forest.

One of Agugua-Hamilton’s early moves as Cavalier coach was signing Gopher transfer Alexia Smith. Smith is playing 19 minutes a game and producing more points and rebounds than during her Gopher stint. The other transfer signing, Sam Brunelle, made a bigger national splash. Brunelle, the Notre Dame transfer has two years of eligibility remaining and is off to a quick start in Charlottesville. Both Smith and Brunelle fit coach Mox’s push the pace offense and physical defense.

Smith and Brunelle were the Cavaliers only arrivals from the transfer portal. Coach Mox is pretty much trying to coach up the seven inherited players along with two freshmen. The 5-0 record is the product of a hard-working team and an easy schedule.

Everyone plays. Ten of the eleven players average double figures in minutes and the eleventh averages 7. There are five players averaging double figures in scoring. UVA sets a lot of screens and with Brunelle they will run some high low action. The Cavaliers are averaging 80 points per game while limiting opponents to 56 points. Despite the scoring output, Virginia is not a great shooting team from three (.272). Sam Brunelle (.333) and Kaydan Lawson (.421) bring a little fear from behind the arc. On the positive side, it is an experienced team with nine upper classmen (many of whom have made previous stops).

Preseason ACC polls have Virginia pegged for 11th. Yes, that would be an improvement; but I suspect it would be a disappointment to Coach Mox who is resolute in obtaining loftier goals.


SOME PLAYERS TO KNOW

6’2” senior forward Cameron Taylor is the team’s leading scorer at 13.6 points per game. Although her scoring and rebounding has dropped steadily since her 22-point, 13 rebound outburst against George Washington. After transferring from Marquette to UVA before last season, she was leading the team in scoring and rebounding before taking a leave of absence in mid-January as she dealt with the death of her mother. Agugua-Hamilton and her staff have gradually worked Taylor back into basketball.

The second leading scorer is 6’2” grad student forward Sam Brunelle. Highly recruited out of high school, Brunelle spent three seasons with the Irish including earning a spot on the ACC All Freshman Team. She went from being a starter as a freshman to coming off the bench for Notre Dame as a Junior. The Virginia natives return home seemed pre-ordained. "I haven't felt this happy in a long time. To be able to be around people who bring my happiness out of me more and just want to see me do great is amazing."

5’7” senior point guard Taylor Valladay is the other transfer from Marquette. She and Taylor were teammates for the Golden Eagles and decided it was time to go after Carolyn Kieger took the Penn State opening. Last season, Valladay started all 26 games she appeared in for the Hoos. She was 8th in the ACC in assists per game (3.8) and 7th in assists/turnover ratio. Plus, she can score. Valladay netted 19 points in the victory over American

5’11” junior guard Mir McLean spent a season and a half coming off the bench at UConn before transferring to Virginia before the last spring semester. She was granted immediate eligibility and moved into the Cavaliers starting lineup where she grabbed over 8 rebounds per game. She missed this seasons opening victory over George Washington because of an injury; but has started every game since. McLean posted 11 points and 11 rebounds against in the win over American.

6’0” junior guard Kaydan Lawson actually was recruited and signed by Virginia. She scored 18 against George Washington and 15 against Wake Forest. More important, Lawson is a decent three-point shooter 8-19.

Minnesota and Virginia have met 5 times with Virginia owning a 3-2 edge. The last meeting was in late November 2012 when the Cavaliers won an ACC challenge match up 90-68. The Gophers have met an Agugua- Hamilton team more recently. Lindsay Whalen opened her second season with a 69-77 loss to Missouri State at Williams Arena.

IT'S ONLY A GAME

Before Virginia plays Minnesota, they have a Wednesday game versus Campbell. It will be the Cavaliers first home game since the tragic murder of three football players.

Probable Starters with This Year’s Stats:


Others With This Years Stats:

Alexia Smith with the start for the Cavaliers against Campbell. Smith opened the scoring for Virginia with a lane jumper

Alexia Smith, a 5' 8" guard of Virginia formerly of Minnesota, through yesterday has averaged per game:

It's a grinder at the half with the Cavalier's up 22-18. Campbell is doing a great job of cutting off UVA's drives to the bucket.

The grinder turned physical (Sam Brunelle hasn't been of much use) and UVA leads at the end of three 41-33.

This season's tournament is called the Cavalier Classic hosted by University of Virginia Cavaliers. It won't be as difficult.

Virginia is unbeaten at the time of this post so it won't be easy either. Virginia is currently leading a game underway. 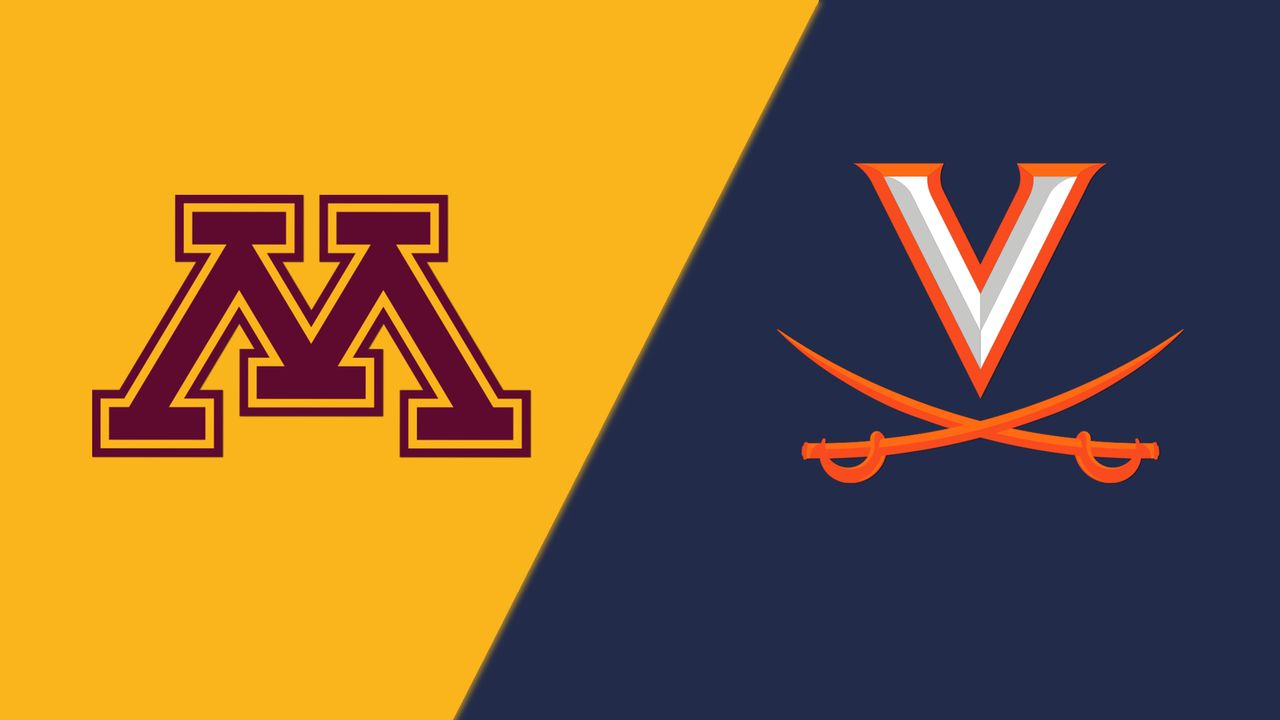 Virginia pulled away as the physicality took its toll for a 62-41 win. Sam Brunelle knocked down back to back threes early in the fourth helping the separation.

The Hoos forced 25 Camel turnovers. At least six of those were charges; something Minnesota must avoid when working inside. Camryn Taylor led UVA with 13 points. All in all It was a rugged foul fest with Campbell comitting 23 and UVA 19. The Cavaliers are quite comfortable playing that style.

Coach Mox is, according to the broadcast, the first UVA coach to start 6-0.

I enjoyed that interview.

Whalen mentioned that Virginia has a new coach and several transfer players in, so this teams is a better team than last season.

Bfan said:
I enjoyed that interview.

Whalen mentioned that Virginia has a new coach and several transfer players in, so this teams is a better team than last season.

Virginia has two player that transferred in this season; Smith and Brunelle. The other five transfers played for the Cavaliers last season.

Ignatius L Hoops said:
Virginia has two player that transferred in this season; Smith and Brunelle. The other five transfers played for the Cavaliers last season.
Click to expand...

Woah! Sam Brunelle was quite the transfer in for Virginia!
AT VIRGINIA – 2022-23 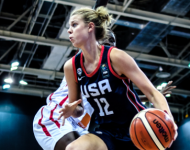 This Virginia team has been making headlines this season like this:


This team has rallied later in games, after inconsistent play, to win comfortably.

Virginia has averaged 77 points per game while allowing 53.3 per game.

American was able to score 60 against Virginia, the most of any opponent. Minnesota can surpass that.

Virginia has scored a high of 101 against UMBC and a low of 62 against Campbell.

This game smells to me like last season's invite tournament against an unranked Oklahoma team that turned out to be better than anyone thought at the time.


This game could be exciting to watch. 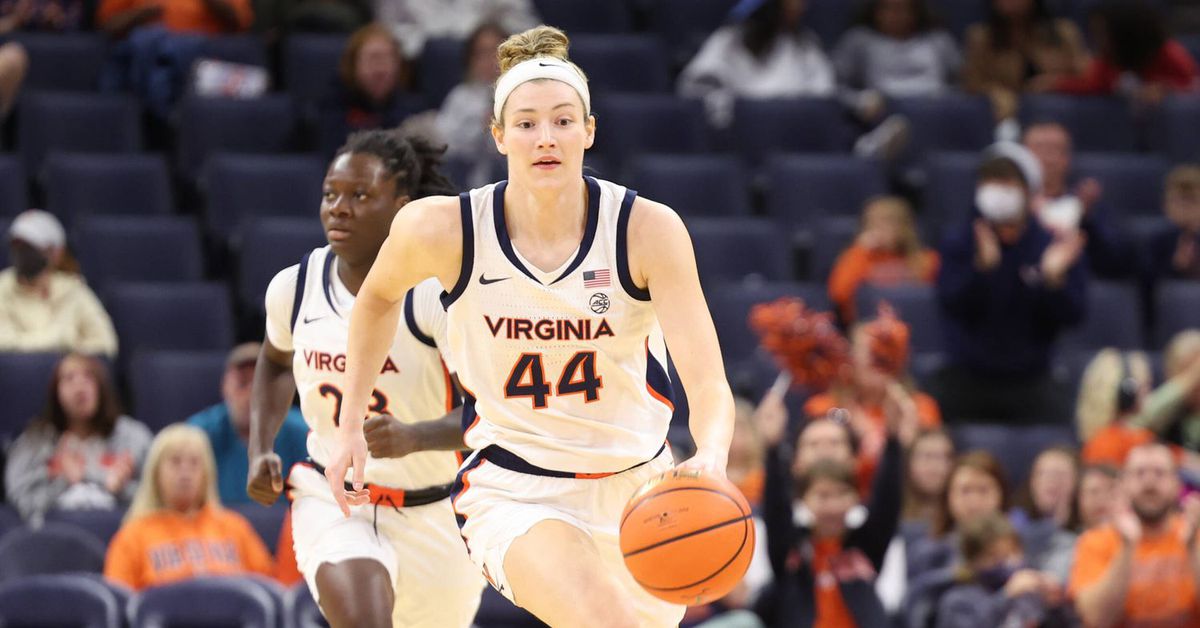 The Plus/Minus: UVA women’s basketball battles back to beat Campbell 62-41

Virginia came into the game averaging 80 points per game. Campbell was allowing less than 55 a game. Something had to give.

www.streakingthelawn.com
Last edited: Friday at 10:19 AM 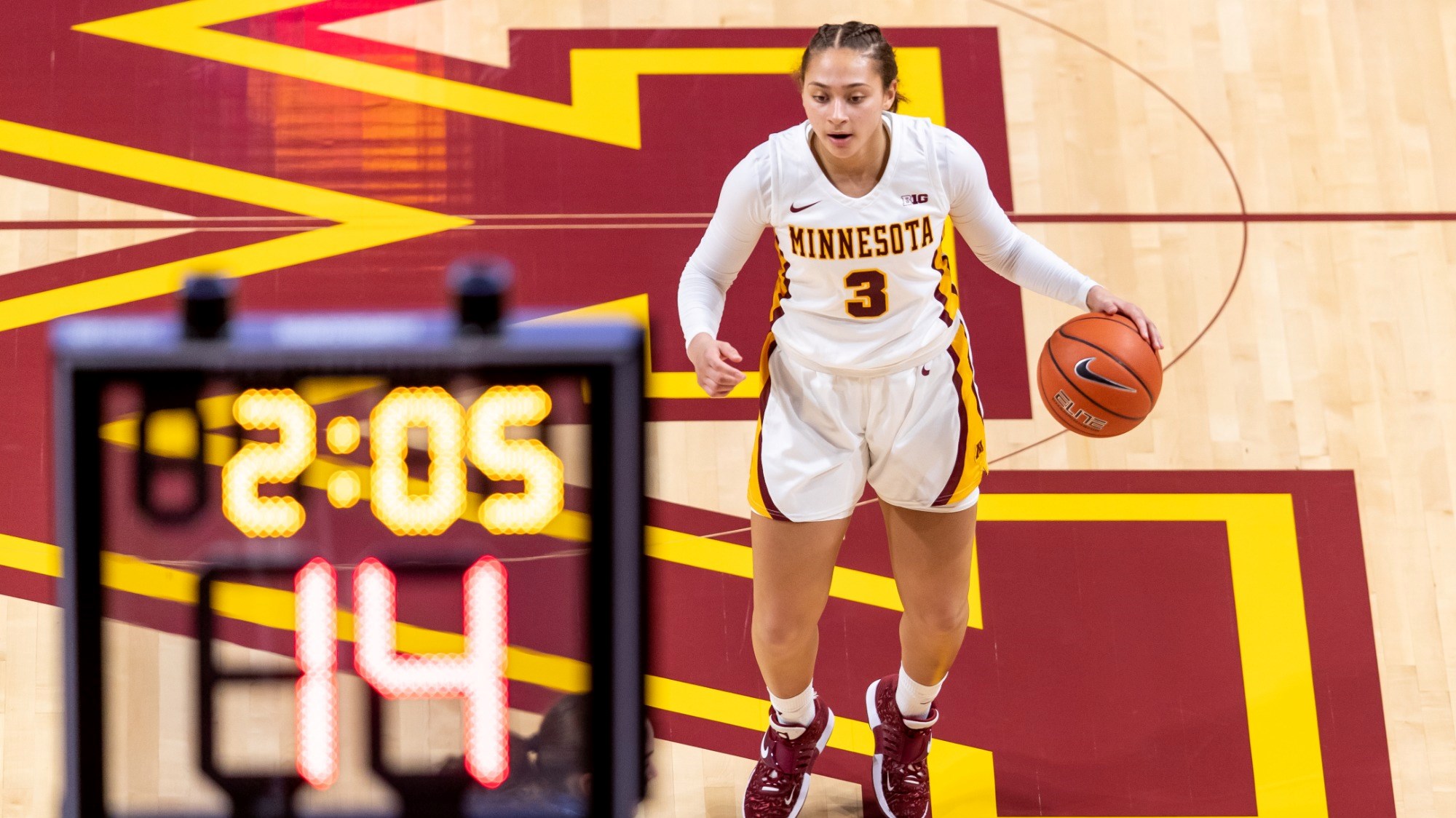 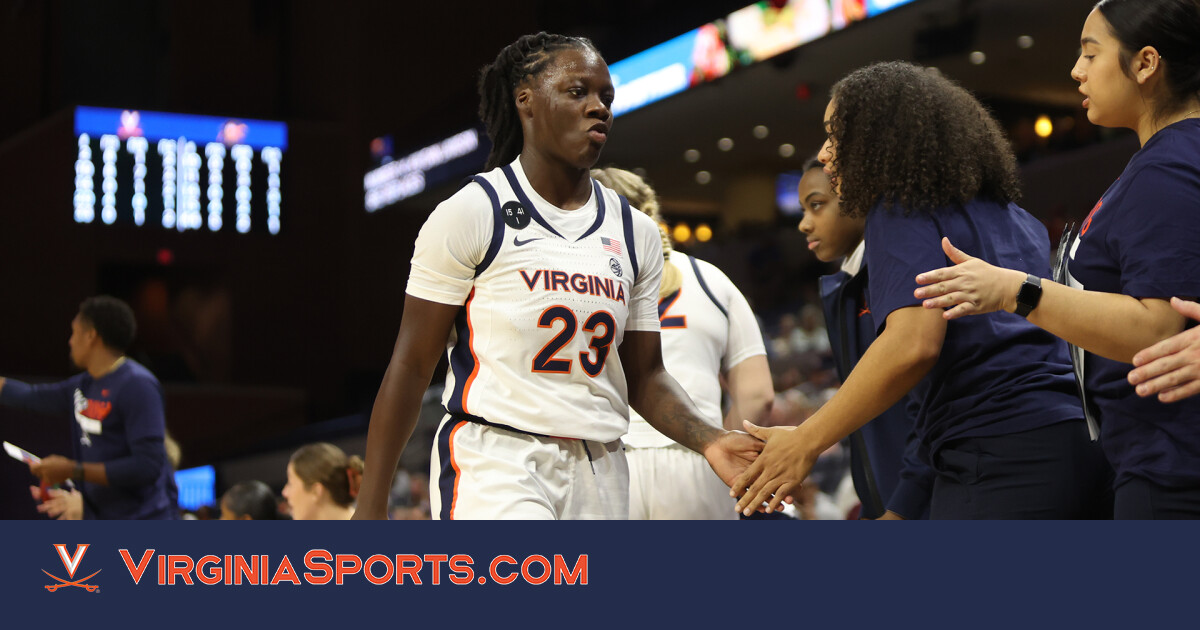 Virginia hosts Minnesota on Saturday and ECU on Sunday. Both games tip at 2 p.m. Liberty plays the 5 p.m. game both days

Rose enters the game with three double-doubles in the last four games.

Too bad it’s on ACCNX. This is the first high stakes game for the season, behind a subscription service to watch it. If the gophers don’t have radio, I guess i’ll just have to follow stats.

I was able to watch the Virginia/Campbell game on ACCNX because the infinity package has the ACC network.

Ignatius L Hoops said:
I was able to watch the Virginia/Campbell game on ACCNX because the infinity package has the ACC network.
Click to expand...

What is the infinity package? I searched for that and can't find it. What service company?

Ignatius L Hoops said:
I was able to watch the Virginia/Campbell game on ACCNX because the infinity package has the ACC network.
Click to expand...

Do you mean Xfinity? Which add-on? 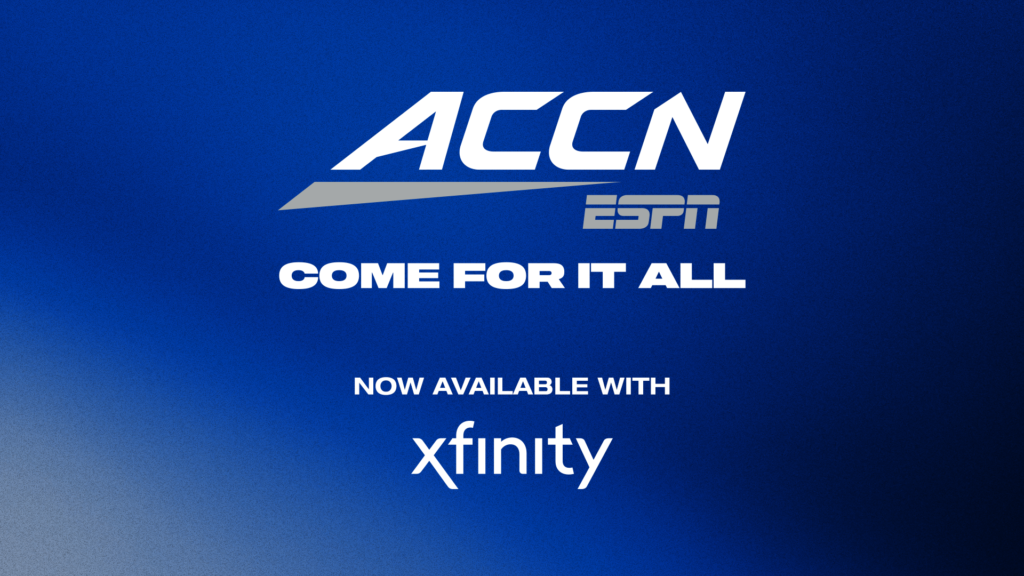 Spectrum has ACCN. But showing a football game at 2:30

Bfan said:
Do you mean Xfinity? Which add-on?

It appears to be the Digital Preferred package with Xfinity (Comcast).

I may already have that as part of my townhome association deal.

Thanks for the clues.

Bfan said:
Do you mean Xfinity? Which add-on?

Yes. Xfinity (I shouldn't type and watch volleyball at the same time)

I logged into Xfinity Streaming and discovered I have access to two games coming up but not Virginia.

Do you have the sports package or whatever it's called with BIG Network?

Bfan said:
Do you have the sports package or whatever it's called with BIG Network?

I have the sports package; but my access to ACCNX is likely because we have a Disney, Hulu and espn+ bundle.