Sure, last season, covid and injuries occasionally shortened the Gopher bench to the length of a loveseat. That’s short; but, Minnesota’s opening opponent, Jacksonville University, sometimes only required a stool for its reserve. For the Dolphins, the short bench nadir arrived in a December 5th loss to FIU 59-64. Head coach, Darnell Haney’s one player bench dissipated as an injury and a foul out forced Jacksonville to finish the game with four players. Shortly, a series of non-covid related injuries had the Dolphins reaching out to other JU sports for practice players. Five were added from the lacrosse, softball, soccer and rowing teams. So, when it comes to last season’s short benches, I assume Haney can empathize with Lindsay Whalen’s covid season experience; but sympathize with it? Forget it.

Nevertheless, Jacksonville finished an injury filled 2020-21 season 4-17 overall and 1-13 in the Atlantic Sun Conference. Before the injury onslaught, the Dolphins opened the campaign with losses to Miami 58-74 and USF 46-84. All in all, it was a tough year for Darnell Haney. Now entering his fourth year as head coach, Haney owns a 36-45 record at JU. Before he moved over a seat in Jacksonville, Haney spent five years as an assistant to Yolett McPhee-McCuin. He was elevated to the top job after McPhee-McCuin was hired by Ole Miss in 2018.

Jacksonville’s women’s program dates from 1999 and features one NCAA tournament appearance (2016) and two WNIT appearances (2017 and 2018) all under McPhee-McCuin. The NCAA appearance followed their only ASUN tournament title. Unfortunately, the reward was a match-up with #1 seed South Carolina.

A Few Players of Note:

The Dolphins best returning players look to be guards; DeShari Graham, Da’Nasia Shaw and Ashley Malone. Graham led the team in assists and steals and was the only Dolphin to play in every game. She had 14 points and 8 boards versus Miami. Shaw returned from injury to play the final six games. Malone started five games and notably scored 17 points in her debut against Miami.

At the post position I’m assuming Virginia Tech Transfer 6’3” Asiah Jones will be in the mix. Jones began her career at Southern Cal before transferring to Virginia Tech where she started 12 games averaging 8.7 points and 5.8 rebounds. I’m guessing Makayla Edwards a 5-11 guard/forward will fill out the starting lineup. Edwards led the team in rebounds with 97 and will launch a three from time to time.

Anyway, the simple team stats are not imposing. Jacksonville averaged 57.9 points/game while allowing 71.1. The Dolphins weren’t much of a three point threat. They were 115/440 from beyond the arc (.261) while their opponents hit at a .315 clip. Still, the good news, is that both the Dolphins and Gophers appear to be at full strength.

Jacksonville University is a private institution founded in 1934 as a two year college. It was fully accredited as a four year college in 1961 and integrated by trustee vote in 1963. It presently enrolls 4,222 students in undergrad and graduate programs.

Jacksonville’s first integrated men’s basketball team was one of college basketball’s most memorable. Future Hall of Famer, Artis Gilmore, led the 1969-70 Dolphins to the NCAA title game where they lost to UCLA 80-69. Along the way, the Dolphins defeated Western Kentucky 109-96, Iowa 104-103, Kentucky 106-100 and St. Bonaventure 104-103 before succumbing to the Bruin’s defense. 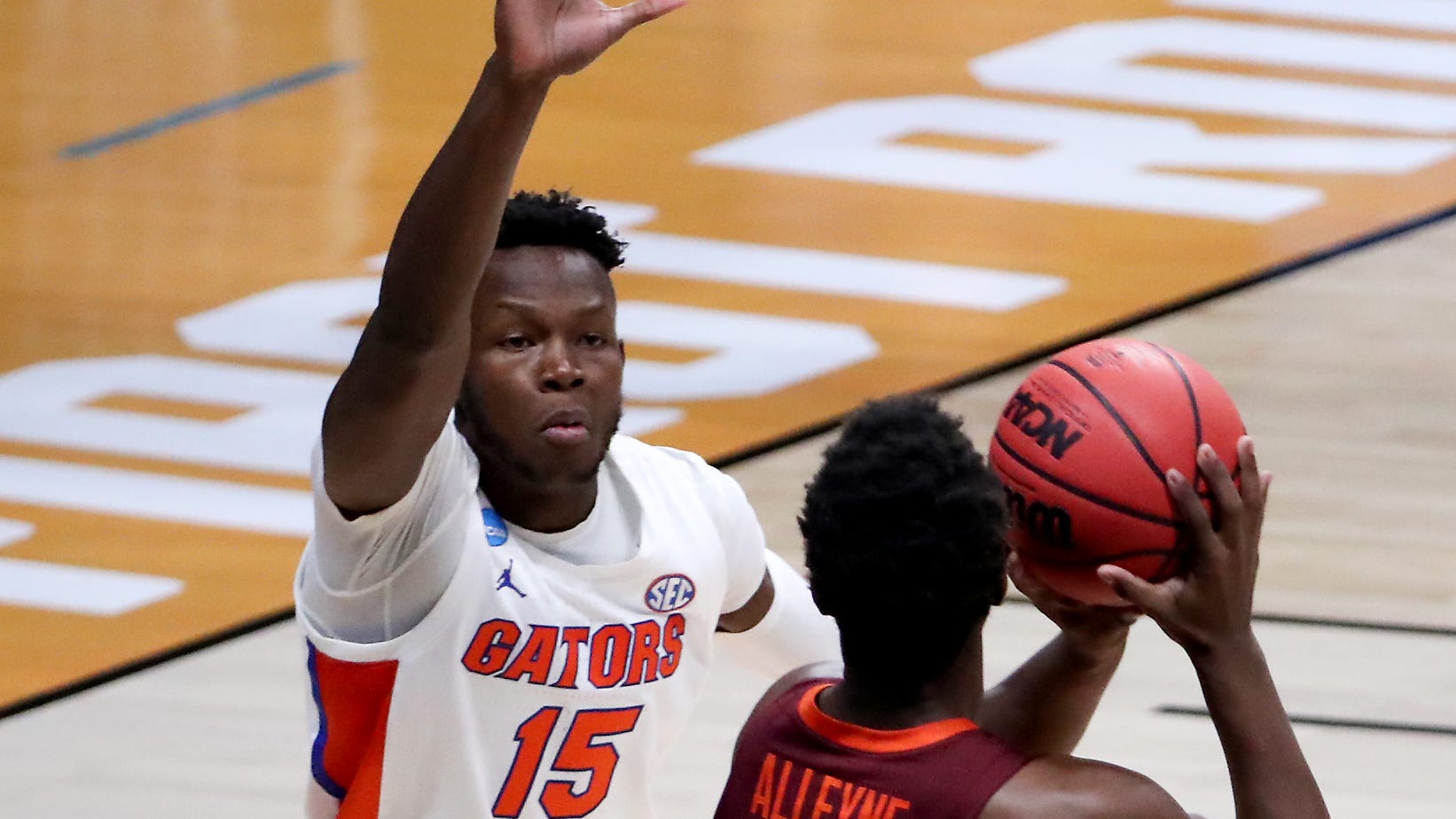 Jacksonville University's basketball programs have upgraded their rosters through the transfer portals -- their coaches hope.
www.jacksonville.com

A bit more on grad transfers Asiah Jones (whom I mentioned) and Taylor Hawks (whom I did not). Sounds like we will see a lot of both.


The JU women will benefit from two graduate transfers, point guard Taylor Hawks, who averaged 11.2 points for Jacksonville State as a junior and made second-team All-Ohio Valley Conference and post player Asiah Jones (6-3), who averaged 8.7 points and 5.8 rebounds in 12 games with Virginia Tech -- after three years at Southern California.

"She's the little general," Haney said of Hawks, a Gainesville native. "She takes care of business on the floor and off the floor, and does a great job of leading our team. She's got a little Chris Paul in her. She does all the little things right, is a great defender and can shoot it."

Of Jones, Haney said: "she's super-athletic and can score in a variety of ways."

Hawks could have stayed in Jacksonville State, which joined the ASUN this season and played against JU. But she said she needed a change.

"A new city, new atmosphere, different coaches ... I have really gelled with the new team," she said. " It's been a great experience so far."
Click to expand... 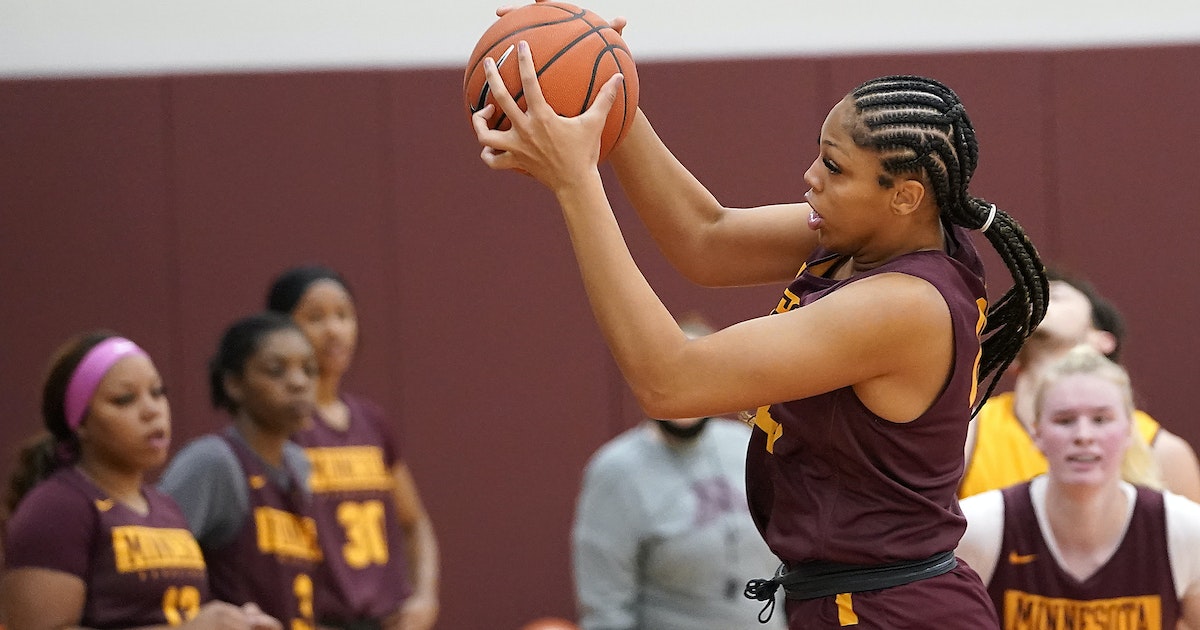 The Gophers return an experienced lineup against the Dolphins, who went 4-17 last season.

Gophers update: The Gophers begin their fourth season with coach Lindsay Whalen at the helm with a starting lineup that should look familiar to the one the team fielded when healthy last season. ... PG Jasmine Powell and G Sara Scalia each averaged 14.5 points per game last season. G Gadiva Hubbard is back for her final season, and F Kadi Sissoko could be poised for a big season. The question is who will start at center. It could be veterans Bailey Helgren or Kayla Merson or junior Klarke Sconiers. Sconiers' scoring ability could make her a good fit coming off the bench with the reserves. The Gophers have won their opener in two of Whalen's first three seasons.
Click to expand...

Sconiers not starting, I kinda like that. Someone has to take command of the center position.

Aargh, in addition to the annoying start time, it's frustrating only to be able to listen to this. Should it really be this close?

It should not be this close, not at all. If Minny is a tournament team, beating Jacksonville is a must.

Rough shooting day for every Gopher not named Scalia.

This has been hard to watch. The speed and athleticism of Jacksonville continues to be an issue. Surviving on 3 pointers. Would like to see Strande or Micheaux. Some guards are too slow for this pace.

thatjanelpick said:
Aargh, in addition to the annoying start time, it's frustrating only to be able to listen to this. Should it really be this close?
Click to expand...

Minnesota is clearly the better team. Too many quick shots and bad turnovers. Also not shooting well from anywhere.

Thank goodness for Scalia, she is having a heck of a game. We would be down double digits if she was off her game.

This should not be a back and forth game with Jacksonville. My goodness.

Just a reminder.
Jacksonville was 1-13 in the ASUN last season

Looks like the gophers want to be WNIT bound, not NCAA. Change my mind

MOGopher said:
Just a reminder.
Jacksonville was 1-13 in the ASUN last season
Click to expand...

Im not defending the Gophers here but Jax has been a pretty good low major program in the past and they got a bunch of transfers including a starter from Vtech.

So nothing has changed. This frustrates me!

This is just so hard to watch. I have no idea how the team can come out and play like this.

Well, at least the Gopher lost to the prestigious U of Jacksonville and not a bottom team in the NCAA.

It’s these kind of losses that keep a bubble team out of the tourney. Ugh.

8 turnovers in the 4th quarter and most of them were terrible ones.

Well I'm at least grateful they showed me who they are early - So I don't have to waste any more time on them this year.

Nothing new in the offense. Poor passing. Standing around waiting for the ball. No one able to play center. Can't generate a fast break. Terrible 3 point shooting. No energy.
It will be a long season.

whalenfan said:
8 turnovers in the 4th quarter and most of them were terrible ones.
Click to expand...

There is no accountability for these guards (charges, turnovers, bad passes). That starts with the head coach. Rotate guards/ players until you can find a group that works together. The starters scored 9 in 1QTR. This game was supposed to be a layup.

adamj95 said:
Looks like the gophers want to be WNIT bound, not NCAA. Change my mind
Click to expand...

They are bound for neither.

Sad to say but I don't see much improvement over last year: Powell not seeing teammates when they're open and throwing them ill-advised passes when they're covered, Sissoko out of contro and still missing easy shots, and the bigs are just that, big. Scalia was excellent (except for some silly passes), and Winters looks like a fine addition, but other than that, blah.

Golfgalmn said:
Nothing new in the offense. Poor passing. Standing around waiting for the ball. No one able to play center. Can't generate a fast break. Terrible 3 point shooting. No energy.
It will be a long season.
Click to expand...

I was surprised they didnt try to push the ball more, with Powell and Sissoko running and shooters on the wings that should be where were best. We knew the 5 spot was gonna be an issue but it was worse than expected. We really need Sissoko to be good game in and game out from here on or its gonna be a struggle.

Whalen hasn't proven a thing as a coach, and she often gets a pass by the media because she is the Golden Girl. It is obviously just one game, but a lesser opponent on your home court is not a good start. And having a point guard who is a poor decision maker is a recipe for disaster.

I am working so I didn’t not see all the game. Thankfully. Under 2 minutes the SOB was a 1 v1 play of Powell going to the hoop. Or at least that was what they ran. Next possession was Powell dribbling and then pulling up for a 15 foot shot. This is the time in the game where you need set plays. You also need players to execute them. I am not a Powell friend and I think I have made that clear on this board. However with Borowicz being out I really hoped she would surprise me. I did like what I saw from winters. I wanted more Strande minutes last year and now I’m basically begging for them. The energy was a disappointment too. I am disappointed that Micheaux didn’t play.

I am the biggest Whalen fan and have not given up hope on her. However these last 2 weeks have been hard. I thought she was not good at the HS coaches clinic and now I’m disappointed in this performance.

thatjanelpick said:
Aargh, in addition to the annoying start time, it's frustrating only to be able to listen to this. Should it really be this close?
Click to expand...

They had hoped that today would be the annual kids game, thus an early start. However, as COVID rates keep being problematic, the kids day did not happen.