From Scout Team Member to Record Setter, Mohamed Ibrahim Has Seen it All

If you are trying to come up with one individual on the Minnesota football team who personifies what head coach P.J. Fleck and his staff’s culture is and what it means to be a Gopher, look no further than running back Mohamed Ibrahim.

Ibrahim, who has played in only 32 career games in six years, has bounced back from a significant injury that sidelined him for nearly the entire 20221 season. Last Saturday against Colorado, Ibrahim rushed for three touchdowns and the bulk of his 203 yards came in the first half. His third score of the day tied him with Darrell Thompson for the most career rushing touchdowns in school history at 40.

Although this is a major accomplishment, Ibrahim, like he always does, did not want to spend too much time making a big deal of his own personal accomplishments.

“DT (Darrell Thompson), he was a big part of Minnesota history,” said Ibrahim. “Just to be tied with him is amazing. It says a lot about my team getting me into the end zone.”

Ibrahim has always put his team ahead of his own personal acclaim. Although there are times, which were evident last Saturday, where he can physically lead the team into the end zone or pick up a crucial first down with his legs.

Thompson, who played for the Gophers from 1986-89 and holds nearly every Minnesota rushing record, is impressed with how far Ibrahim has come as a player and leader.

“The first word that comes to mind when I think of Mohamed is ‘unheralded’,” Thompson said. “I mean he’s a guy who worked for everything he has and who emerged up the depth chart and waited his turn behind two other great running backs and then when they went down, he had 200 yards in his first bowl game.”

Thompson has a unique perspective as he has witnessed all 40 of Ibrahim’s touchdowns in person as he serves as the on-air analyst for the Gopher Radio Network.

“When I watch Mohamed, I notice that he just has juice,” Thompson explained. “To have juice essentially means that as a running back you can do whatever you want on any given play”. 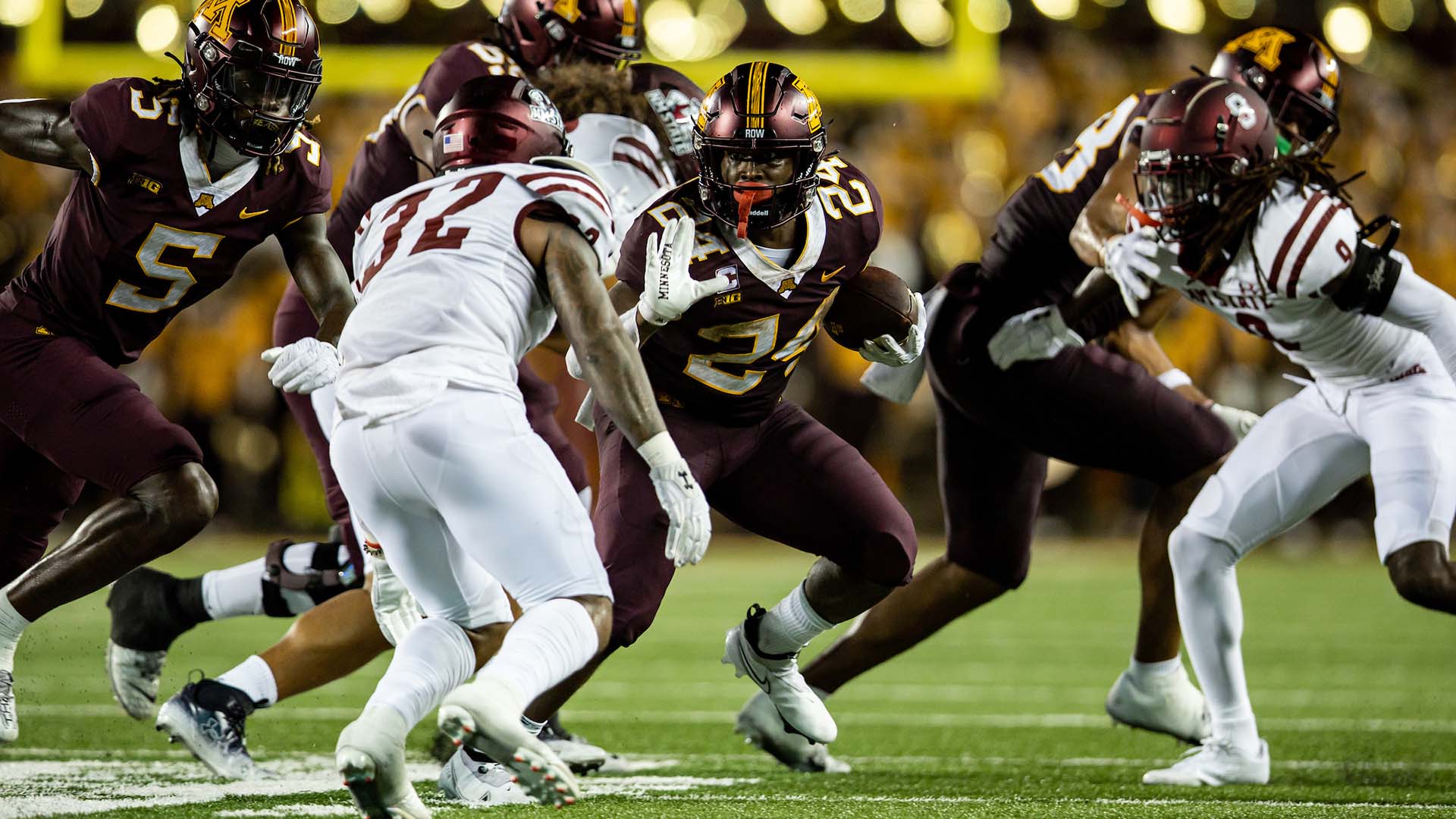 If you are trying to come up with one individual who personifies what head coach P.J. Fleck and his staff's culture is and what it means to be a Gopher, ...