"I am very excited about the additions to our Citadel basketball staff. We have an accomplished staff of great teachers, great mentors, and winners at the highest levels of basketball. We will strive to be the premiere program in the country when it comes to overall player development. We want to be the blueprint that other programs model. Our staff will consistently bring great energy and a positive attitude, and will be terrific representatives of and additions to the Citadel community. This staff has worked in winning programs at the highest levels, including the Big 10, ACC, SEC, Big East, American, CUSA, WAC, ASUN, Colonial, and SOCON."
Click to expand...

Conroy was a four-year letter winner at the University of Minnesota from 2017 to 2021 under head coach Richard Pitino. A three-year walk on, he received a scholarship his senior year and was a three-time Academic All Big 10. The Gophers reached the 2019 NCAA Division I Tournament, posting a first-round win over Louisville. During his time at Minnesota, Conroy played under Ben Johnson (current Head Coach Minnesota), Kimani Young (current Associate Head Coach – UCONN) and Rob Jeter (current Head Coach – Western Illinois). He also played alongside several notable players at Minnesota, including: Amir Coffey (Clippers), Daniel Oturu (32nd overall Draft Pick), Jordan Murphy (2nd in Rebounds in Big Ten History), Marcus Carr (current PG at the University of Texas). His career at Minnesota concluded with Conroy receiving his Bachelor's in Business and Marketing Education and Master's in Youth Development Leadership.

He moved on to Jerry Stackhouse's staff at Vanderbilt University as a Graduate Assistant for the 2021-22 season, where the Commodores reached the SEC Quarterfinals and NIT Quarterfinals in their first postseason appearance in five years. His one season there coincided with the emergence of Scotty Pippen Jr., who led the SEC in scoring, earned his second All-SEC First Team selection, while receiving honors to the Lute Olson All-America team and the Tennessee Sports Writers Association State Player of the Year. Conroy earned his Master's in Human Development Studies.

Conroy is enrolled in the Leadership in Higher Education program at The Citadel. He is the son of head coach Ed Conroy and his brother Riley is an assistant coach at Southeastern Louisiana. His basketball family extends to his uncle Duffy Conroy – assistant coach at Tulsa, uncle Matt Devlin – play-by-play announcer for the Toronto Raptors, cousin Liam Robbins – center at Vanderbilt, cousin Declan Robbins – manager at Lipscomb University, cousin Jack Devlin – Iowa basketball. Additionally, his cousin Luke Devlin was drafted by the Pittsburgh Penguins in the 2022 NHL Draft. Conroy has been active on the basketball camp scene with experiences at The College Basketball Academy and with The UAA Circuit.

"Hunt will provide great value as he was a player for us at Minnesota for 4 years as well as on staff at Vanderbilt this past season. He is a terrific addition to our staff and has a very bright future in coaching. He has already shown a unique ability to communicate and teach the game efficiently and effectively with elite players. He also brings the knowledge of our system with perspective of both a player and a coach." – Ed Conroy
Click to expand... 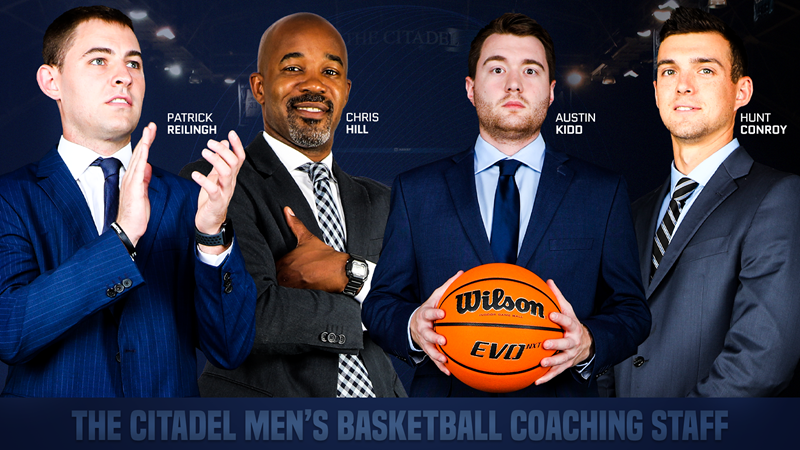 He’ll do a Good job for dad. Congrats Hunt!

Good luck to the Conroy's.

Hopefully they can get off the list as one of the NCAA Teams that has never been to the Tournament (eligible since the event started).

nothing gets me more excited than nepotism

Hopefully they can get off the list as one of the NCAA Teams that has never been to the Tournament (eligible since the event started).

Wow, William & Mary surprises me, they've had some decent players.

Wow, William & Mary surprises me, they've had some decent players.
Click to expand...

Yeah, Mary can shoot, William holds them back tho