We need some positivity up in here, If this doesn't get your turkey chili nuclear, you got a big azz piece of coal coming in about a month - 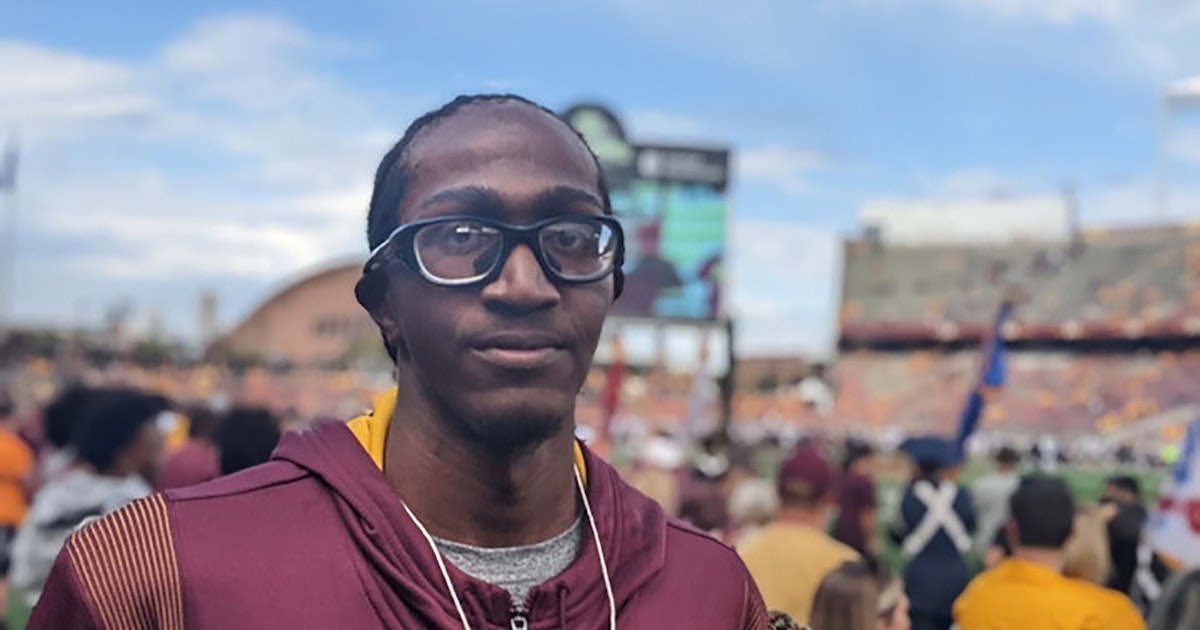 The five-star Gophers recruit made the hour trip from his home in Riverside with his high school coach to watch his future team.
Not only did Ben Johnson's team pull off a thrilling overtime win, but they did it in front of the Gophers' best recruit in 20 years.
"It was really exciting to get to see them up close in action," Evans told the Star Tribune. "I could definitely see how hard they play and how badly they want to win."

Even current U players such as All-Big Ten preseason junior Jamison Battle noticed Evans, who witnessed the Gophers escaping Cal Baptist in overtime to advance to Wednesday's championship vs. UNLV.
"To see Dennis in the crowd, that's big," said Battle, who made his season debut Monday coming off foot surgery. "For him to see us get a win like this and see us play in his home state, that's big."

Johnson signed a high-profile 2023 recruiting class with Evans and Illinois guard Cameron Christie earlier this month showing how much the program is trending upward by adding major talent.
Evans, who had 23 points, 10 rebounds and four blocks in one of his first games for Riverside Hillcrest this season, likes the Gophers style of play. He pointed out how they focus on ball movement and put an emphasis on featuring their post players, including freshman Pharrel Payne and transfer Dawson Garcia, who scored the game-winning basket Monday in overtime.

"They definitely have a good style of play making sure to read mismatches," Evans said. "Trying to create what the best shot is."
The Gophers big man of the future has been impressed by the program's gifted young big man of the present. The 6-9, 255-pound Payne had a career-high 15 points and 13 rebounds off the bench against Cal Baptist.

Payne is leading the U freshmen this season, averaging 9.2 points and 6.8 rebounds through five games. His inside presence with his first career double digit game on the boards was critical when Garcia was in foul trouble in the SoCal Challenge opener.
Payne's basket in overtime also put Garcia in position soon after to give the Gophers the lead in the waning seconds. Payne's growth by his sophomore season should take pressure off Evans to carry the frontcourt load in his first year in college.

Evans looks forward next season to playing with the Gophers talented 2022 class. Payne and fellow freshmen Jaden Henley and Braeden Carrington combined for 28 points on Monday.

Henley, who has his family in attendance, also grew up playing with Evans in California.
"It was [cool] seeing the younger players getting a chance to prove they belong," Evans said.
How the Gophers fans cheered their team on to the victory and reacted jubilantly to him being in attendance was humbling and "not something I'm used to," Evans said with a smile.

"I'm glad to see they're so excited to have me," Evans said. "And they're so welcoming to have me be part of the program."

Good stuff. Thanks for posting.

The nice thing about basketball compared to football is that 2-3 recruits can turn a program around while football takes a lot more. Hopefully next years class can do that for the basketball team.