Five Gophers who will have a breakout year. 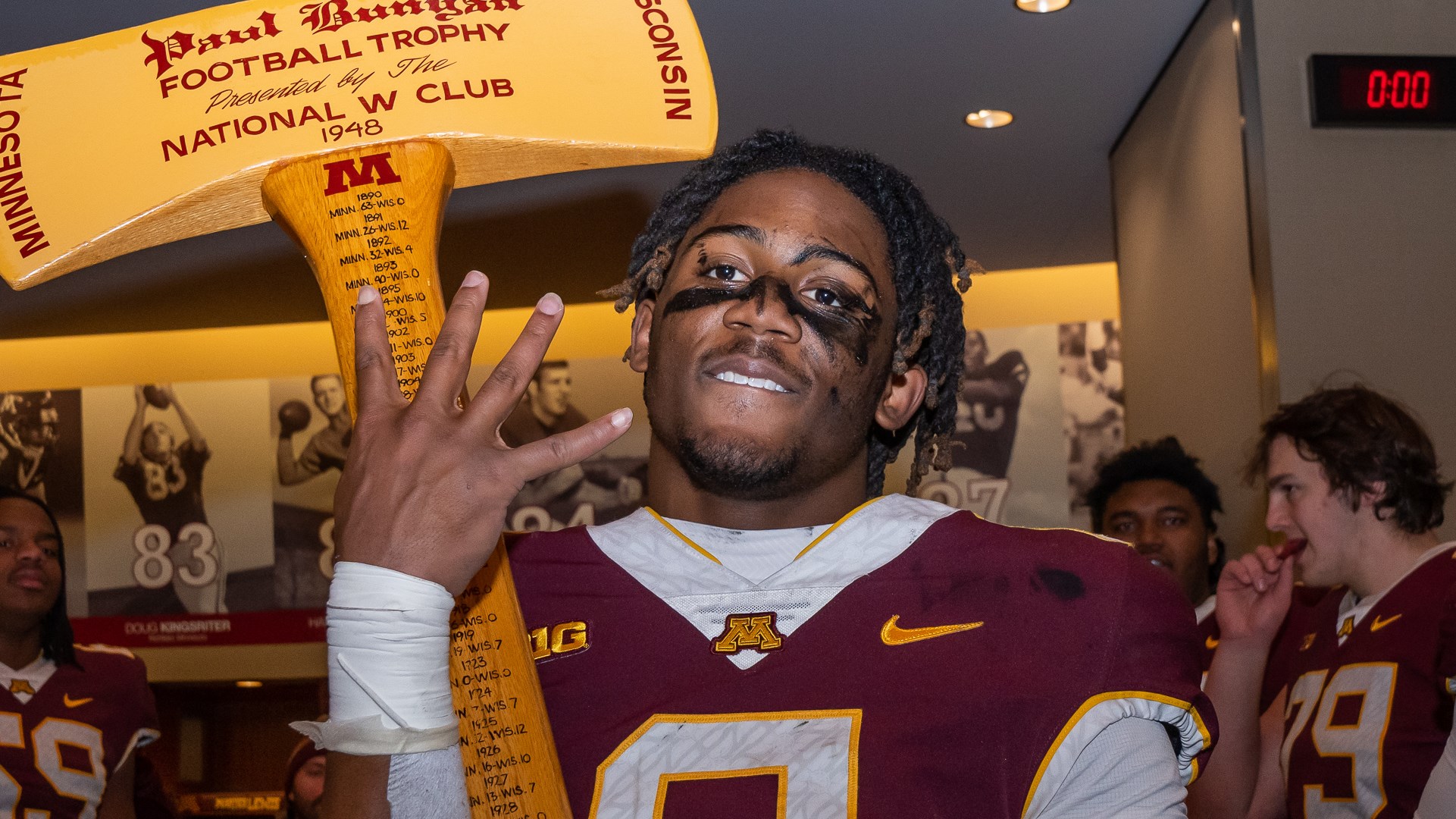 Five Gophers who will have a breakout year - GopherHole.com

–> Follow @N0elthompson on Twitter The Gophers enter the 2022 season coming off a successful 2021 season under coach P.J. Fleck, where they finished with a 9-4 record. It was the program’s fourth nine-win season since 1904. Four players from the 2021 team were drafted into the NFL, with just as...


Five Gophers who will have a breakout year.

The Gophers enter the 2022 season coming off a successful 2021 season under coach P.J. Fleck, where they finished with a 9-4 record. It was the program's fourth nine-win season since 1904. Four players from the 2021 team were drafted into the NFL, with just as many signing on to teams as free agents. Minnesota loses impact players on both sides of the ball but returns plenty of talent to make a run for the Big Ten West. To make that run, they will need players to have a breakout season. Below are my five players who I think will have a breakout year.

Entering last season, the St. Cloud native entered the year with only five receptions, 29 yards, and two touchdowns. He surpassed all of those numbers last season when he finished the year with 23 catches for 296 yards and one touchdown. Bervyn has worked hard over the years and has developed into one of the most athletic tight ends Minnesota has seen in a while. To take pressure off the wideouts and run game, quarterback Tanner Morgan has a great weapon at tight end to use in the red zone and off play-action. I see Spann-Ford building off a good year from last year and having an even better year this season.

The Texas A&M transfer played in 12 games last year for Minnesota where he finished with 18 receptions, 365 yards, and two touchdowns. He led the team last year with 20.28 yards per catch. Dylan showed his potential right away in the first game of the season, where he caught five passes for 57 yards and one touchdown against Ohio State. Wright has all the tools to be a legitimate deep threat for Minnesota and to take advantage of defenses focusing on WR Chris Autman-Bell to make plays. In his second year at Minnesota, I see Wright solidifying himself as a top wideout on the team.

The former Mr. Football of Mississippi and true freshman played in all 13 games and started the final six games last year. He made 29 tackles, broke up seven passes, recovered two fumbles, and had one interception which was good enough for him to be named to the 247Sports True Freshman All-American team. Minnesota will enter the season without their top defensive back from last year in Coney Durr, who graduated and attended the Vikings' rookie camp. Walley will take Durr’s spot on the depth chart and will be counted on as their shut down corner for the future. No doubt he has the skills to fill in the shoes. Walley earned the highest true freshman grade in college football last year with a 76.7, per Pro Football Focus. Walley finished last year strong and I expect him to build off of it this year.

Both starting defensive ends from last year, Boye Mafe and Esezi Otomewo got drafted into the NFL. A player that was one of the first to sub in for them was Thomas Rush. Rush finished fourth on the team in pressures and hurries last season, where he ended up recording 31 tackles, 7.5 tackles for loss, and 5.5 sacks. His 5.5 sacks were second on the team. This is year five now for Rush and the Ohio native has some big shoes to fill. I expect Rush to be in the backfield quite a bit this year and have a breakout season.

The Georgia native started 11 of the 12 games he played in last year and finished with 21 tackles, five tackles for loss, and one sack. Carter has played his fair share of snaps the last few seasons, but Rossi developed a good rotation of fresh bodies on the defensive line to help create one of the best defenses in the country last year. The concern now with that rotation is that it doesn’t include Nyles Pinckney and Micah Dew-Treadway. Trill will have every opportunity to step up and be an impact player this season, and I expect him to have a breakout year being a leader on the defensive line.