Mike Rallis played football for the Gophers and earned two degrees — marketing and entrepreneurial management — as a double major in the Carlson School of Management. His background in both endeavors has come in handy in his professional career.

If you need proof, he will smash a metal folding chair over your head and then shout into a microphone to draw attention to his brute strength.

And don't call him Mike anymore. His new name is Madcap Moss, a burgeoning WWE performer with long black hair, silvered tongue and a body sculpted like Zeus.

Growing up in Edina, the man once known as Mike Rallis often attended Timberwolves games at Target Center.

On Friday night, that same man will enter Target Center to music and flashing lights to battle his friend-turned-rival Happy Corbin in a "Last Laugh" match at WWE's SmackDown event (7 p.m., FOX).

"I'm really excited to be able to show Minnesota what I have done with myself since being away for 10 years," Rallis said.. 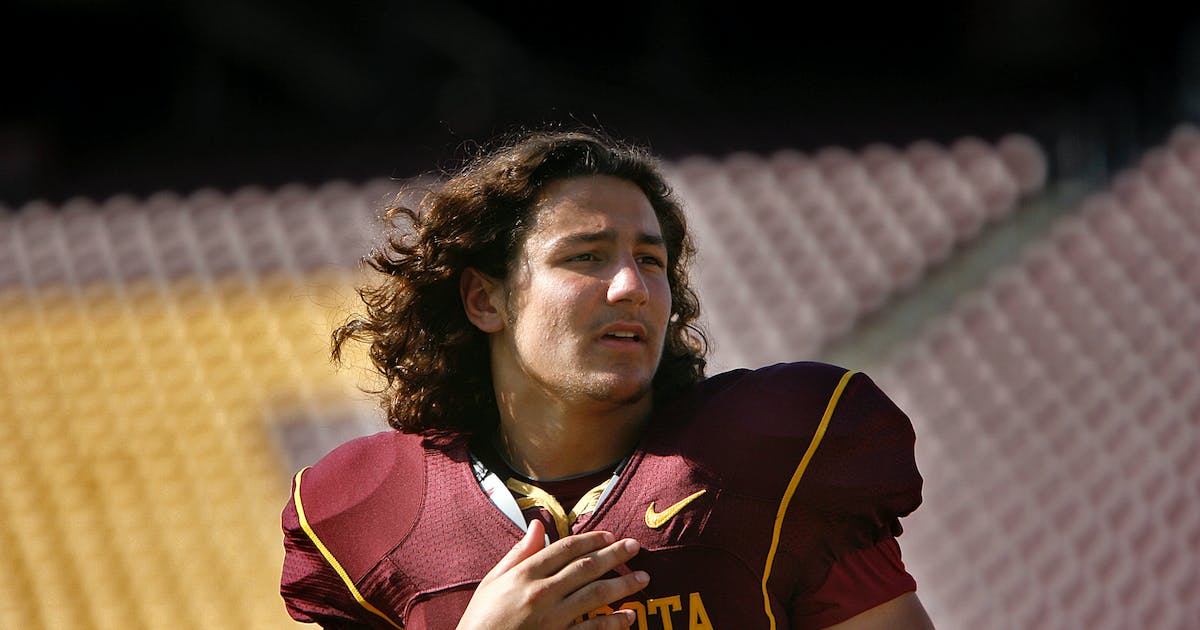 Mike Rallis left the University of Minnesota with degrees in marketing and management, but needed a new set of skills to learn the work he'll show off tonight at Target Center as 'Madcap Moss.'