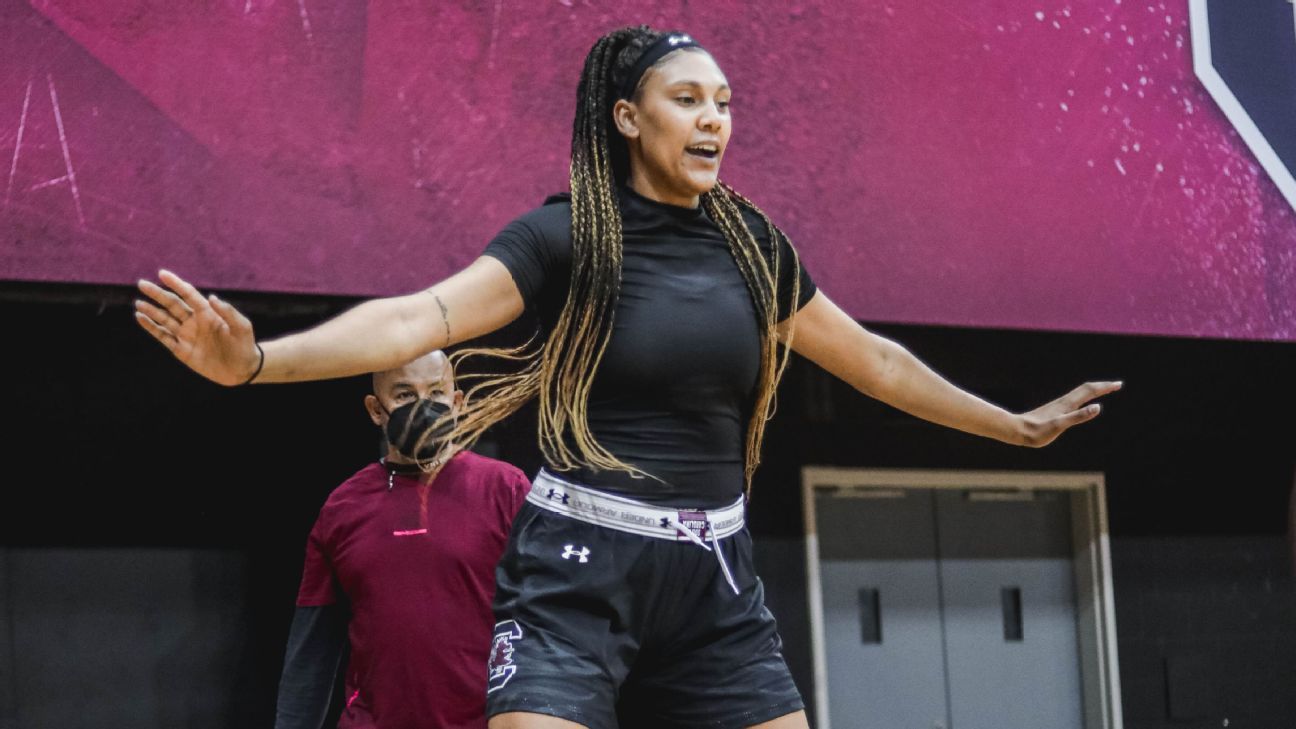 Which transfers will make the most impact? Kamilla Cardoso, Jordan Lewis and Dorka Juhasz are all on new teams after a busy offseason of movement.

Some good players out of the B1G: Dorka Juhasz, Diamond Johnson, Aaliyah Patty and Irmani Lewis

Her college career has been a cross-country journey. Mikesell played two years at Maryland, spent last season at Oregon and is now back in her home state of Ohio. Three-point shooting is her specialty, with a combined 185 for the Terps. But she never got in a good groove with the Ducks from behind the arc, going 39 of 117. -- Voepel

After being upset by BYU in the first round of the NCAA tournament, Rutgers had five players transfer out and eight transfer in, six of those from Division I. That includes Petree, an all-Missouri Valley first-team pick the last two years who played at Bradley with younger sister Mahri Petree, who has transferred to UTEP. -- Voepel

Carr played three seasons at Kansas State while her father, former NBA player Chris Carr, was an assistant there. She's now with Syracuse, while her dad is an assistant with Drury's men's program in Springfield, Missouri, about 40 miles from where her younger brother, hoops prospect Cameron, is in prep school. Christianna will be among those trying to help the Orange establish a new culture after 11 players transferred and coach Quentin Hillsman resigned this summer. -- Voepel