ESPN: 'It's a pretty big fall': How everything changed for Phil Mickelson in just one year

Try to imagine, as you watched the final moments of the PGA Championship at Kiawah Island's Ocean Course last year, how you would feel if someone had told you -- in that moment -- Phil Mickelson was on a path to become the most divisive figure in professional golf.

How could the outpouring of affection that was unfolding, the throngs of jubilant fans chanting "Lefty! Lefty! Lefty!" as they stampeded over the ropes just so they could be close to him in the fairway, fade in a year's time?

How far would the oldest major champion in history have to fall that he would choose, by his own accord, to not even defend the Wanamaker Trophy?

It happened, as Ernest Hemingway once described the act of going broke, gradually, then suddenly. But one year later, here we are, with Mickelson choosing to skip his second straight major, still mired in the controversy he set in motion by airing his frustrations with the PGA Tour and flirting with joining LIV Golf, the upstart professional tour financed by the sovereign wealth fund of Saudi Arabia.

But the damage Mickelson did to his own reputation in his attempt to leverage both sides -- trying to use the prospect of joining LIV Golf to extract various concessions from the PGA Tour, then boasting about it to a journalist writing a biography on him -- is hard to overstate. Even his friends concede that much.

"It's crazy," fellow pro Kevin Kisner said. "It's a pretty big fall. I can't imagine what he's gone through mentally and emotionally through that whole year. But a little bit of humble pie never hurts anyone."

Nearly all of them are asking the same question: How in the hell did we get here? 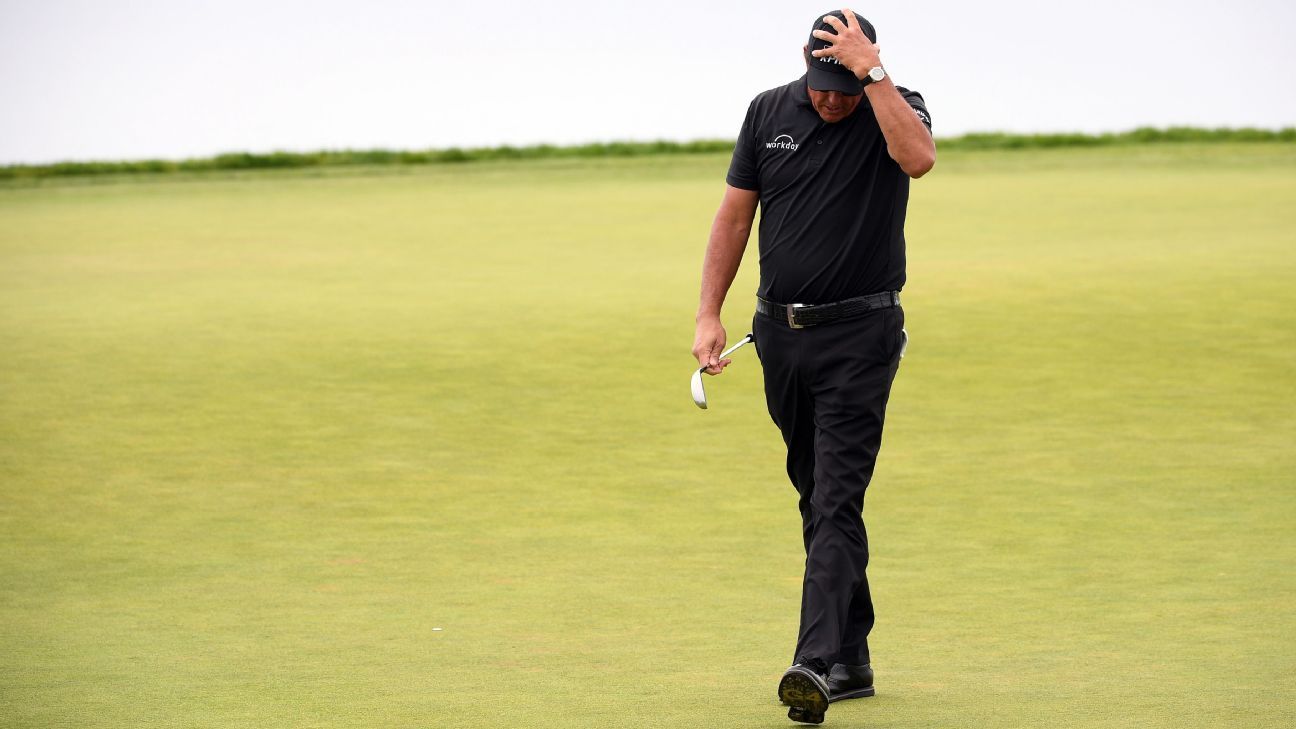 'It's a pretty big fall': How everything changed for Phil Mickelson in just one year

A year ago, Phil Mickelson was on top of the world, golf's oldest major champion at age 50. This week, he won't be at the PGA Championship. How did it all fall apart so fast?

Back in January if someone said Phil will not be playing in the Masters nor defending his PGA Championship, but Tiger would be teeing it up in both events, I would have found that unfathomable.

I blame those dumb looking sunglasses Phil wore at his PGA win.

The shades were not for vanity. 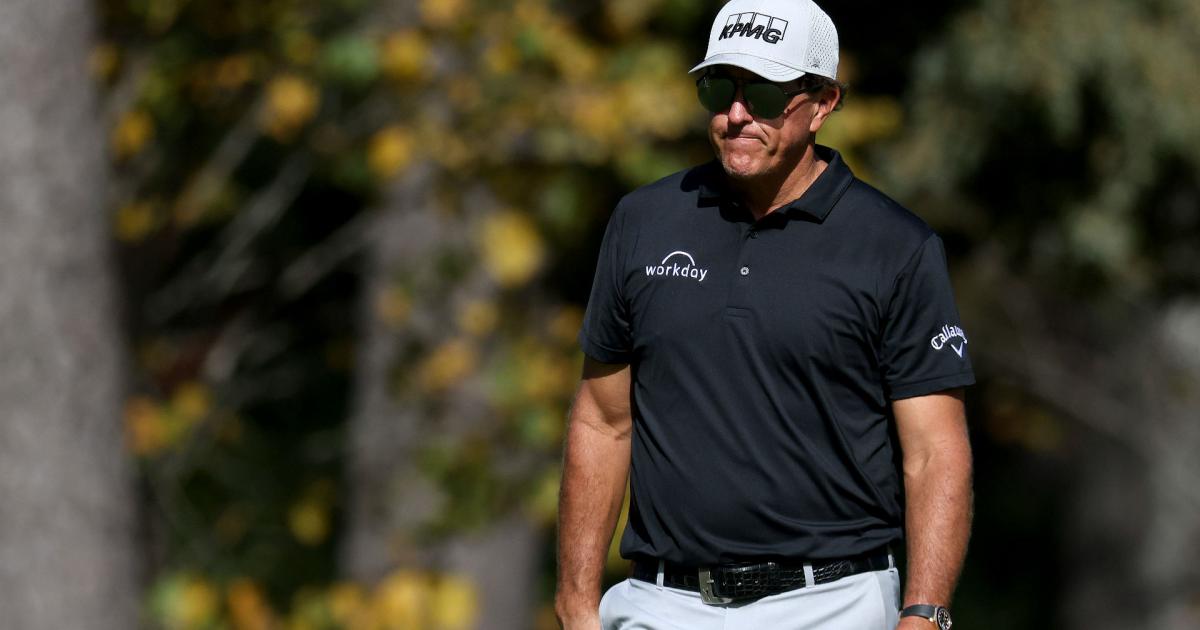 Phil Mickelson recently began wearing sunglasses while golfing, and he has a good reason for it. Here's how the 50-year old came to breaking out the shades.

Ope3 said:
Back in January if someone said Phil will not be playing in the Masters nor defending his PGA Championship, but Tiger would be teeing it up in both events, I would have found that unfathomable.
Click to expand...

Ope3, I appreciate the Gump Worsley photo! That was an amazing time for hockey.

Nobody is immune from pissing off the wrong people. Phil's actions could/would cost the PGA Tour and a lot of Tour players a possible shitload of money. Have to expect that he was going to be targeted with all guns blazing

Elizabeth Nelson wrote a similar piece for The Ringer:

LakevilleBro said:
Ope3, I appreciate the Gump Worsley photo! That was an amazing time for hockey.
Click to expand...

Thanks! I was trying to channel good vibes for Fleury/Talbot and the Wild. Oh, well.

1st game my dad took me to the Met was in 1973. He said I threw a fit when we found out Cesare Maniago was getting the start instead of the Gumper.

I see Greg Norman recently stood up for the Saudis as well. In referring to the brutal murder of journalist Jamal Khashoggi he said "We I'll make mistakes.". To my mind that seems even worse than what Phil said especially since he'd already seen the backlash.

I hate to pile on Phil, but this is really not cool.

Even happier now that JT won yesterday with Bones on the bag. He was also pretty solid in his role with Golf Channel/NBC. 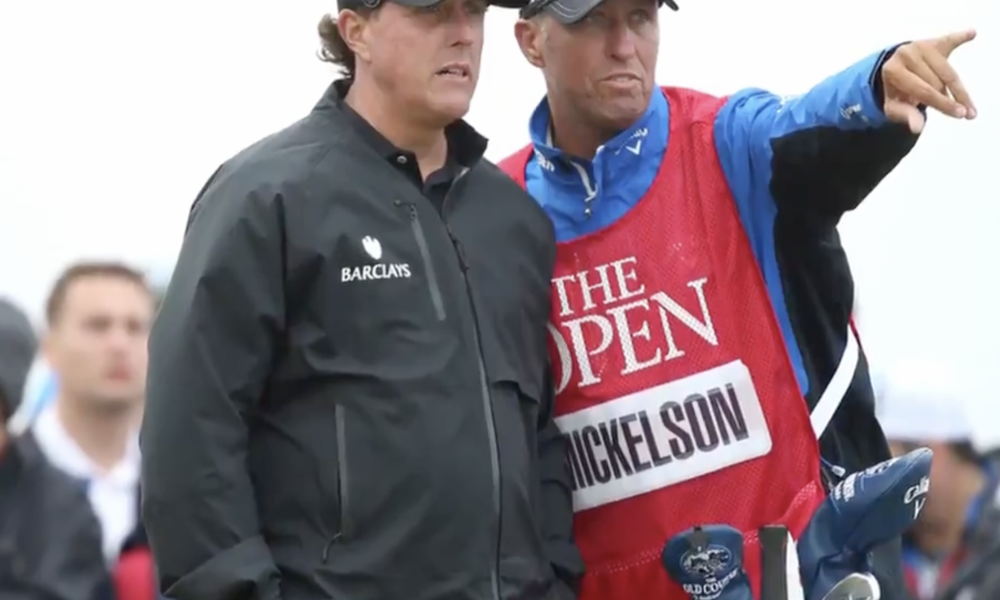 According to an upcoming biography, Phil Mickelson lost an astounding $40 million gambling between 2010 and 2014. Related: Why a furious Phil Mickelson confronted Vijay Singh in the locker room at the 2005 Masters Later this month, the biography called “Phil: The Rip-Roaring (and Unauthorized!)...

a lot of this is his personal business. Tho I am entertained reading it.

Phil is one of the most erratic gamblers I hear about. Money continues to be the root of all evil. He has destroyed his life and reputation over money. To support the Saudis, you support 9/11 as well.