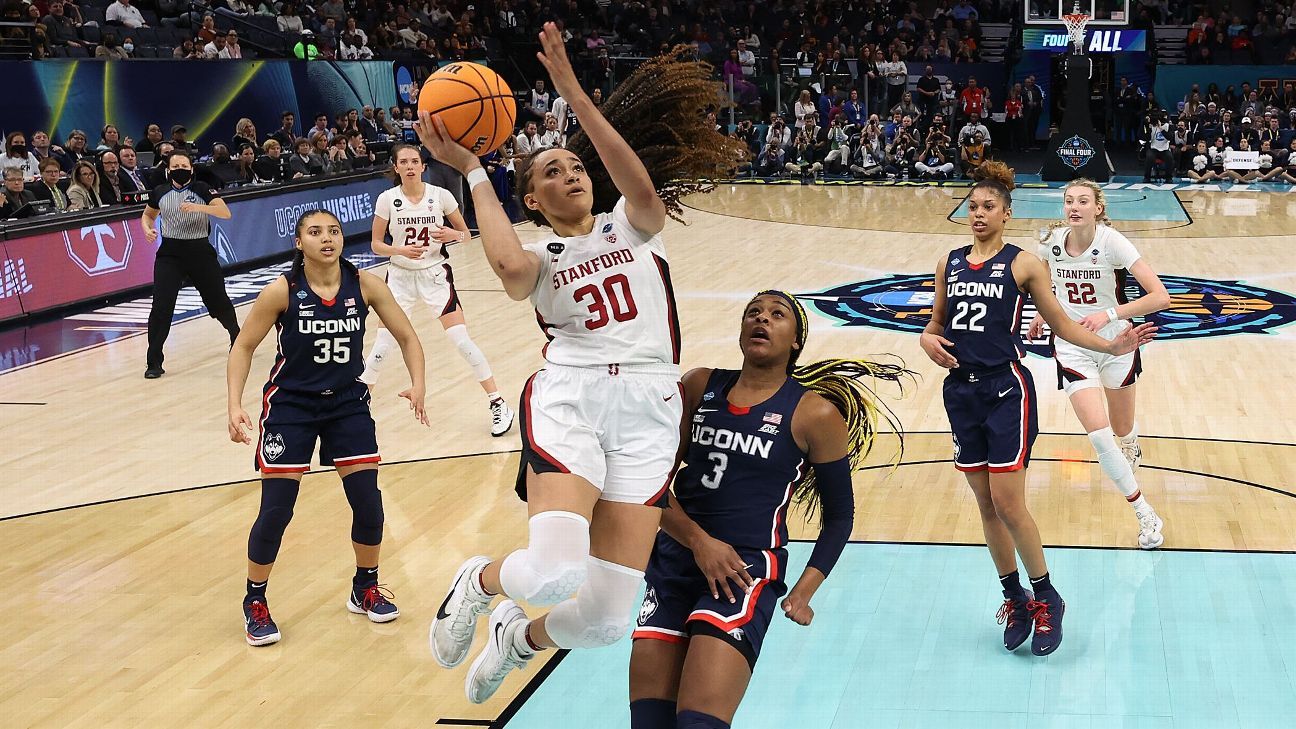 How far can every Top 25 women's college basketball team go this season?

Everyone has circled the Nov. 20 South Carolina-Stanford game on the calendar. What other games will influence the rest of the season?

Here are the B1G teams:

Best case: With Caitlin Clark, who leads the nation in scoring for the third consecutive year, and Monika Czinano leading the way, plus the addition of Molly Davis from Central Michigan, the Hawkeyes are the most unstoppable offense the women's game has seen in years. Iowa simply outscores everyone in the Big Ten and march to the program's first Final Four since 1993.

Worst case: Defensive lapses continue to hold back the Hawkeyes. The lack of a rim protector haunts them in big games and, despite winning the Big Ten regular-season crown, the Hawkeyes fail to win the conference tournament and exit the NCAA tournament in the second round for the second straight year. -- Charlie Creme

Best case: Sara Scalia brings the one dimension the last few Hoosier teams haven't had: 3-point shooting. The added offense propels them to the top of the Big Ten, and senior Grace Berger challenges Clark for Big Ten Player of the Year.

Worst case: No amount of 3-pointers or solid post play from Mackenzie Holmes can make up for the leadership void left by the graduations of Ali Patberg, Nicole Cardano-Hillary and Aleksa Gulbe. Indiana fails to get a top-four NCAA tournament seed, and the string of consecutive Sweet 16 appearances comes to an end. -- Creme

Best case: Talent rules the day and all the pieces fit. A healthy Lavender Briggs is the same player that averaged 19.4 PPG in 2020-21 and pairs with Diamond Miller to form one of the nation's most prolific backcourts. Two more transfers, Abby Meyers and Elisa Pinzan, slide into their roles seamlessly. The Terps are not only good enough to score with Iowa but are ultimately better and win the Big Ten for the seventh time in nine years.

Worst case: The guards are good, and Maryland produces a high-scoring offense, but the chemistry is never right. Angel Reese's size and versatility is really missed, and Maryland isn't a good enough rebounding team to challenge for the conference title or make it past the second round of the NCAA tournament. -- Creme

Best case: Getting Madison Greene back to join Jacy Sheldon and Taylor Mikesell in the backcourt takes the Buckeyes to another level. Despite a tougher schedule they win another Big Ten regular-season title and again reach the Sweet 16.

Worst case: Sheldon and Mikesell experience early season shooting slumps and, without enough reliable interior scorers, Ohio State gets off to a slow start. Unable to fully recover, the Buckeyes finish in the middle of the Big Ten end just squeak into the NCAA tournament. -- Creme

Best case: Alexis Markowski becomes the best post player in the Big Ten, Jaz Shelley becomes an even stronger presence with her versatility and Sam Haiby (knee), originally thought to be out for the season, is able to return, just in time for a Cornhuskers' run to the Sweet 16.

Worst case: Haiby's leadership is missed and despite another solid season, Nebraska can't break through the upper-echelon teams in the Big Ten. The Huskers finish sixth and once again fail to win an NCAA tournament game. -- Creme
Click to expand...