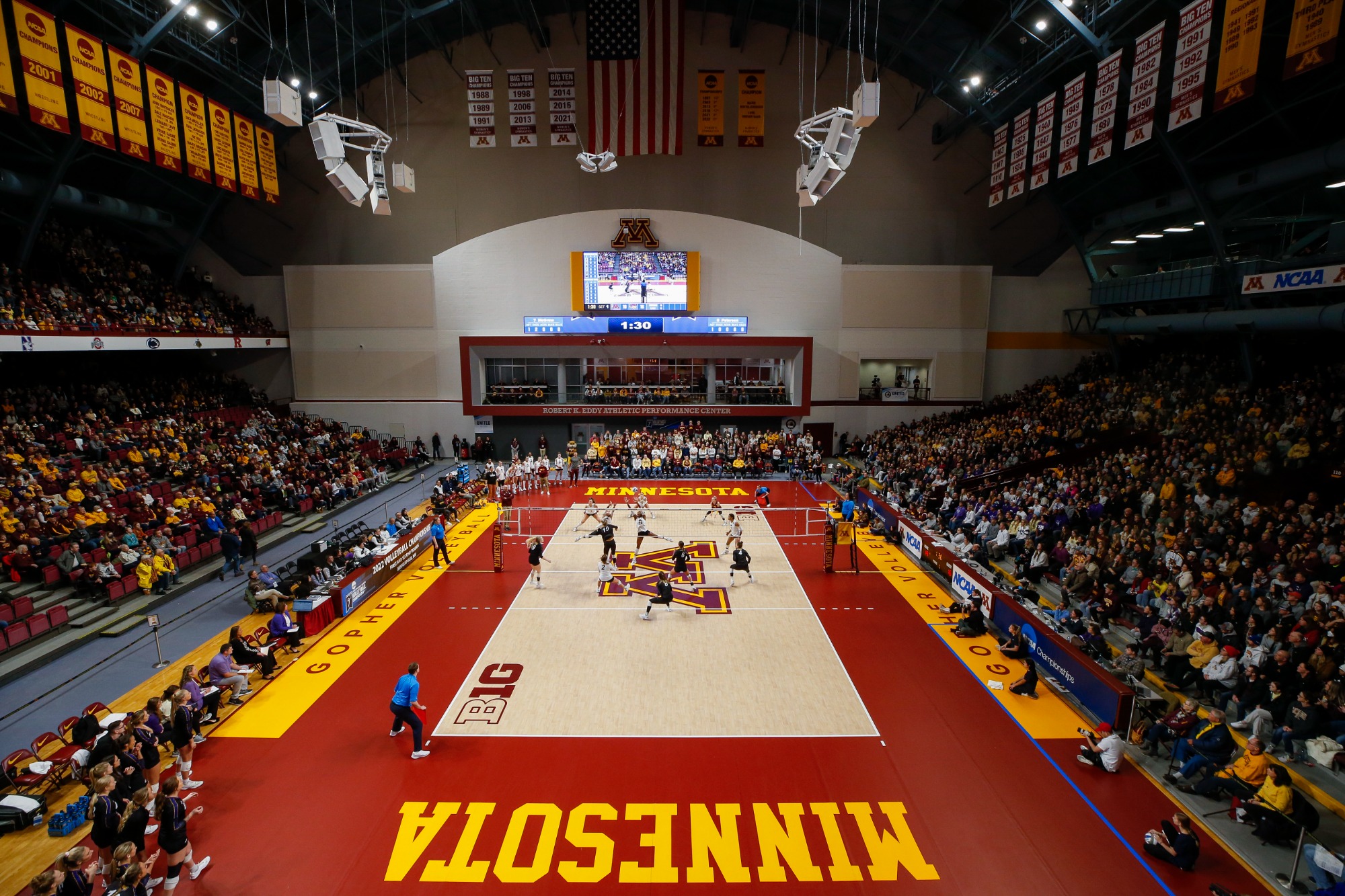 Ski U Mah posted this on the assistant coach thread. I figured that thread wandered off topic

"It was essential for us to construct a staff that we could trust to teach, model and mentor our student-athletes from the moment we all arrive back on campus," said head coach Keegan Cook. "We have accomplished just that with the hiring of Eric Barber and Kylin Muñoz."
Assistant coach Eric Barber joins the Gophers after spending three seasons on UCLA's volleyball staff. During his time in Westwood, the Bruins made two NCAA Tournaments, including a Sweet 16 finish in 2021. UCLA went 15-7 (14-6 Pac-12) in the spring of 2021 and 25-7 (16-4 Pac-12) in the fall of 2021.

In the spring of 2021, UCLA was 19th in the nation in assists per set, 22nd in kills per set and 35th in hitting percentage, while also ranking first among Pac-12 teams in assists and kills per set. They ranked 25th in hitting percentage in the fall of 2021. During his time with the Bruins, Mac May and Zoe Fleck were named All-Americans in consecutive seasons, while Fleck earned Pac-12 Libero of the Year honors in the spring and fall of 2021.

"I am so grateful for the opportunity to build upon the tradition of Minnesota volleyball," said Barber. "I want to thank coach Cook, Director of Athletics Mark Coyle and Deputy Athletic Director Julie Manning for trusting me to be a part of this team and athletic department. I can't wait to compete in the Big Ten and to get on campus and start working with the team and staff."

Prior to UCLA, Barber spent the 2019 season at Cal Poly, where the Mustangs compiled a 21-9 record and a second-place finish in the Big West Conference. They earned a trip to the NCAA Tournament, advancing to the second round.

Before that, Barber was a volunteer assistant coach at USC in 2018. He began his collegiate coaching career as a volunteer assistant with the Washington beach volleyball program in 2018, also serving as a graduate manager for the Huskies' indoor volleyball team in 2016 and 2017. The Santa Monica, Calif., native's began his career as an assistant for the boys' and girls' varsity teams at La Jolla High School (2014-2016).

Barber played collegiately at UC San Diego, where he graduated from UCSD with a bachelor's degree in environmental systems with a minor in political science in 2015. Barber completed his master's degree in civil engineering at Washington in 2018.

"Eric Barber was one of the best kept coaching secrets on the west coast," said Cook. "He was exactly who I hoped would join us here in Minnesota. His humility, consistency and sincerity are matched only by his ability to develop the student-athletes under his guidance."
The Gophers new volunteer assistant coach is Kylin Muñoz, who spent the past two seasons at Loyola Marymount University, where the Lady Lions went 35-21 (21-15 WCC). LMU went 18-10 (13-5 WCC) in 2022, making the NCAA Tournament for the first time since 2018. Munoz helped coach and develop six players who made the All-WCC teams, including Kari Geissberger, an AVCA All-America honorable mention this fall.

"I am excited for the opportunity to be a part of the Gopher volleyball family," said Muñoz. "Competing against Minnesota, I always admired the support of the community and sustained success of the program. The intentional care of the administration and coach Cook are unmatched. The values of the program align with my goals and I am excited to compete at the highest level with truly great people."

Prior to her time at LMU, she was an associate coach at Utah Valley University. While at UVU, Muñoz served as the recruiting coordinator and recruited Utah's 2020 Gatorade Player of the Year. She helped the Wolverines to their first NCAA Tournament in program history during the spring of 2021. Muñoz was the program's assistant coach from 2018-21 and before that was the program's director of volleyball operations in 2017.
Muñoz coached seven all-conference athletes, which includes the 2018 WAC Freshman of the Year. She also led the Wolverines to their first national postseason appearance in program history in 2018, when the team went to the National Invitational Volleyball Championship.
Prior to her career in coaching, Munoz was a four-year letter winner for the Washington Huskies and a four-time PAC-12 All-Academic honoree. She also led the team to four NCAA appearances, including one trip to the Final Four.
"Kylin Muñoz has succeeded and thrived in every single role she has held as a player and as a coach," said Cook. "She competed at the highest level as a student-athlete and carried that excellence into her coaching. We get better in every aspect of our program, from recruiting to student-athlete development, with Kylin's addition."
After graduating from the University of Washington, Muñoz spent time with the Women's U.S. National Team, and played professionally overseas in Hamburg, Germany from 2014-15.
Click to expand...

They seem like solid hires, does anyone know more info on them other than what was written?

GopherVB23 said:
They seem like solid hires, does anyone know more info on them other than what was written?
Click to expand...