When the Gophers football team last took the field at Huntington Bank Stadium, players were jumping around with exuberance following a 23-13 victory over Wisconsin, a field-storming triumph that rubbed their archrivals' noses in the result and stood out as the top highlight of a 9-4 season.

In one month, the Gophers will be back at the Bank for the Sept. 1 season opener against New Mexico State with the hope of improving on a 2021 showing that they capped with an 18-6 victory over West Virginia in the Guaranteed Rate Bowl. Coach P.J. Fleck's team has grander aspirations than playing in a late December bowl — namely winning the Big Ten West Division title and securing a spot in the conference championship game.

The work toward those goals resumes Monday with the start of training camp, and the Gophers are eager to show how the program has matured in Fleck's sixth season in charge.

"That's what I'm really excited about,'' Fleck said. "When you look across the board, there's a lot of talent at a lot of positions. It's just going to be who's going to be the guy who wins the job.'' 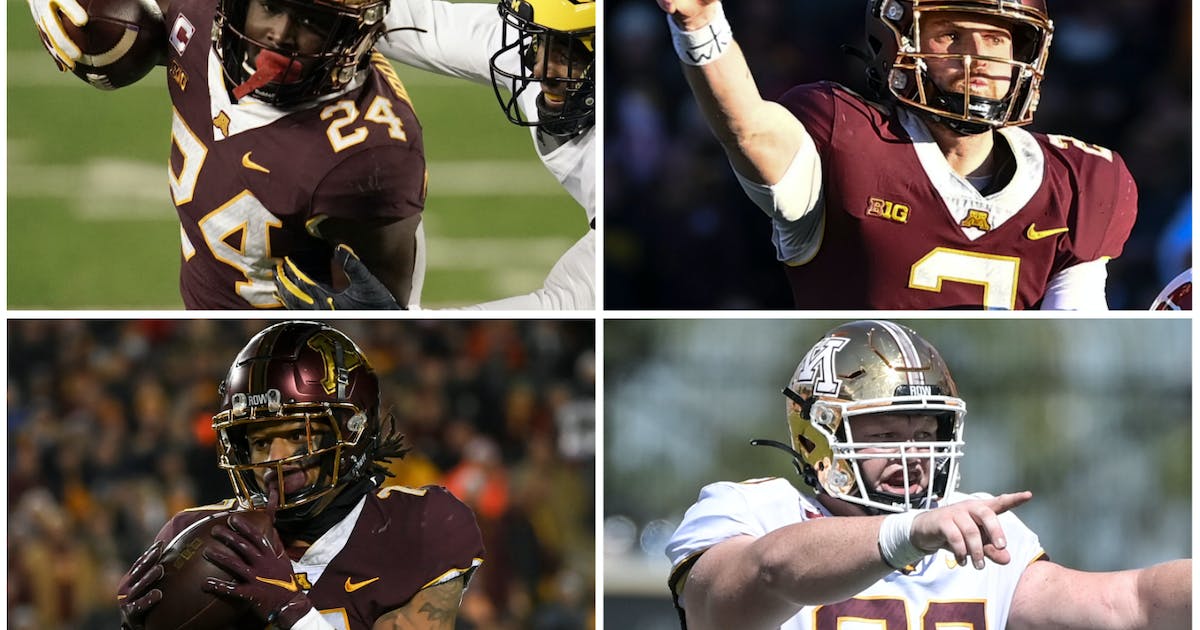 Winning the West will require more. As football training camp begins, coach P.J. Fleck is watching position battles to see "who's going to be the guy."