Charles Barkley has agreed to a 10-year deal with TNT that is expected to be well into nine figures, The Post has learned.

Barkley currently has three years left on a contract that pays him $10 million per season. His current contract coincides with TNT’s agreement with the NBA deal expiring after the 2024-25 season. If Turner were not to keep the NBA, Barkley could potentially own rights to go work for another network or a digital platform, if Amazon or Apple or others are involved.

The exact amount Barkley will make is not yet known if he fulfills the entire contract, but it will be well in excess of $100 million and could approach $200 million. Barkley could decide to retire from TV before the deal ends.

Barkley, 59, has repeatedly spoken about retiring at 60, but TNT has made a huge commitment to him and his partners. While Shaquille O’Neal already has a long-term agreement, TNT has also re-signed host Ernie Johnson and analyst Kenny Smith to new deals. Turner officially announced all the deals later on Monday.

“We’re all a big family — Ernie, Kenny and Shaquille are brothers to me — and I wouldn’t still be here if it wasn’t for them and all the amazing people who work on our show,” Barkley said. “I’m not gonna lie, though, this is a life-altering deal … and I’m blessed to be able to do live television for a living.” 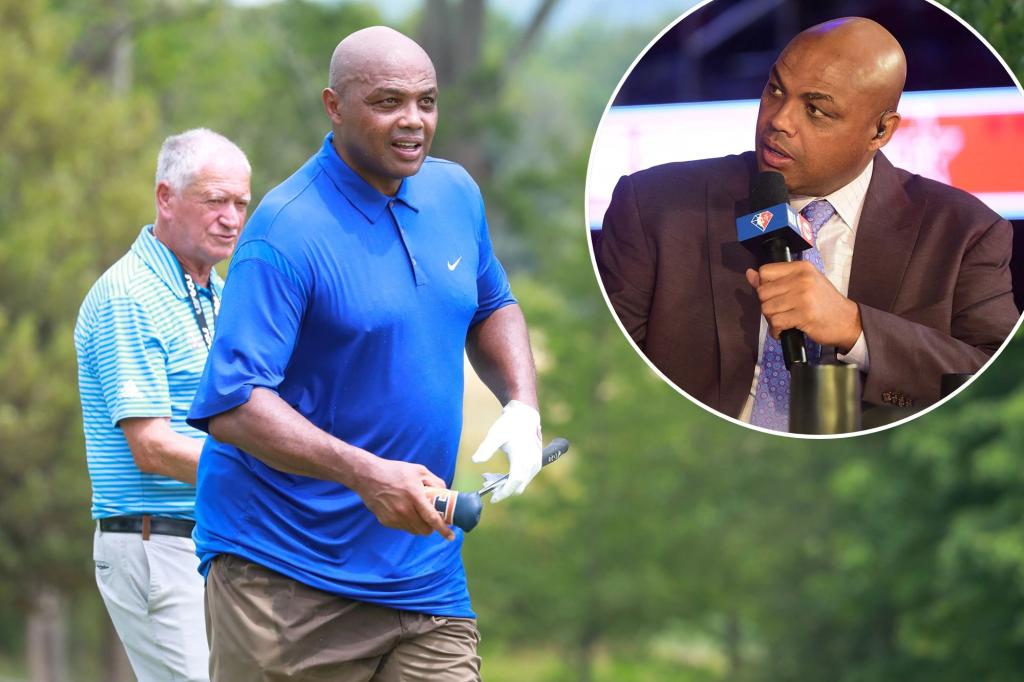 Charles Barkley has agreed to a 10-year deal with TNT that is expected to be worth well north of nine figures, The Post has learned.

Still crazy to me though that Turner believes paying this much will still equate to a ROI
Click to expand...

Vegas is happily cheering the newz as Chuckles us as bad a gambler as he is a golfer apparently.

Glad they rewarded him, especially having passed on whatever the LIV golf tour was willing to pony up.

Ope3 said:
Glad they rewarded him, especially having passed on whatever the LIV golf tour was willing to pony up.
Click to expand...

Will always have much respect for Sir Charles, the Round Mound of Rebound; the only time I made it to the Lake Tahoe Celebrity Golf Tournament, I watched him drag his ass around that golf course for charity purposes, putting off a major surgery on his knee (I think knee?) for another couple weeks so that he could make his appearance and support the charity.

Followed him for a few holes, he was obviously in a significant amount of pain, fans were acknowledging his effort, and Charles commented a few times that he was there for them, and for the charity. Good on him, he could have bailed.

When I was 13 we were living in Tulsa, Oklahoma and the 76ers and the Bucks had a preseason exhibition game in Tulsa. I brought a couple of Barkley cards to try to get signed, knowing it was a long shot at best. After the game was over the majority of players left the court but Chuck was doing an on-court interview and had a lot of security around. Most fans had left by this time and I was hanging around the baseline hoping he'd see me. Chuck was surrounded by security and they were paving the way for him as he walked to the locker room, he sees me out of the corner of his eye and waves me over through security, signed my 3 cards and shook my hand.

NBA on TNT crew is the best!

Bob_Loblaw said:
NBA on TNT crew is the best!
Click to expand...