CBS: Candid Coaches: Should college basketball keep the 30-second shot clock or change to 24 like the NBA and FIBA?


Quotes that stood out​

• "The less time a team has, the more you simply have to rely on talent and it takes some of the coaching out of the game. In the NBA it is basically a set of quick-hitters. But their players can make those shots. In the college game, our players aren't as skilled, so we need more time for better shot opportunities to come. I have a REAL FEAR that if we lower the shot clock it will increase possessions, but points per possession will actually decrease because we will all be taking harder shots. May score more overall points due to higher volume of possessions, but I think the quality of those shots will be reduced significantly because we don't have players who can produce off of quick-hitter actions at the same proficiency as NBA players."

• "I think the biggest reason is most high schools don't have shot clocks, and for kids to come in as freshmen to learn to play the game the right way, I think you need more time on the clock. They're not adapted to play at a speed that is technically a 16-second shot clock. That's what you're changing the shot clock to at 24."

• "Those that argue for 24 fail to acknowledge that the NBA has five guys on the court that can get their own shot. That's NOT the case in college basketball."

• "I don't want to be like the NBA. I like our game and the rules. When we have gone on oversea trips and played at 24 it limits what I as a coach can do on offense. From a defensive side, you will only have to guard one side change on the floor. The more the ball changes sides the better the chance to score, so you're helping the defense with this rule. I think we see enough pick-and-roll basketball. This will make it more prevalent."

• "I have a strong opinion on this. We're trying to be the NBA and we're not. Our players aren't that talented. I think it still gives some strategy for coaches. The more we look like the NBA the less we're going to be watched because they do it at a higher level than us. I think it's awful. The NBA takes bad shots but they're elite at making bad shots. College would be taking bad shots and we're not elite. It's going to be bad-bad."

• "I don't believe that youth basketball in the United States would prepare prep players well enough to effectively play with a 24-second shot clock early in college. NBA players are the most talented scorers and shooters on the planet. European/international players learn the details of pick-and-roll and spacing -- as well as prioritize skill development -- at a very early age. The undeveloped talent would dumb down and muddy the game from what can be accomplished with a 30-second clock. Unless youth basketball in the states completely changes from a game-heavy, AAU-centric structure, a change from a 30-second will lead to an inferior product of college basketball."

• "I think [30] is best for the game because, to me, the best thing about college basketball is the parity. Thirty seconds creates more parity than 24. If you're a fan that wants to see the best teams always win, the 24 shot clock is going to favor that. But if you want to see upsets and schools that maybe have lesser talent find a way to equalize themselves, to me it's the 30-second shot clock and to me that's what's best for the game. Parity is the greatest part of college basketball. And this is from someone who's been a coach involved with FIBA and Team USA. I love FIBA rules, but not all for college basketball."

• "Watch (Nike) EYBL at 24 seconds. Worst shots ever. Need to teach them the game before they try to play fast. Even Jordan learned to play right before fast."

• "Twenty-four seconds. There is no substitute for uniformity across all levels of basketball in my opinion. As you come up in the game in this country, what you learn about the game and how to apply these skills and within the game should have a direct translation to the way the game is played in college and at the professional level. For the same reason that high school basketball should have a shot clock as well. If we can limit the learning curve from one level to the next, the better our game becomes."

• "From coaching some with USA Basketball, the players adapt, the coaches adapt, I think it's a more exciting game. I think there's more coaching, actually. Not in a bad way. You've got to be thoughtful about more things. I like eight seconds in the backcourt as well, and that goes along with the 24 seconds."

• "I think there should be some uniformity across basketball, from high school, college, international basketball, FIBA. … The other thing it would do is hopefully eliminate these games in the 50s, get teams to play a little bit more up-tempo, faster. It's a more fun style for players, but also the fans."

• "I would love to see a 24-second shot clock, but there would be an ugly adjustment period based on the speed decisions would need to be made. Some states don't even have a shot clock in high school, so 30 seconds is an adjustment, let alone 24. Some young European leagues play with 24 seconds and maybe that is why they move the ball and themselves better."

• "My theory is because of the NBA and how everything is heading in that direction, why not have it all be NBA stuff? Make the 3-point line the same, make all of the rules the same. Why not? If that's a measuring stick, guys trying to get to the league."

• "Fans want the college game to be faster and with higher scores, so let's give them what they want -- the 24-second shot clock." 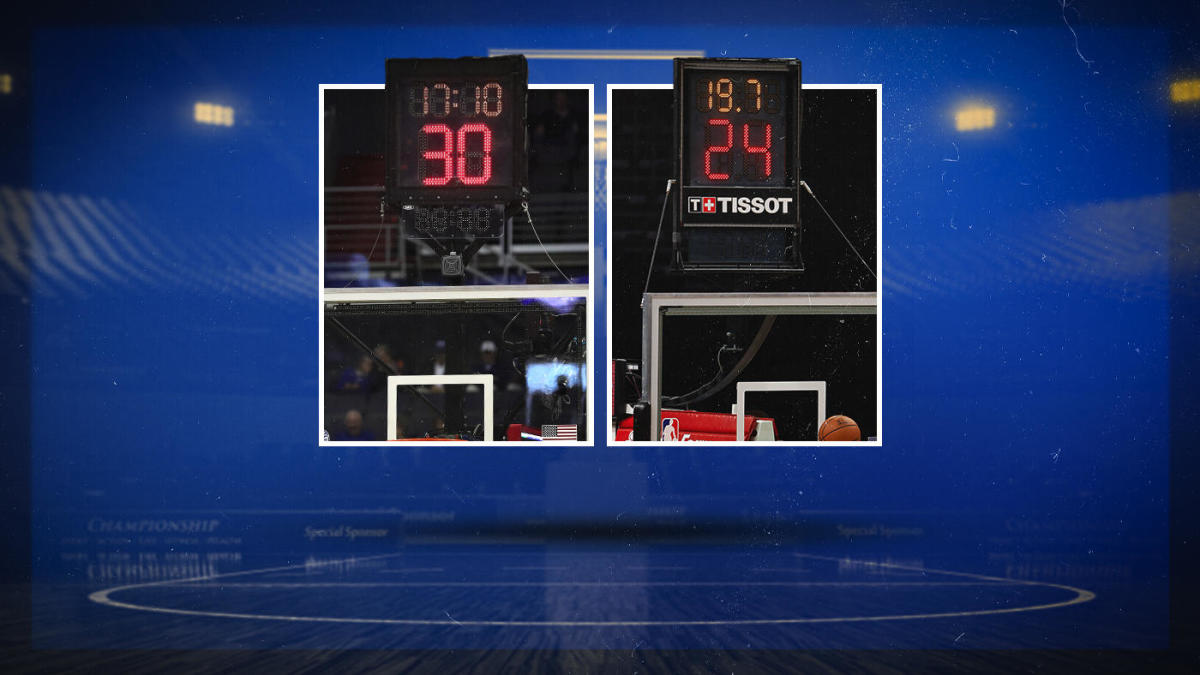 Candid Coaches: Should college basketball keep the 30-second shot clock or change to 24 like the NBA and FIBA?

The votes are in, the quotes are thought-provoking and the question lingers: Is the 30-second clock hurting college hoops?

30 is just fine. Does not need tinkering with.

TNGophfan said:
30 is just fine. Does not need tinkering with.
Click to expand...

I would have been fine with 35 seconds. Part of the game is controlling play and strategy. The shorter time turns the game into less and less dimensions.