Bottom line: There are so many key players in place, it’s fair to expect this offense not only to be better than last year but give the Gophers a chance to win the B1G West. 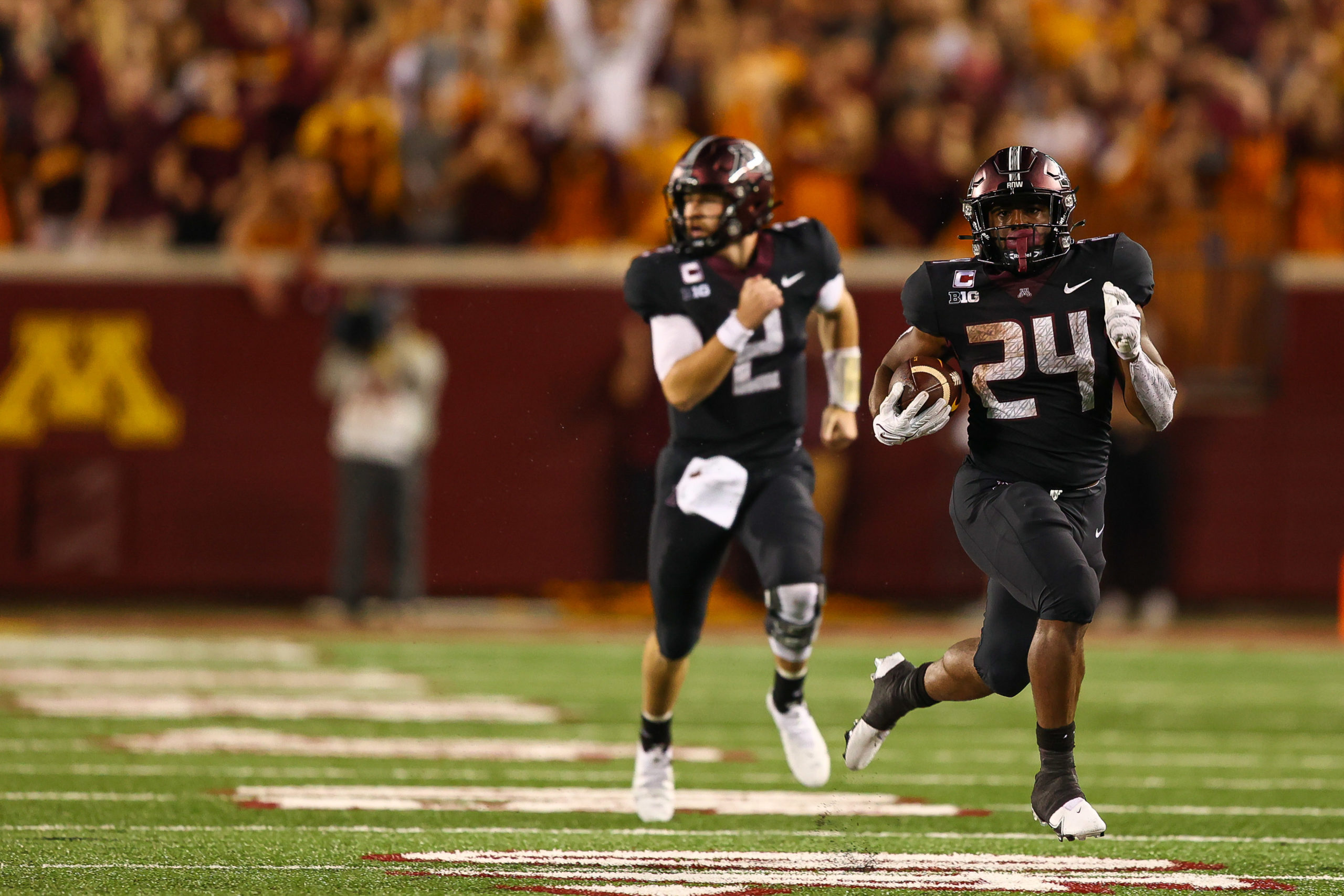 Can Tanner Morgan regain his form? Will Mohamed Ibrahim be as electric as we remember? Those are key questions for Minnesota's offense in 2022.

The OL had to be rebuilt with transfers.
How well that works out and if the two seriously injured RBs are full speed will determine how well the offense does.

Plato said:
The OL had to be rebuilt with transfers.
How well that works out and if the two seriously injured RBs are full speed will determine how well the offense does.
Click to expand...

I would not be surprised if the offense is slow out of the gate while the O-line works things out. I just hope they have worked out the kinks by the time conference games start.

How does an article like this not mention Ciarrocca being back?

It is pretty crazy that it took Morgan two years to surpass his 2019 stats. Coach Ciarrocca, I agree is a huge factor but we also don't have Bateman and Tyler at WR to throw to. The guys we do have I think can be very effective...their missing ability has been largely availability.

Plato said:
The OL had to be rebuilt with transfers.
How well that works out and if the two seriously injured RBs are full speed will determine how well the offense does.
Click to expand...

O-line returns JMS, who is a Rimington candidate at center, sixth year in program.

O-line returns Ruschmeyer who started every game in 2020 and started three and played in all last year.

O-line likely to start Ersery at one tackle, third year in program. Fleck and Callahan say he may be the best they ever have had. Ersery spot starter in 2020 but was backup to Schlueter and Faalele, both in NFL now, so has seen limited action in first two years.

O-line may start Guedet at other tackle. Year 4 in program.

Not really a transfer rebuild if those four do start.

Boe from Lakeville is in year 5 and adds depth...has backed up potential NFL'er Schmitz and NFL'er Andries. Has two starts, 17 games experience.

Brought in Filiaga from Michigan, which has the number one o-line in the nation. Good spot to pull from. Filiaga with 39 games experience in five years at Michigan and 11 starts. Looked great in Spring ball.

Gopher alum Jay Carroll's kid, Quinn, enrolling this summer as a grad transfer from ND, which ranked among top ten o-line units in nation. Quinn was a four star recruit out of Edina, a top ten in nation tackle recruit. Injured in frosh year, played a little soph year, got in 12 games last year, but will look to compete to start here.

The true freshman RB will play this year.

Our O-line should be pretty strong....I agree. Seems like we are similar with next up people along the D-line. PJ has done a great job plugging in transfers at spots of need or depth.