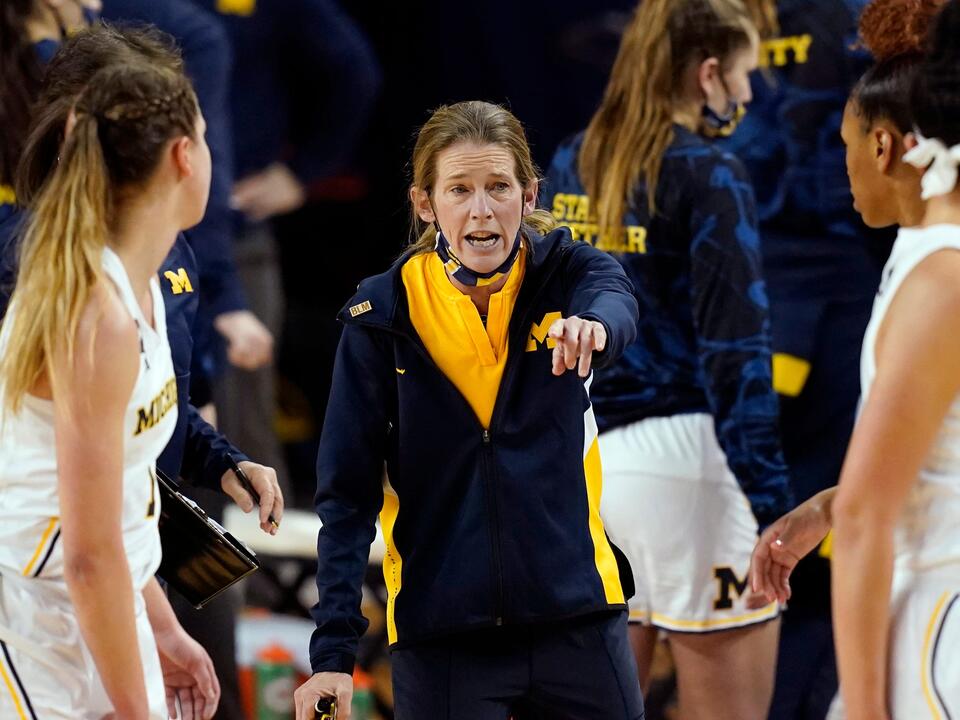 Michigan head women's basketball coach Kim Barnes Arico will earn $850,000 in 2021-22 and that number will rise close to seven figures by the end of her new five-year contract, which was signed last month and announced last week. Her salary for this season includes $525,000 in base pay,...

Michigan head women's basketball coach Kim Barnes Arico will earn $850,000 in 2021-22 and that number will rise close to seven figures by the end of her new five-year contract, which was signed last month and announced last week.
Click to expand...

"Let's not be average at a lot of things; let's be really good at a couple of things". 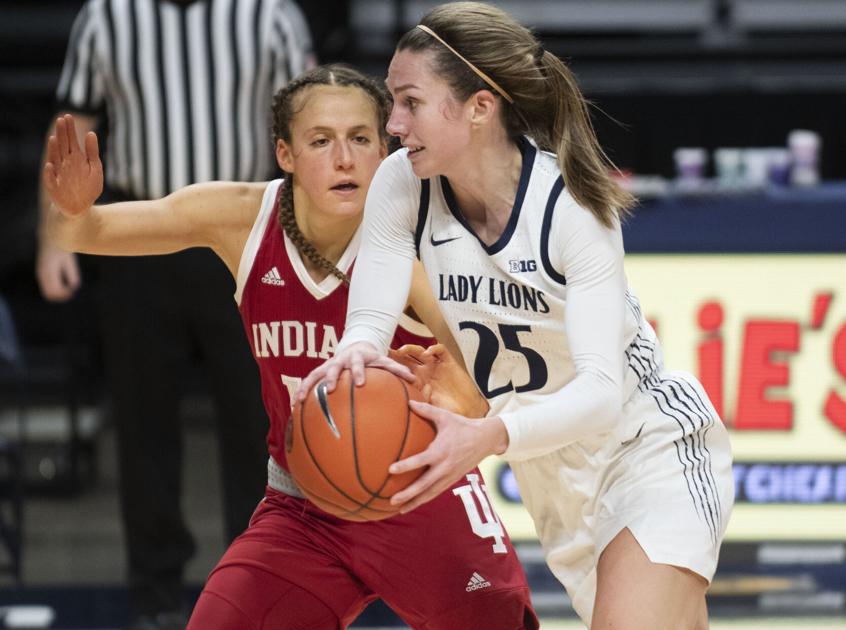 When its season kicks off this November, Penn State will have plenty of returning experience to boast in its backcourt that may prove essential to success in the 2021-22 season.

A look at the Lady Lions: (hopefully Kelly Jekot will be recovered from last season's ACL).

When its season kicks off this November, Penn State will have plenty of returning experience to boast in its backcourt that may prove essential to success in the 2021-22 season.

The guard position sets the tone of every offensive possession, as players in the role have touches on the ball with every trip down the court.

The Lady Lions finished last season 9-15, however, they weren’t as bad as their record might suggest, given the strength of the Big Ten.


The Massey Ratings, which adjusts for schedule, had the Nittany Lions as a top-70 team with an offense that was top-40 in the country.

This winter, Penn State will return all but one backcourt player, Nyam Thornton, who made two starts last season.

Together, those six combined to average almost 60 points a night.

It remains to be seen whether Jekot will start the year at full strength, as recovery time from an ACL injury varies from athlete to athlete.

However, there will be almost a full year in between the time of her initial tear and when conference play tips-off, which works heavily in her favor.

Jekot, who transferred from Villanova after her junior year, is an all-around player. Entering her sixth season, the veteran can handle the ball, score from all over the floor and fight for her share of rebounds.

Her absence certainly was felt down the stretch last year, and getting her back will improve every area of the offense in the 2021-22 season.

Like Jekot, Bevereley also transferred after her junior season. The Maryland native was a three-year starter at Wisconsin, who saw significant minutes from the moment she stepped on campus.

She was granted immediate eligibility to play with Penn State last year, made 14 starts and averaged almost 10 points a game.

Getting the ball in Beverley’s hands more this season should help the Nittany Lions be more efficient with its possessions.

Jekot and Beverley will be joined by Marisa, the only player on the team last year to make at least 20 starts while scoring over 10 points a game.

In her sophomore season, the then-sophomore was an All-Big Ten honorable mention and along with her scoring, was fifth in the conference in assists per game.

On the defensive end, Marisa added 25 steals in 24 starts last season. She could stand to improve from deep, as she only shot 30% from behind the arc.

Marisa started more games than any other guard last year, with Hagans coming in second with 19 starting appearances. Hagans led the team with 38 steals while averaging seven points and 3.2 rebounds per game.

It was a strong improvement on her freshman campaign where she saw time in all 30 games, averaging 5.2 points a night.

Hagans has an opportunity to become a real impact player as she makes the jump to upperclassman.

The remaining player in the backcourt who made a significant number of starts for head coach Carolyn Kieger’s last season is Burke. In her freshman season, Burke was the Big Ten’s Sixth Player of the Year.

The best part of Burke’s game is her ability to shoot the 3-ball. She sank 58 shots from deep last year, fifth among Division I freshmen.

Already making a significant impact in her first year, Penn State will look for Burke to continue making big shots as she kicks off her sophomore campaign in November.

That leaves Sabel, who made just one start as a freshman last year, but still averaged 14.7 minutes a night along with five points.

If Sabel is able to improve on her freshman year, she can be a solid depth piece for the Lady Lions in 2021.
Click to expand... 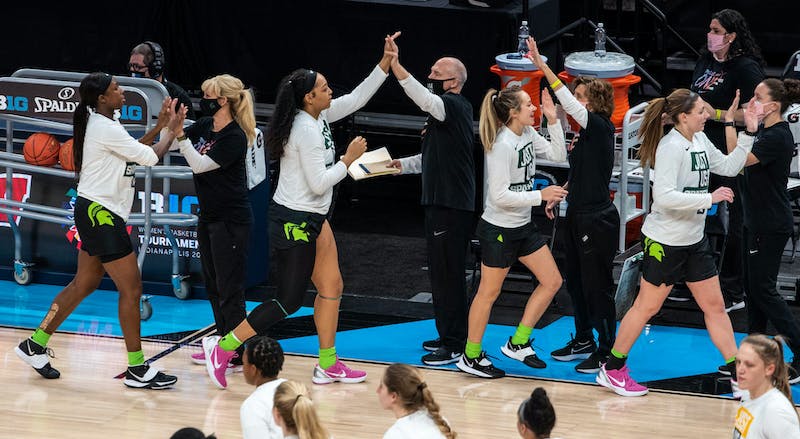 The women's basketball team prepares for their 2021-22 season back in the Breslin.

Hagemann is expected the make the most immediate impact for the Spartans as a five star guard that will look to be the third guard off the bench behind the talented duo of Clouden and Alyza Winston.

"She (Deedee) just exudes personality," Merchant said. "She brings an expectation, she' a winner. I always tell people you lead by personality or by position, and that kid has both and she's a freshman ... the passion that she loves to play with. Pointing at people, chest bumping. She cares more about the assist than she does about the score herself, so very team oriented, very driven to be the best at Michigan State and move our program forward."
Click to expand... 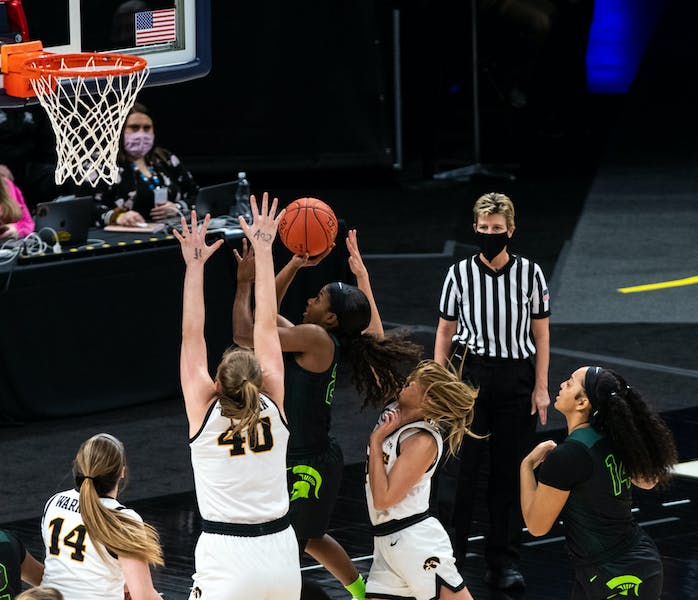 The public got its first look at the MSU women’s basketball team Saturday afternoon in an open practice at the Breslin Center.

[Matilda] Ekh, a sophomore, looked ready to be an immediate contributor to the Spartans after missing all of last year due to not being able to secure a travel visa to come to the US from Sweden. She arrived in East Lansing and joined the team at the end of August.

On the court, it looks like Ekh is one of the veterans of the team. She ran the offense seamlessly and shot a high clip from three from one of the wing positions. She has a quick release and the length necessary to get her shot up over anybody.

Ekh ran with the starting lineup most of the time during the practice, signaling that she is in line for a big role this year. Standing at 6’0, she has the size to guard multiple positions and looked like a capable on-ball defender on the outside.

DeeDee Hagemann is a true freshman from Detroit, but you could not tell how young she was on the court Saturday. She played at a blazing speed on both ends of the court and was not afraid to attack the heart of the defense despite only being 5’7.

She displayed that she can finish no matter the defender or angle when she gets moving towards the rim. Hagemann made a number of difficult layups over Ayrault and others inside. She is currently behind Winston and Clouden on the depth chart but played on their level today. If she can continue that all season, she can have a breakout year and help the Spartans immensely.
Click to expand... 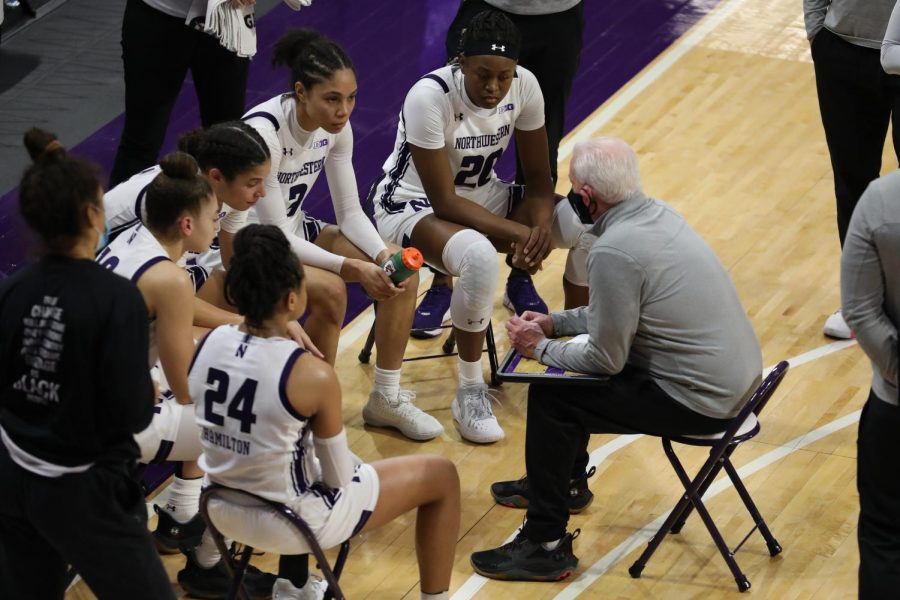 With Big Ten Basketball Media Day, the Chicago College Basketball Luncheon and tickets sales all underway, the 2021-22 Northwestern men’s and women’s basketball seasons are quickly approaching. For the first time in nearly two years, both programs will see school spirit in the Welsh Ryan Arena...
dailynorthwestern.com

The saying ‘13 down and 4 more to go’ holds true for McKeown. The women’s head coach signed a four-year contract extension through the 2024-25 season with NU on Oct. 8.

Entering his 14th season at the helm, McKeown holds a 224-186 record at the position, reaching the postseason play seven of the last 12 years. He not only sits 27 wins behind Don Perrelli (251 wins in 15 seasons) for most victories in program history, but will also be the program’s longest tenured coach.

“To have the opportunity to coach at Northwestern for the next four years is really important to me and my family,” McKeown said. “Coaches don’t get to coach the same school for a long, long time anymore, so I think that’s a thing we are really appreciative of.”
Click to expand...

“Shateah (Wetering) was having a terrific preseason when she suffered this injury,” Bluder said. “She was playing confidently and stood out as one of our most improved players from last season. Shateah will use this year to rehab, learn from a coach’s perspective and be an active teammate for her sisters on the team.”