Another big one in the big ten

whalenfan said:
Another big one in the big ten

Kind of surprised that she is transferring and not entering the WNBA draft.

With all that experience coming back, Terps prohibitive favorites to win the conference, will they be ranked in the top 4 in the preseason polls? They have to be considered final four material

On the road again: 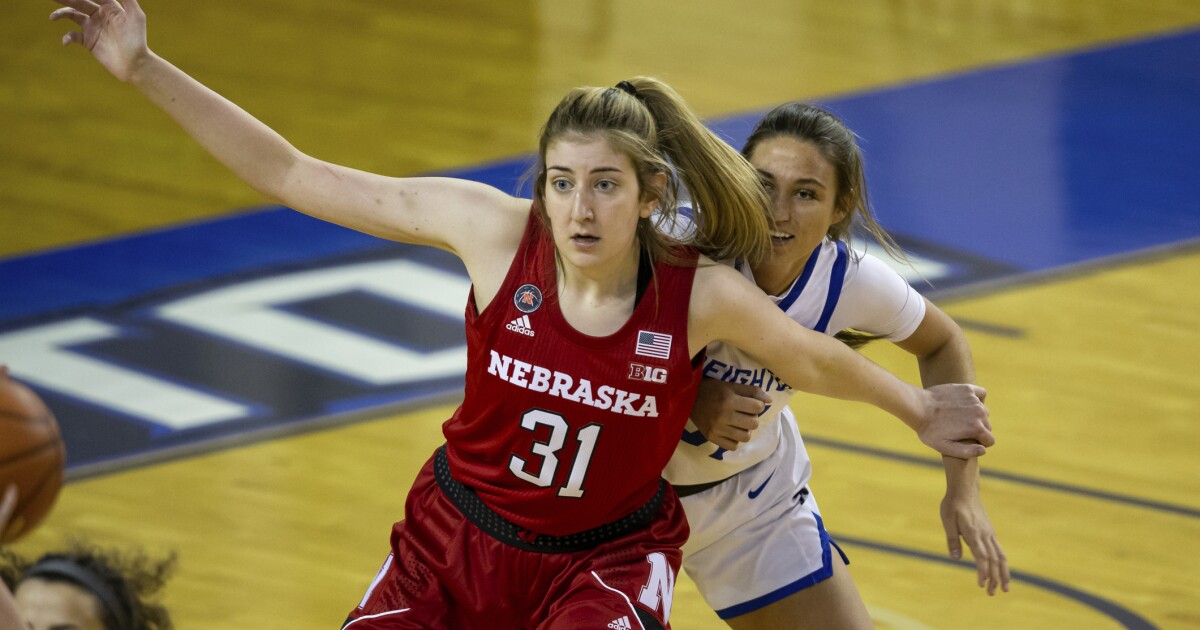 Nebraska women's basketball standout Kate Cain will not return to the Huskers for a 5th season and will instead pursue a pro career.

Kate Cain will not return to the Huskers for a 5th season.

LINCOLN (KMTV) — Nebraska women's basketball standout Kate Cain will not return to the Huskers for a 5th season and will instead pursue a pro career. Due to the pandemic, Cain along with all other NCAA Division I winter student-athletes could have returned for another season of eligibility in 2021-2022.

Cain set NU's career blocked shot record 352, which is 114 more than the previous school record. The 6-foot-5 center hopes to be selected in one of the three rounds of the April 15 WNBA Draft. If not, Cain plans on pursuing a pro career overseas.
Click to expand...

looks like Kendall is going from MSU to Illinois... to me that is a major head scratcher.. she is from Indiana but Illinois?

looks like Kendall is going from MSU to Illinois... to me that is a major head scratcher.. she is from Indiana but Illinois?
Click to expand...

playing time? she didnt play much at all for MSU but will likely start for Ill

whalenfan said:
playing time? she didnt play much at all for MSU but will likely start for Ill
Click to expand...

not sure who is all coming back for MSU.. but she played plenty their last handful of games.. so who knows..

Purdue picks up a transfer: 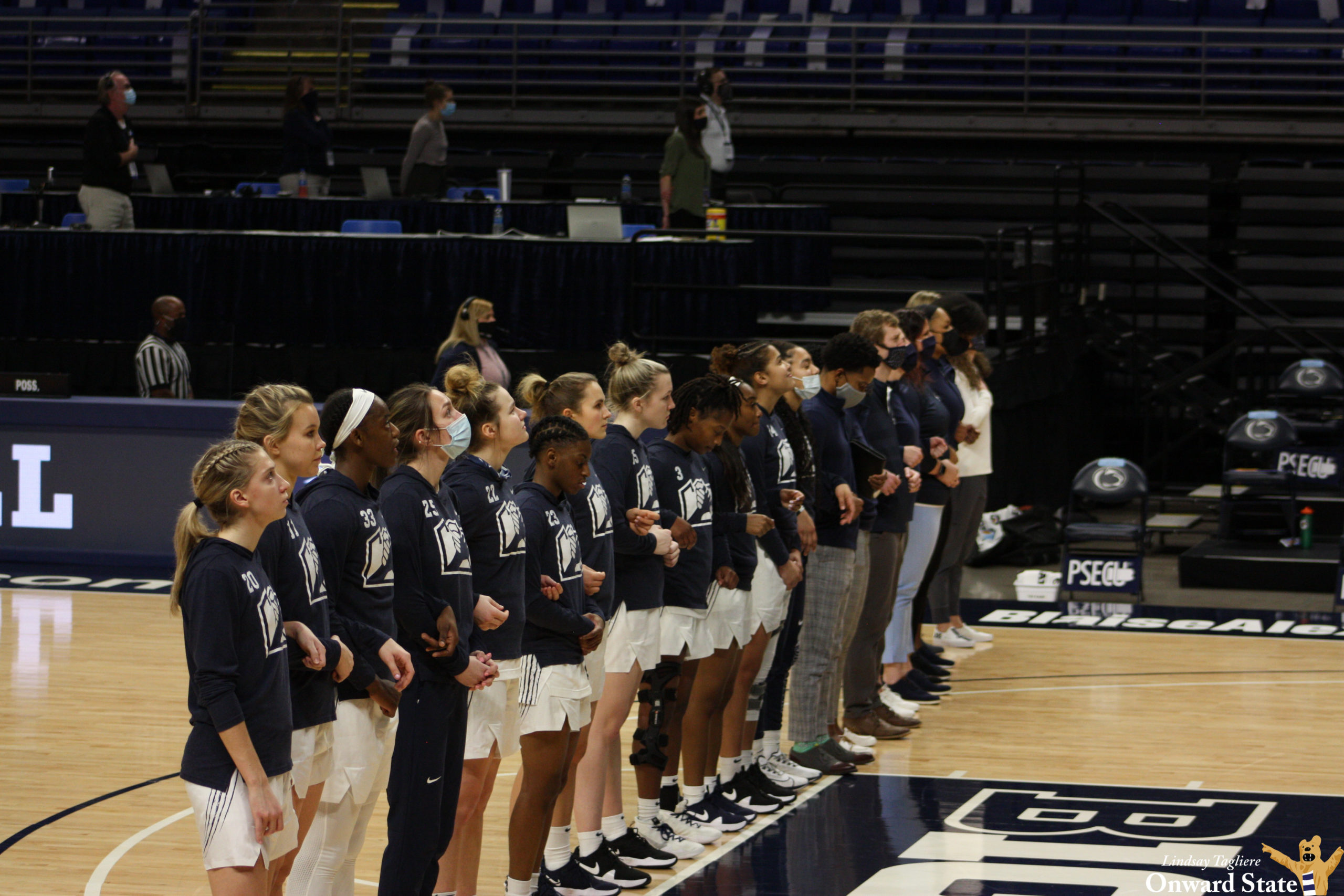 "I'm so thankful that I have the opportunity to get back on the court to play the sport I love for the 2021-22 season. We have unfinished business."

Penn State women’s basketball’s most efficient scorer is officially running it back for the 2021-22 season.

“Playing college basketball at Penn State means everything to me,” Jekot said in a statement on Twitter. “I’m so thankful that I have the opportunity to get back on the court to play the sport I love for the 2021-22 season. We have unfinished business.”

Jekot played in just nine games for the Lady Lions this past season before suffering her second ACL tear in just three years. She served as an important leader on the young team and later documented her recovery through TikToks.

In the short time she did play, the guard averaged a team-high 15.9 points per game, shooting 39.4% from the field and 25% from deep. Her leadership and positive attitude earned her Penn State’s sportsmanship award as well.

The graduate student will enter her second and final season with the Lady Lions next year. She transferred from Villanova after a solid 2018-19 season. Jekot was previously named Big Five Rookie of the Year and the Philadelphia Big 5 Most Improved Player with the Wildcats.
Click to expand... 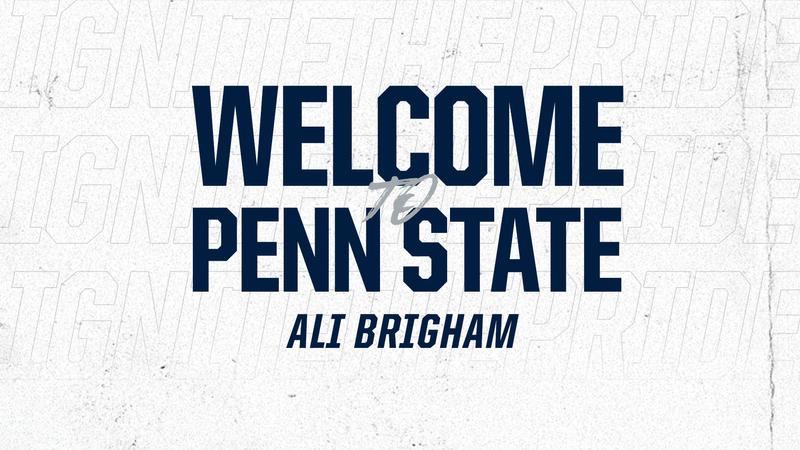 Penn State women's basketball head coach Carolyn Kieger has announced the addition of George Washington transfer Ali Brigham ahead of the 2021-22 season. The six-foot-four center and Atlantic 10 All-Rookie team member led the Colonials in scoring as a freshman.

Kieger on Brigham
"We are ecstatic to welcome Ali to our Penn State family! Coming off a great freshmen season, she will add experience and efficiency in the post position. Ali is a strong back-to-the-basket post who can also step out and stretch the floor. Her vision and passing ability will also be a difference maker for our program. Following a strong rookie campaign, we can't wait to get Ali to Happy Valley and continue her progress. We are extremely excited to welcome Ali and her family to our lion PRIDE!"
Click to expand...

adamj95 said:
Now if only the Gophers could add a much needed post player

Coach Kieger will make Penn St a perennial contender at some point, then at the height, she will move to coaching at one of the elite top 5 programs.

This is going to be interesting.

MNGirlsHoops said:
Coach Kieger will make Penn St a perennial contender at some point, then at the height, she will move to coaching at one of the elite top 5 programs.
Click to expand...

Agree, you can already tell that coach Kieger has changed the culture. I think they will be a surprise team next season.

Diamond going to join NC State... man NC State was tough and a #1 seed and now add Johnson to what they are bringing back.. good luck ACC 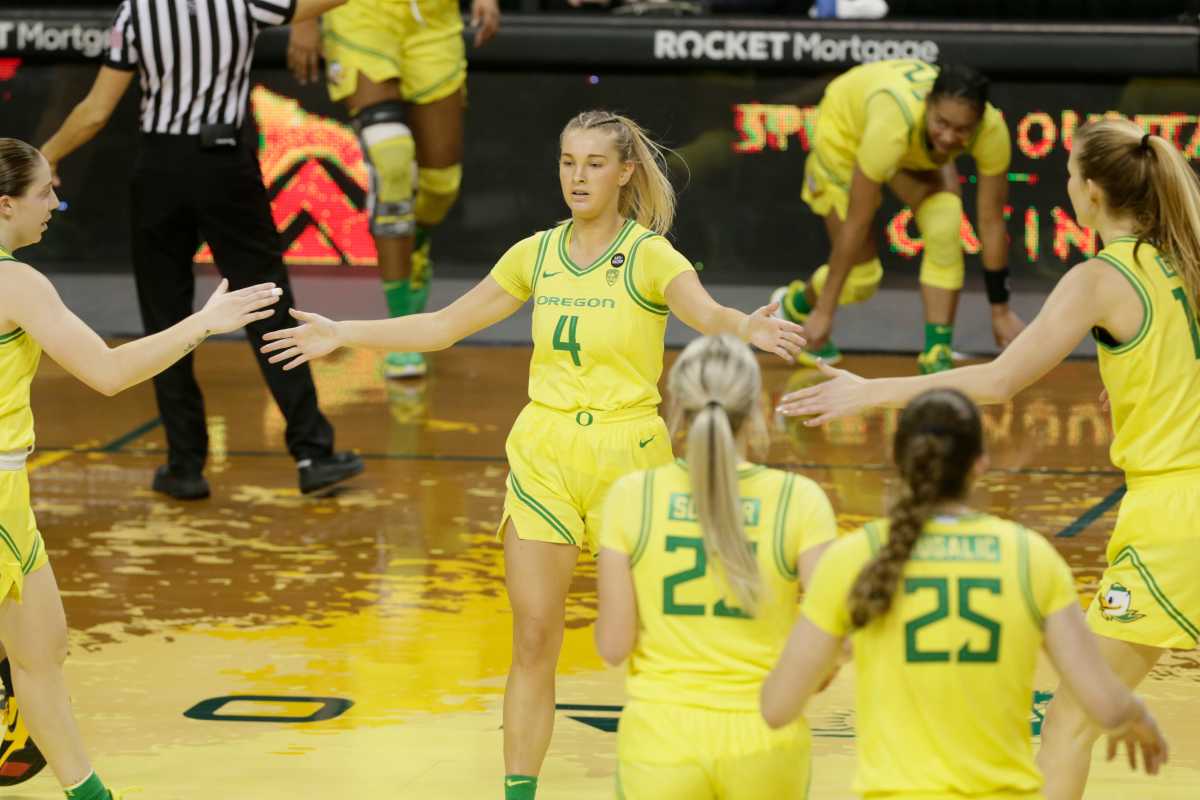 The Oregon guard is headed to the BIG 10 after entering the transfer portal.

She entered the transfer portal last week and quickly drew interest from other programs. As a sophomore in 2020, she played in 22 of the team's 24 games and made 11 starts.

Her best game of the season came against USC, when she scored 13 points, knocked a pair of triples, snagged two steals and had five assists.

Over her two seasons at Oregon she averaged 5.4 points and shot 39.8% from the field. The game many will remember her for was a 32-point showing against UC Riverside her freshman year, when she drained 10 3-pointers to set a new program record.

She went on to earn a Pac-12 All-Freshman Honorable Mention that season, and won a conference championship with Kelly Graves the same year.

Shelley came to Eugene as a 3-star prospect (per ESPN) in the class of 2019 from Centre of Excellence High School in Victoria, Australia. She was ranked the No. 28 point guard in her class, and signed with Holly Winterburn.

MNGirlsHoops said:
Coach Kieger will make Penn St a perennial contender at some point, then at the height, she will move to coaching at one of the elite top 5 programs.
Click to expand...

I totally agree. She has refreshed the lineup and recruited athletic, competitive, and up-tempo players to fit her system at Penn State. She has a vision of what is needed to succeed in the BIG10. That's why they hired her.

Iowa gets a transfers from their rival

Gophers112233 said:
Iowa gets a transfers from their rival

And quite the meltdown going on within my fellow Cyclone fan base. Bunch of old men acting like 12 year olds isn't impressing me much. I can't get with all of the ex-player dissing. I can't be all welcoming arms for a transfer in and go all nasty internet tough guy on some teenager that's moving to play amateur sports. Besides, our coach is an asshole and I'm sure that played into the transfer. I think it did with Fernstrom also, a mid-year transfer.

FWIW, she's a decent player and started 24 games but was still only the third best freshman in the ISU 2020 class. She is a better defender and slasher than the current Hawk wings. Had a poor year shooting threes. Improves the Hawks a little IMHO.


Another big blow to Rutgers. Not sure if the have any of their starting 5 returning


Another big blow to Rutgers. Not sure if the have any of their starting 5 returning
Click to expand...

If we want defense...

This surprises me, she had a solid season, tho foul prone. I thought with Jakot coming back I thought maybe Cash would too. 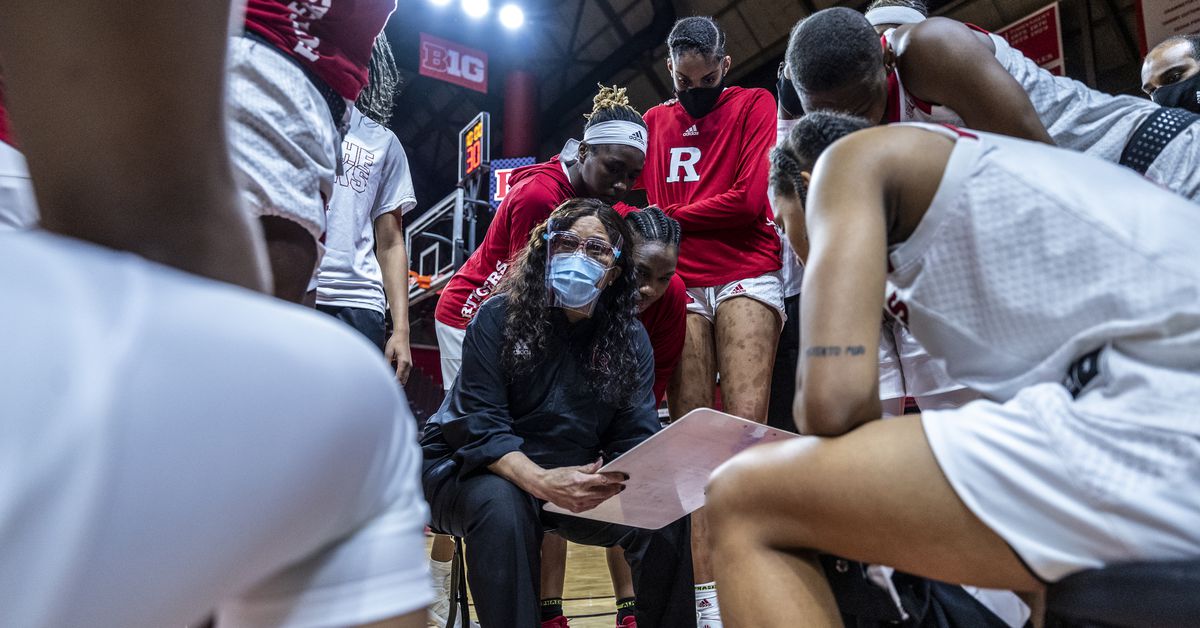 The program continues to add to the roster for next season following several key departures.


The Rutgers women’s basketball team continued to add to its roster on Monday, as the program announced the signing of junior college All-American Awa Sidibe.

The 5’11” guard was the two-time Scenic West Athletic Conference Player of the Year for Salt Lake Community College in Utah. In 21 games this past season, Sidibe averaged 17.4 points, 6.5 rebounds, 2.7 assists and 2.4 steals in 27.8 minutes per game. She led Salt Lake to an eighth consecutive SWAC regular season title. Expect Sidibe to receive additional honors as the season just concluded.

Sidibe was named a NJCAA Second Team All-American and WBCA NJCAA Player of the Year after her freshman season in which she averaged 14.2 points, 5.5 rebounds, 2.6 steals and 1.5 assists in 24.7 minutes per game. She led Salt Lake to a Region 18 Championship and was named Tournament MVP. Off the court, Sidibe perfomed at a high level academically, making the Deans List
Click to expand... 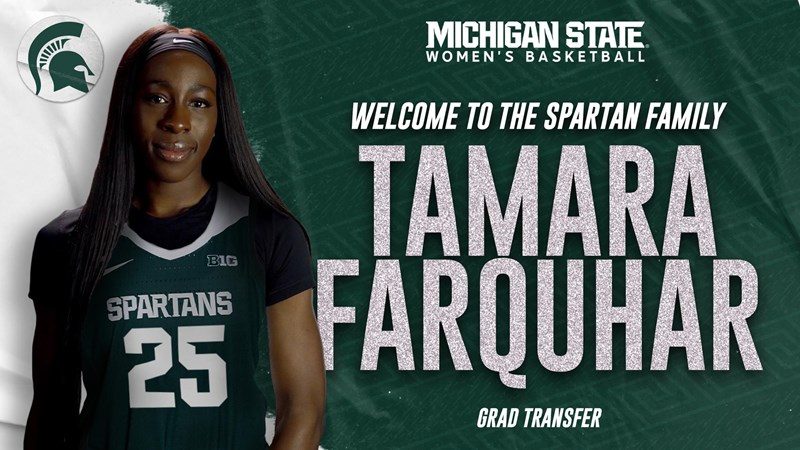 Farquhar comes to MSU as a graduate transfer from Purdue.

"We love the experience, athleticism, and skill set that Tamara brings to our program. Her ability to play multiple positions both on offense and defense is something that we were very excited to add to our roster. She is a tremendous rebounder and loves to play in open space especially in transition. We are thrilled to welcome Tamara and her family to the Spartan Nation," Merchant said.

Farquhar, a 6-0 guard/forward, hails from Pierrefonds, Quebec. The Purdue transfer averaged 6.5 points and 6.1 rebounds per game as a senior. She was second on the team in rebounding, starting all 23 games for the Boilermakers last season.

She was a member of the Canadian National Women's Development Team, earning the silver medal at the 2015 Summer Universiade in Gwangju, Korea. She also played in the RISE Across Border Global Games for Team Canada. 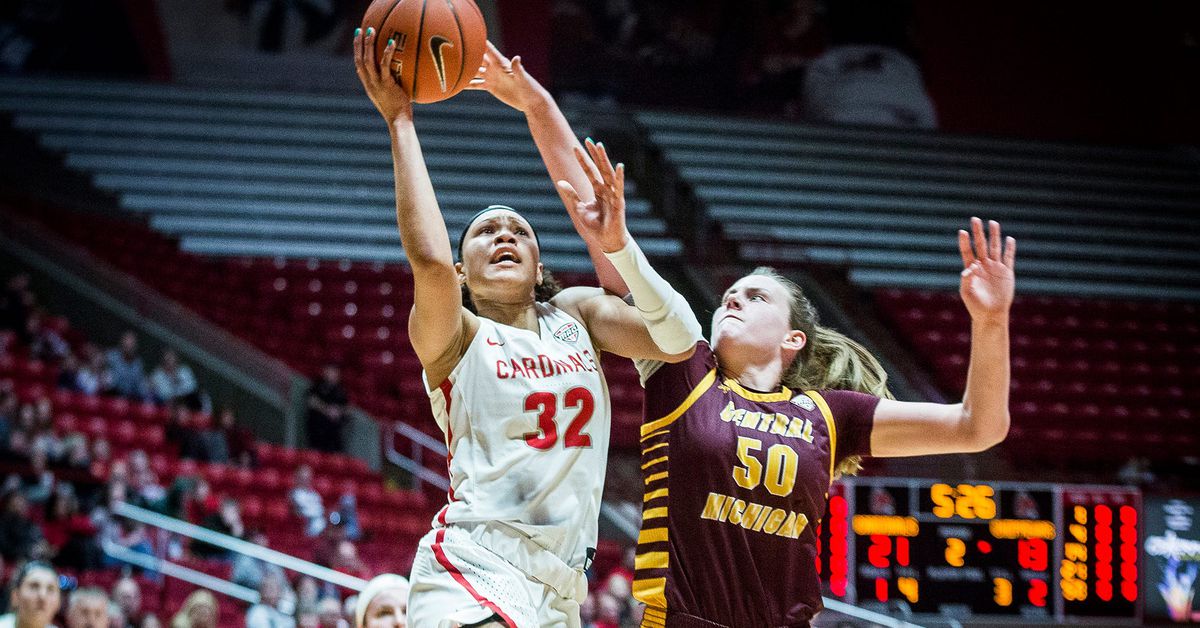 The two-time First Team All-MAC forward has the opportunity to make a big impact.

A good get by Rutgers:

Another transfer staying in the B1G


Another transfer staying in the B1G
Click to expand...

I know transfers have been easier for players during the pandemic, has the Big Ten changed their rules about transfers within the conference or will the NCAA once transfer rule over trump it?