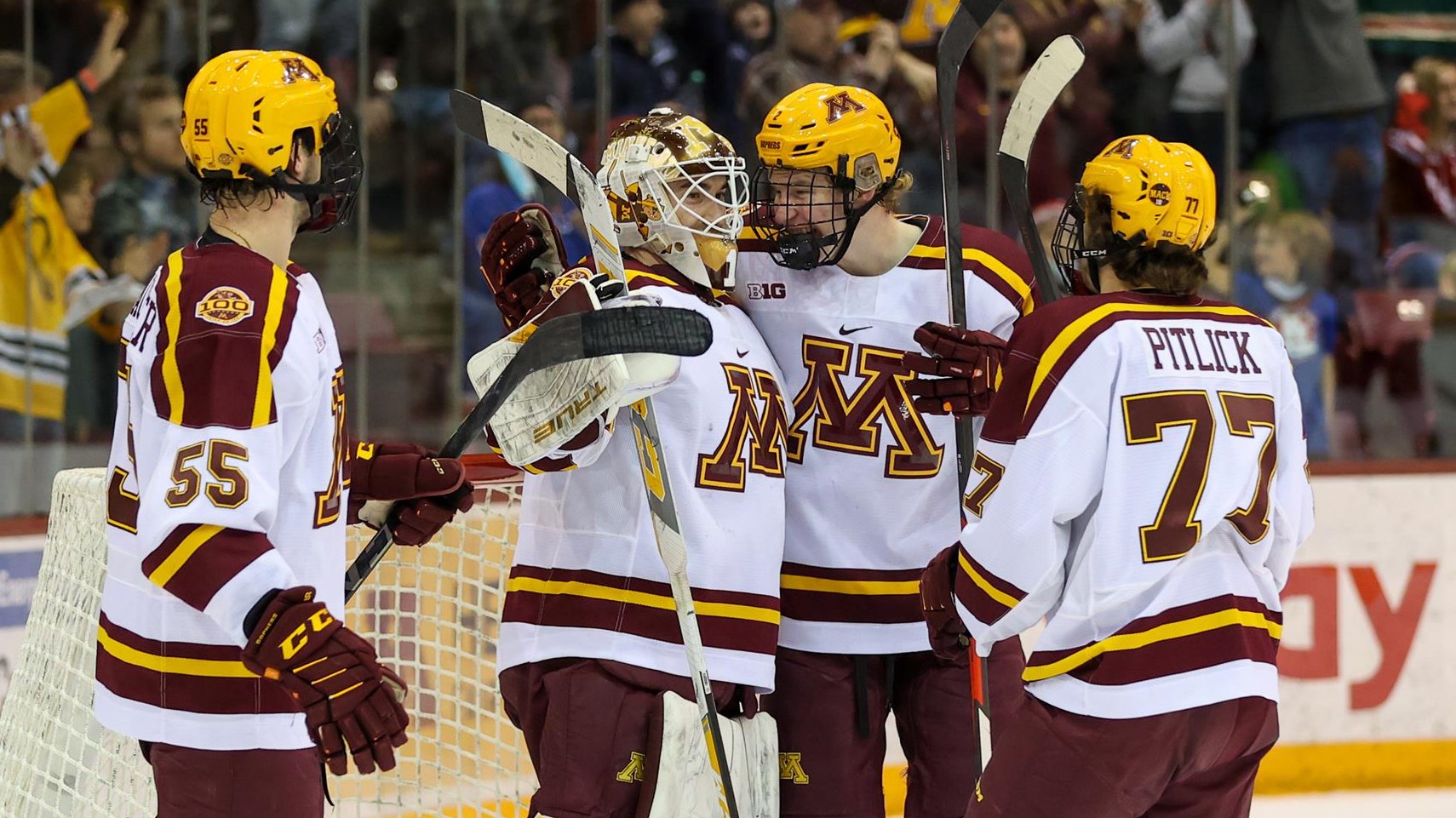 Minnesota will host a Big Ten tournament semifinal on March 12 at 8:00 p.m. CT.

As the No. 1 seed in the Big Ten tournament, the Gophers earned a first round bye and will host the lowest remaining seed following this weekend's quarterfinal series. Tickets for all Big Ten tournament games are now on sale on GopherSports.com.

The No. 2 Gophers enter the postseason on an eight-game winning streak while earning the program's fifth Big Ten regular-season championship in the conference's nine-year history (28th overall regular-season conference championship). The Maroon & Gold closed out the regular season with a two-game Border Battle sweep at 3M Arena at Mariucci as Minnesota outscored the Badgers 13-0 in the series and have outscored opponents 37-11 during the eight-game winning streak
Click to expand...