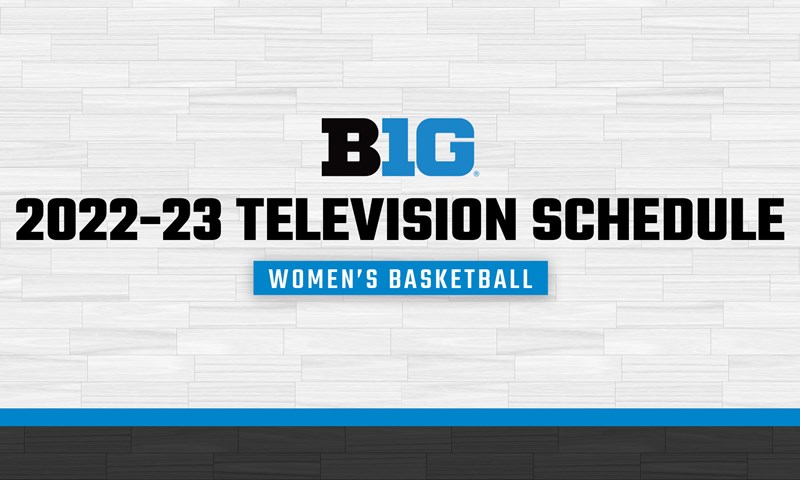 For the ninth consecutive year, all conference games will be nationally produced and distributed

For the ninth consecutive year, all conference games will be nationally produced and distributed

Minnesota's dates (most of which are home games):

The Minnesota women's basketball team is scheduled to have five games aired on national television this season, the Big Ten Conference announced Wednesday. All five of the Golden Gophers' slate will be seen on the Big Ten Network.

The nation's first look at the 2022-23 Golden Gophers comes on Wed., Nov. 30, against Wake Forest as a part of the Big Ten/ACC Challenge. That game will begin at 7 p.m. CT on B1G Network.

Four of the five times the Gophers will be seen on national television will be broadcasted from Williams Arena in Minneapolis. The B1G Network is scheduled to carry Minnesota's Big Ten opener against Penn State on Sat., Dec. 3 at either 5 p.m. or 7:30 p.m. The Gophers will be back on the national stage a week later against the Iowa Hawkeyes, this time on the road at Carver-Hawkeye Arena at 8 p.m. CT.

The first time fans will be able to see the Maroon and Gold in 2023 on national television is on Thur., Jan. 12, against Rutgers at the Barn. The game against the Scarlet Knights is scheduled for a 7:30 p.m. CT tip.

Minnesota's last potential game on national television is on Sun., Feb. 26, against Purdue at home. That game is a wildcard selection to be made by the B1G Network at a later date. The game is scheduled to begin at 1 p.m. CT, and will be carried by B1G+ if it is not picked up by the network.

B1G Network and the University of Minnesota have also confirmed that it will carry all remaining home games on the BTN+ streaming service
Click to expand...

I think the glass is half empty. Big Ten Women's sports are insufficiently televised. Every Big Ten football game is televised. Yes, I know that football is king and pays the bills. I haven't seen the data but I would guess that more Big Ten men's basketball games are televised than women's. The Big Ten Network has 4 channels. You would think that they could broadcast more women's sports with that many channels. If you want to see women's sports, you need to subscribe to BIG+, which is one more subscription expense competing for our limited dollars. I don't think that is equitable treatment of women's sports and it doesn't help develop a bigger fan base for women's sports.

Iowa leads the way with at least 18 appearances on either BTN, ESPN or FS1.
Maryland and Ohio State each have 13, Indiana 11 and Michigan 10.

I guess I will see very few MN women’s games this year…. BTN+ is extremely expensive compared to every other streaming service. I will stick with BIG, ESPN+ and Midco for a high volume and good mix of games….