It’s been WLWLWLWL versus Rutgers in the last eight games. So, we are due a W. First, however, the Gophers will have to deal with Rutgers 6’ freshman wing, Kaylene Smikle, who is trending up and up and UP.

Here's a couple of highlights; yes she's good from beyond the arc. 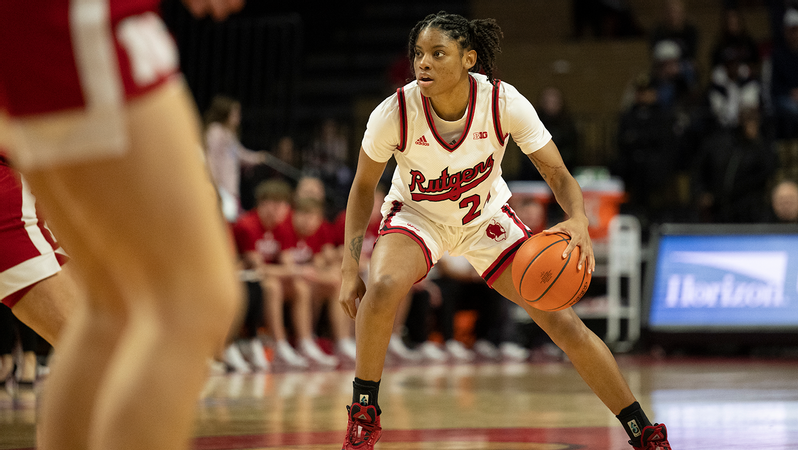 Freshman Kaylene Smikle continues to impress as she paces the team with 16.7 points per game in addition to averaging 22.0 points in Big Ten play.

Smikle is the only Scarlet Knight to net 20+ points in a game, accomplishing the feat seven times, including five times off the bench.

The freshman has reached double-digit scoring in 13 of 17 outings this campaign, including 18+ points in the last five contests.

The Farmingdale, New York product has also been solid from beyond the arc. Her 33 three-pointers lead the Scarlet Knights while her five three's against South Dakota State rank as the highest performance in a single game this season for RU. She has hit at least one three in every contest this slate and cashed in on two or more in the last six games.

Chyna Cornwell has burst onto the floor this season for the Scarlet Knights as a huge presence in the post.

She leads the team with five double-doubles, tied for second in the big Ten, including back-to-back outings against Illinois (Dec. 7) and Hampton (Dec. 10):

Strong Off the Boards

In all but one win, Rutgers has secured more rebounds than the opposition. This season, RU has outrebounded its opponents 662 to 609 (+53).

The team has recorded 30+ rebounds in 15 of 17 outings and 40+ boards in eight games. The Scarlet Knights grabbed a season-high 53 off the glass against Cornell (Nov. 27) for its highest rebounding margin (+23).

Chyna Cornwell leads the Scarlet Knights off the boards, with 9.2 rebounds per game to rank second in the Big Ten. Her 16 rebounds against Cornell also measures up as the second-best single game performance this season. 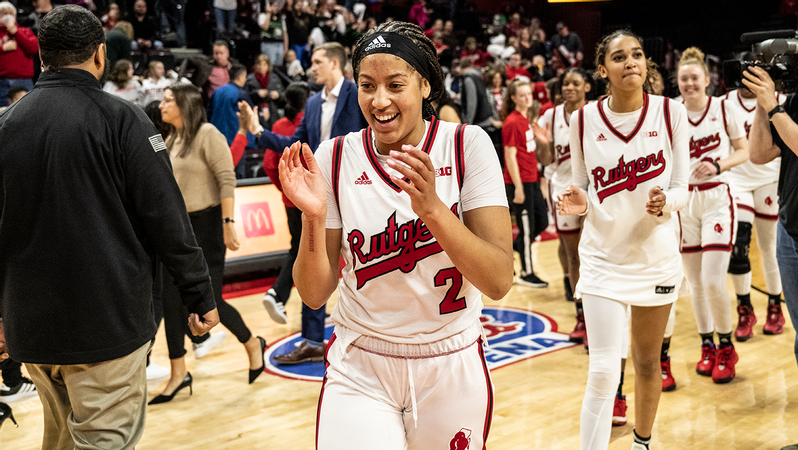 PISCATAWAY, N.J. — Kaylene Smikle of the Rutgers women's basketball team has picked up her second Big Ten Freshman of the Week honor on Monday afternoon. She is

Previously ranked Nebraska fell to Rutgers a few days ago.

Meanwhile, Illinois gets an entire week off to prepare for the Minnesota-Illinois game on Sunday.

Bfan said:
Meanwhile, Illinois gets an entire week off to prepare for the Minnesota-Illinois game on Sunday.
Click to expand...

Seems to be a trend, Badgers had 6 days to prepare for the Gophers and I think it showed.

Rutgers has only eight players on the roster!

Someone new is with the team.

GringaGopher said:
Let’s reduce our TO’s as we r 1/2 with Rutgers in the Big.
Click to expand...

Micheaux didn’t get your memo

Right now this game should be wearing a bag over its head to hide the ugly.

Good to see us getting in and fighting for rebounds though

Frink said:
Right now this game should be wearing a bag over its head to hide the ugly.

Good to see us getting in and fighting for rebounds though

Really hard to watch after watching the mens game lol. Nice to see Hammond getting some stats though.

I wish Rutgers wasnt in the big ten simply so i didnt have to watch their womens basketball team. Every game they play ends up like this, they are big and physical and have no skill. Hopefully Gophers can just hit some shots and run away with this thing in the 2nd half.

I kind of feel bad for Braun. She is covered moves and coverd, and hand fighting trash on her from Rutgers. She is a passer tonight.

After a good start, went back to lazy passes and easy run outs for Rutgers.

Borowicz throws another absurd pass then Rose commits an bad foul. If there's one thing I want to see from the team this year it's those two things removed.

Honestly our half court defense hasn't been bad. We're giving up the points off of turnovers and bad shots.

Announcers keep saying Rutgers defense but it’s not that, most of the Gophers turnovers are self imposed and not forced. So frustrating to watch

Frink said:
Borowicz throws another absurd pass then Rose commits an bad foul. If there's one thing I want to see from the team this year it's those two things removed.
Click to expand...

Katie B's decision makin in this 2nd half is something else

All the more reason to establish keeping the ball as a priority…,play a manager… you didn’t learn this way you are not gaining good experience but repeating bad habits…

As other posters have commented I like the flow of our offense better with Battle @ the point. They definitely need the PJF “ the ball is the program mantra “….. just finished this post as they commit another TO!

Battle for the bottom of the BIG10.

Gaaaahhh... Rutgers gets the mismatch on Katie and the post with their best player and Heyer and Micheaux leave their players not to help but to just sort of wander over and watch. We are making some strides on defense but lapses like that are stilll to common

really tough night for the guards, Katie B simply has to be better