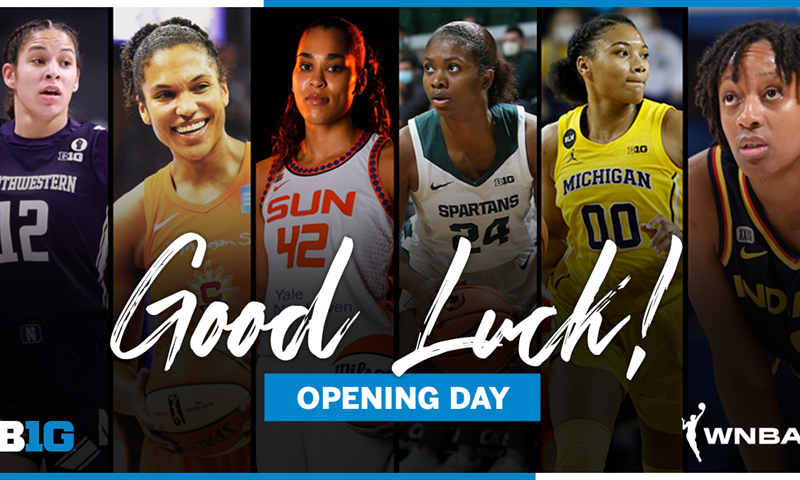 With Amanda Zahui B on the full season suspension list, Rachel Banham is the only Gopher on a WNBA opening day roster.

ROSEMONT, Ill. — A total of 22 standouts from current Big Ten Conference schools earned a spot on 2022 WNBA Opening Day rosters, with two other Big Ten alums serving on WNBA coaching staffs, as the league tips off its 26th season this weekend. The combined total of 24 Big Ten representatives in the WNBA features former players from 10 of the conference's 14 member institutions, with Maryland (7) and Rutgers (5) leading the way. No fewer than 11 of the 12 WNBA franchises (all but Las Vegas) have at least one former Big Ten player on their rosters.

This year's Big Ten alums on WNBA Opening Day rosters and coaching staffs is as follows: