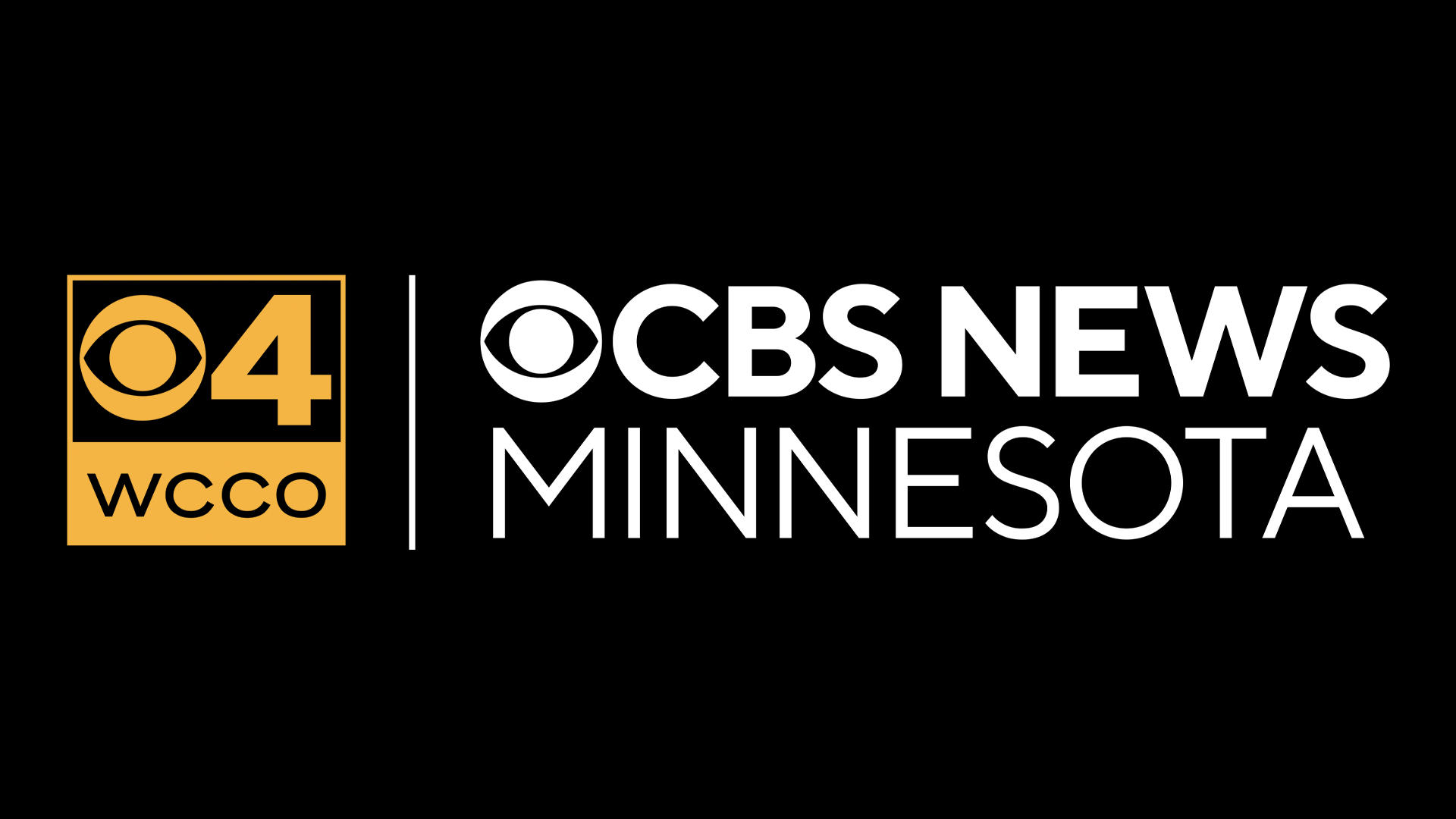 Latest breaking news from WCCO, the Twin Cities and Minnesota.

She will be a game-changer for the Gophers if we can keep her home. With NIL money, we must wonder if it will create a huge imbalance in college basketball. Are players going to opt for colleges that have the promise of huger earnings?

Closeness to family and friends is our hope. 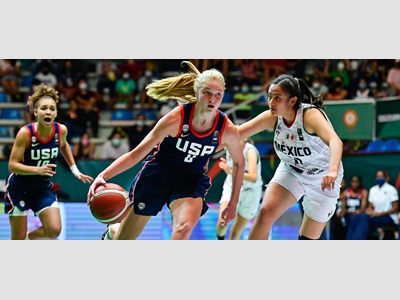 Recap of the Mexico game with the Olson mentions:

Watkins, who played 16:13, hit 8-of-14 from the field and shot a USA U16 single-game record-tying 5-of-5 from the foul line. A total of six North Americans scored in double digits, including Delaney Thomas (St. John's College H.S./Charles Town, W.Va.), who scored 14 points after hitting 5-of-6 from the field and 4-of-4 from the line; Breya Cunningham (La Jolla Country Day School/Chula Vista, Calif.) and Olivia Olson (Benilde-St. Margaret's/New Hope, Minn.) scored 13 points apiece; KK Arnold (Germantown H.S./Germantown, Wis.) notched 12 points and Kendall Dudley (Sidwell Friends School, D.C./Manassas Park, Va.) chipped in 11 points.
[...]
“Coach wanted us to play hard right from the get-go,” said Olson. “I thought we stepped up, played hard together, and moved the ball really well. It’s hard to come back from a 16-0 deficit and we kept the pressure on them the rest of the game.”
[...]
“We’ve been working on getting steals and rotations on defense when we’re pressing, just communicating better and I thought we did that really well tonight,” added Olson on what her team worked on in the second half.
Click to expand...

Per Twitter, It would appear Carly and Whalen are heading to Mexico to watch Olivia in person. Michigan and Nebraska also there as well likely watching Olivia and others on the team. 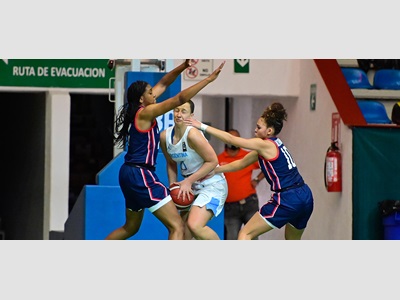 U.S. advances to quarterfinals as no. 1 seed from group B.

The USA Women’s U16 National Team (3-0) rode a 23-0 game-opening run to a dominating 115-36 victory over Argentina (1-2) at the 2021 FIBA Americas U16 Championship on Wednesday night in Leon, Mexico. The preliminary round win, which saw six players finish in double-digit scoring, advances the U.S. to the medal round as the No. 1 team from Group B. The team will face Costa Rica (0-3), which finished fourth in Group A, in the Aug. 27 quarterfinals (time TBD).

“It feels great,” said Delaney Thomas (St. John's College H.S./Charles Town, W.Va.), who put up the game’s lone double-double with 11 points and 10 rebounds, on the team being 3-0 heading into the medal round. “This team is awesome to play with and it’s a bunch of fun, we’re just out there having fun together.”

Maggie Mendelson (Fremont H.S./North Ogden, Utah), who hit 10-of-12 from the charity stripe, finished with 16 points and seven boards; Jada Williams (La Jolla Country Day/San Diego, Calif.) scored her 15 points in the first half and dished out a game-high nine assists; Jadyn Donovan (Sidwell Friends School, D.C./Upper Marlboro, Md.) tallied 14 points and six caroms; and Olivia Olson (Benilde-St. Margaret's/New Hope, Minn.) chipped in 10 points
[...]
Olson netted back-to-back 3s in the first 14 seconds of action and the USA was off and running. After three minutes had expired, all five starters were on the board and the lead was 14-0. In all, seven players put up points in the 23-0 run. By that point, Argentina had missed all six of its shot attempts, while the USA was 8-of-14 (.571).
Click to expand... 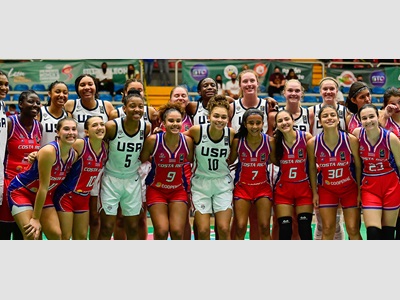 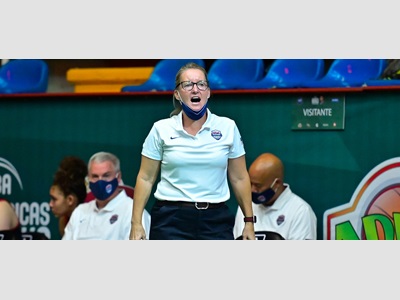 The USA will face Canada in the gold medal game.

Behind another well-rounded team effort that saw all 12 players score, including six in double digits, the USA Women’s U16 National Team (5-0), raced past Mexico (2-3) 121-30 in semifinal action at the 2021 FIBA Americas U16 Championship on Saturday night in Leon, Mexico. The USA will face also undefeated Canada (5-0) in Sunday’s gold medal game at 9:30 p.m. (all times listed are EDT), which will be streamed live at YouTube.com/FIBA.

Costa Rica was like a lower level AAU team or HS team if that. 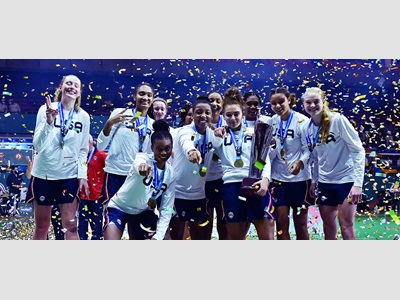 USA U16 Women Sprint Past Canada 118-45 for Golden Finish

“Everybody has been levelheaded and confident,” said Watkins after winning gold. “We were confident in all the work we put in and all the hard hours and long nights in the gym. We just came in confident, poised and ready to take on Canada. Everyone here sacrificed a lot to be here, and we really had a lot of fun with it. Wearing those three letters across your chest means a lot more than just playing for the name on the back.”

Watkins, who scored 17 points in the first half, netted all six of her free throw attempts and nabbed six steals against Canada, averaged a tournament-best 20.0 points per game over the six games. Joining Watkins on the FIBA U16 Championship All-Star Five were the USA’s Jada Williams (La Jolla Country Day/San Diego, Calif.), who scored 10 points and dished out eight assists in the gold medal game, as well as Mexico’s Loriette Maciel, Brazil’s Taissa Nascimento Quieroz and Canada’s Cassandre Prosper.
Click to expand... 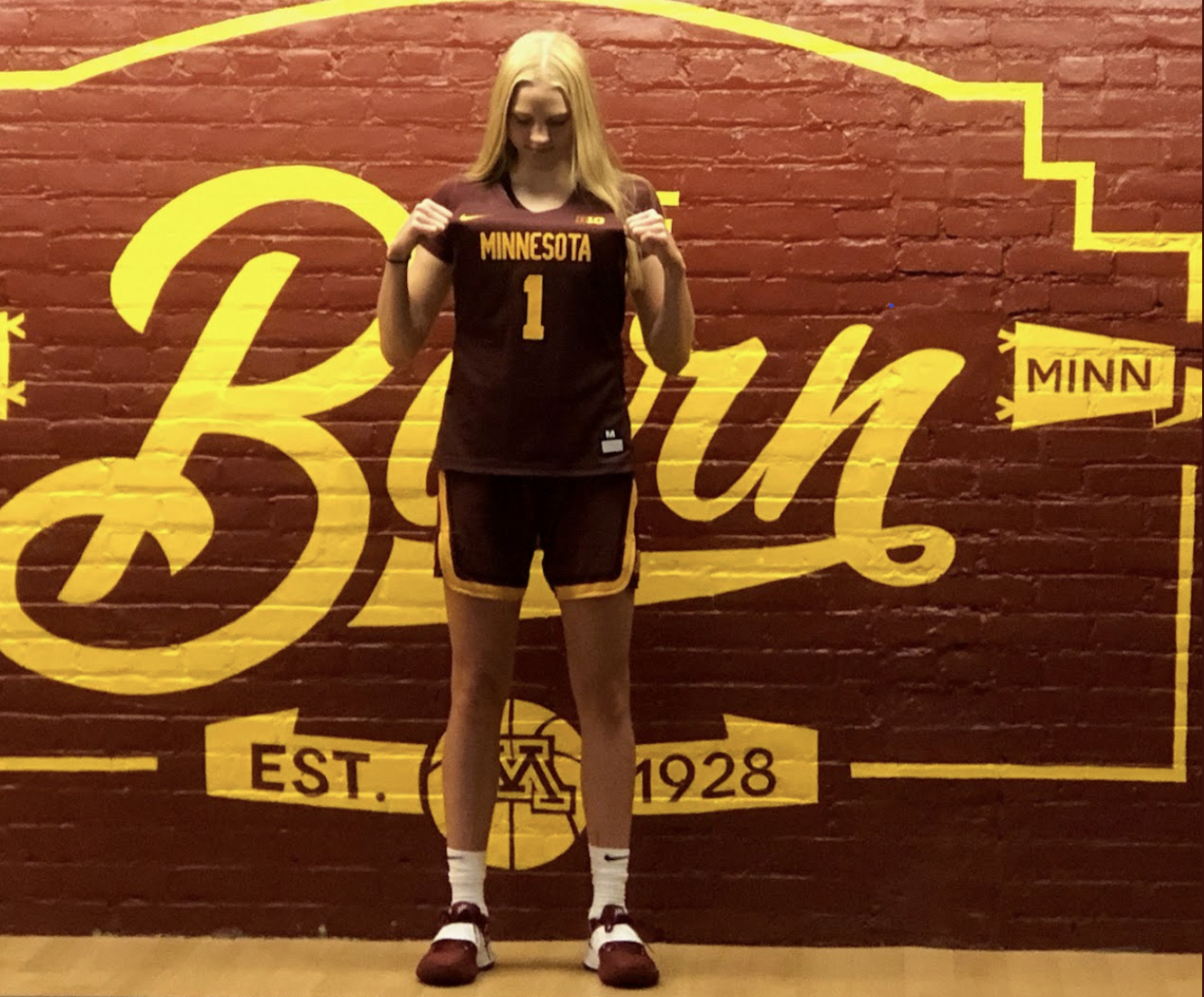 Good to see that she is still playing soccer. It seems multi-sport athletes are becoming rarer & rarer.

Q: Has the tournament had any impact on your recruiting since you got back?

A: I would say it has picked up quite a bit. A lot of coaches have called Nick Storm from the Fury. I had kind of shut it down while I was there because I didn’t want to get distracted. I’m just getting caught up with coaches now and talking to some new ones who were there.

Q: I know you have been out visiting schools over the past week or so. Where all have you been?

A: I went on a road trip to Michigan, Michigan State and Notre Dame.

Q: What other schools have you visited in person?

A: I have been to Minnesota, Iowa, Iowa State and Nebraska.

Q: So how many offers do you have now?

Not trying to start a fight here with this comment - but you would think more than one of the six would be masked up. Still too many breakthrough cases going on out there. And, the cases in schools are on the rise, as well. 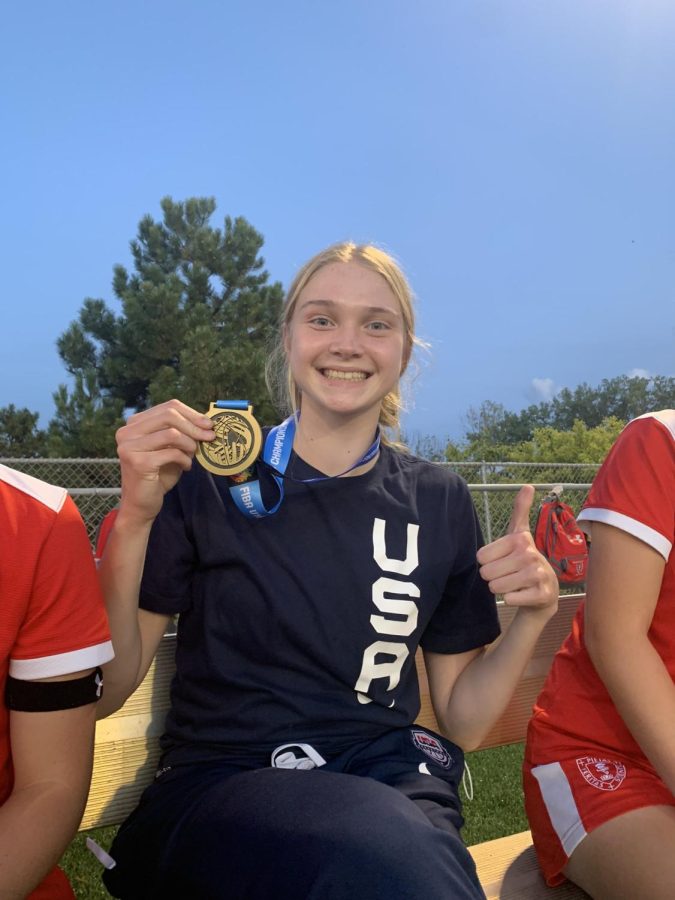 Up and coming basketball star and BSM sophomore Olivia Olson was almost a competitive dancer. Olson told her mom she wanted to get serious about competitive dance, but her mom recommended she try basketball first. Meanwhile she had been playing competitive soccer, as the goalie for the top team... 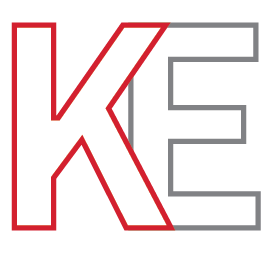 After winning the gold medal, Olivia returned home and resumed her regular high school experience. She missed sleeping in her own bed and spending time with her family; she also missed practices on BSM’s girls’ soccer team. Since her return, Olson has started in the last four out of five soccer games and made essential saves as the team’s goalie. “Basketball was way more fun, but I didn’t want to get burnt out and still love soccer, so high school soccer is perfect for me,” Olson said.

In the future, Olson plans on playing Division 1 basketball. She has already caught the attention of coaches and visited schools such as Notre Dame, University of Michigan, University of Iowa, and others. The head basketball coach of Maryland even came to watch Olson in a soccer game she didn’t start in, an effort to gain Olson’s attention. “I don’t know what school I want to go to yet. I still have a lot to figure out, but it is nice to know I have options,” Olson said.

Does UCONN really have three coaches in attendance? It seems like there should be some kind of limit for an open gym. 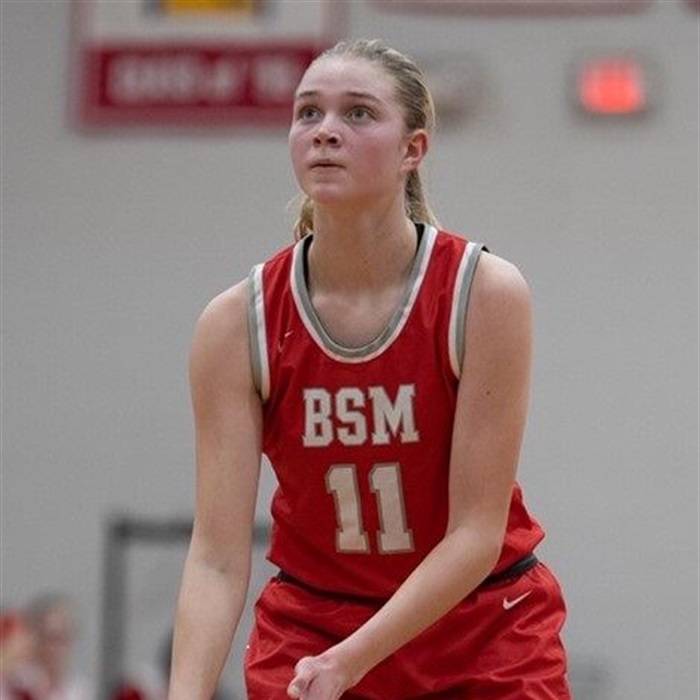 Olivia Olson, a 6-foot-1 sophomore forward from St. Louis Park (MN) Benidle St. Margaret’s, is ranked as the number three player in the Class of 2024 by ESPN. Olson averaged 23.2 points per game this past season as a freshman, scoring in double figures in all 16 games. She had twelve games of...

Olivia Olson, a 6-foot-1 sophomore forward from St. Louis Park (MN) Benidle St. Margaret’s, is ranked as the number three player in the Class of 2024 by ESPN.
Click to expand...

Olivia was in the crowd today for the exhibition game. 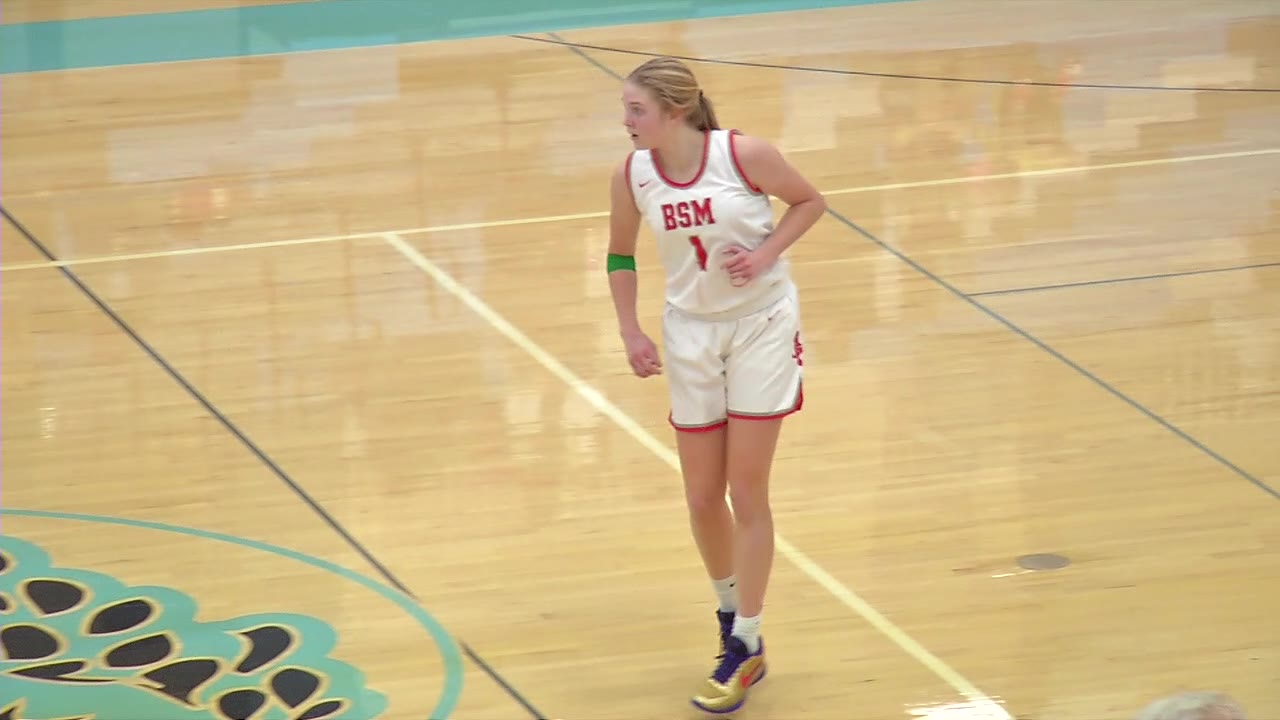 NEW REVISION HERE After losing three of four games to start the season, the Benilde-St. Margaret’s girls basketball team has been on fire. 16-5 overall, they look poised to make a run in the section playoffs and make the 3A state tournament. 6-foot-1 sophomore Olivia Olson leads the Red Knights...

The second line of schools that do not show in the image above are: 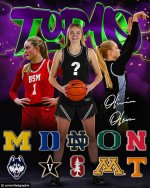 Based on what insider info? Everything that I have heard suggests that staying home is appealing to Olivia.

I wonder how coaches ages play into this. Tara and Geno will both be 70 by 2024. Is UConn still UConn without Geno? Will he be there for four years after 2024? Same for Stanford. Heck, maybe it doesn't matter these days. You can change schools at anytime.

First of all, wrong.

Are the Gophers the favorite? No. If they had no chance, they wouldn't be on there. After classes of 2020/2021, the coaches made it clear to recruits they would rather know now if they are off the list. An example being Nnaji not having them on her top 13 that came out. They let the kids know they want the truth. It doesn't help them to be on there as a courtesy. All ten have things she likes and all ten have something she isn't thrilled with. the 2022s as a group and Klick are good pulls for the program. If they are lucky enough to get Tessa, they could be in business.

Don't know how reputable these sources are, but have heard that Olson is focusing on two main schools, Duke and Notre Dame.