There will be a televised version of the awards at a a later date on Bally's.
Click to expand...

This is a few days old, but wanted to mention this tidbit. Terry Francona has agreed to return to the Guards dugout in 2023. 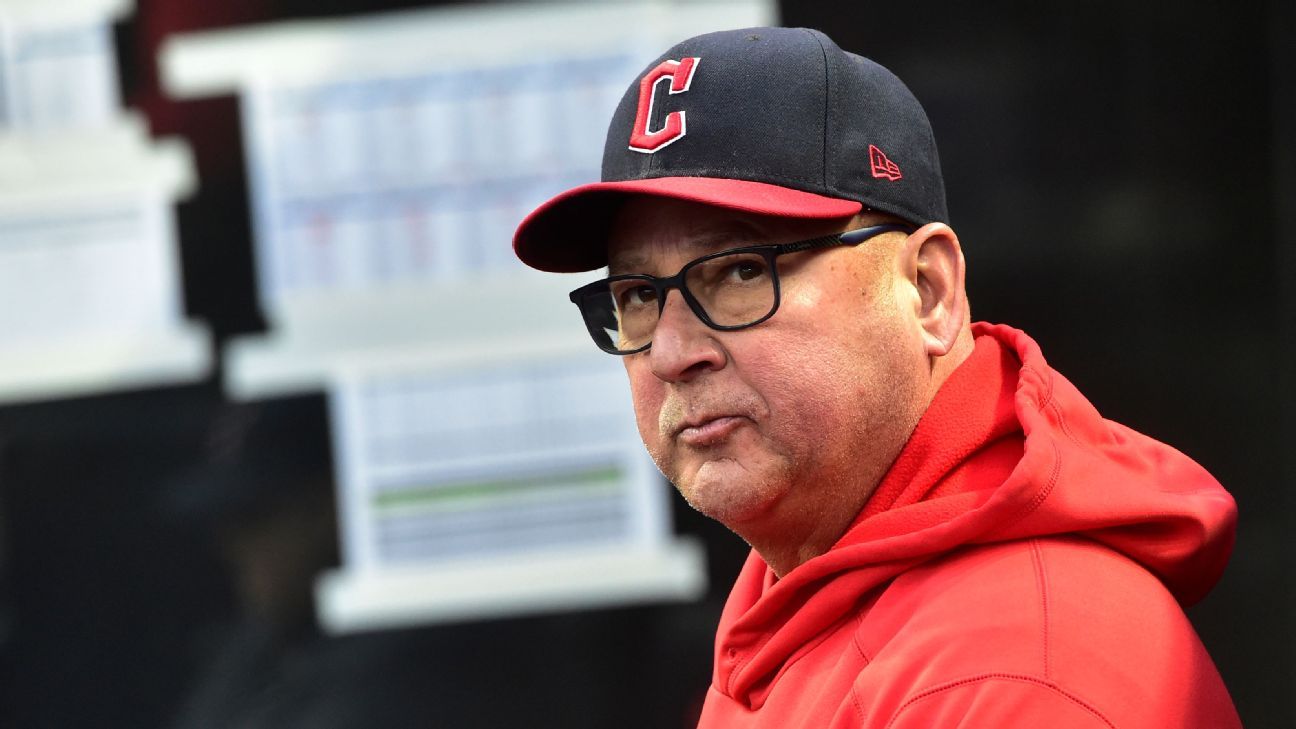 Guardians' Francona agrees to return for 2023

Guardians manager Terry Francona said he'll return for an 11th season after leading the majors' youngest team to a division title and the ALDS in 2022.

Does not help the Twins unfortunately. Tito seems like a pretty decent guy and is consistently a good guest when interviewed with self deprecating humor. I root for him when it does not adversely impact Minnesota.

was listening to the most recent "Gleeman and the Geek" podcast.

the main focus was on payroll. they went through what the Twins have committed for payroll for next year, then factored in likely arbitration increases.

bottom line, depending on what happens or doesn't happen with Correa, the Twins should have anywhere from $30 to $60-million to spend - IF the payroll is the same as the last season.

with the drop in attendance, I hope Falvey and Levine realize they need to create some positive buzz somehow. signing more retread pitchers ain't going to do it.

GophersInIowa said:
Donaldson was really bad in the playoffs too.

Who will be accepting Correra’s awards?

Gopher_In_NYC said:
Who will be accepting Correra’s awards?
Click to expand...

Gopher_In_NYC said:
Who will be accepting Correra’s awards?
Click to expand...

They mailed them along with a complimentary U of Minnesota sweater.

The Twins have made their first signing of the offseason. Given how 2022 went, it's an important one.

Nick Paparesta, the Oakland A's head athletic trainer for the past 12 seasons, has been hired to run the Twins' training staff, the team announced Thursday.

Paparesta, who also served as an assistant trainer with the Rays for five seasons and as a minor league trainer in Cleveland's system for a decade before that, replaces Michael Salazar, who was fired earlier this month following a season in which nearly every player on the Twins' roster spent time on the injured list. 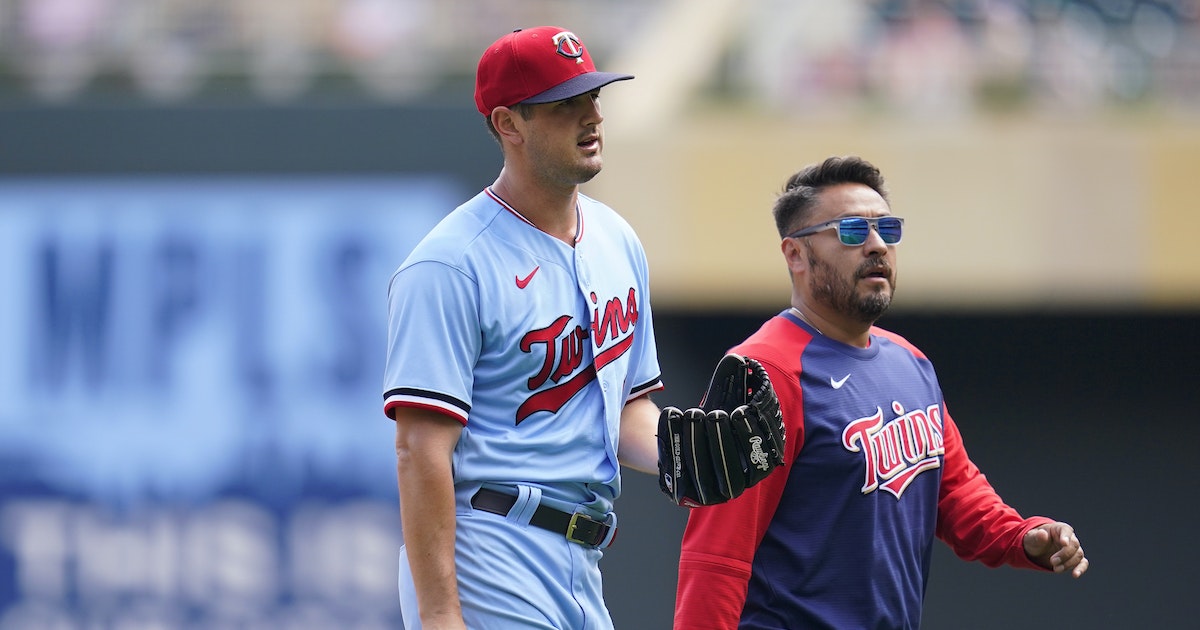 The longtime A's trainer will lead the Twins, one of the most injury-riddled teams in baseball last season.


Jim Pohlad is emphatic in his desire to have Carlos Correa back.

“I’m totally on board with him coming back,” the Minnesota Twins’ owner said Thursday of the pending free agent shortstop. “Definitely. Absolutely. I love the guy. He’s a huge asset and benefit to the team. But I don’t know how it’s going to go.”

Correa, 28, intends to opt out of the remaining two years of his $105.3 million, three-year contract five days after the World Series. Correa left the Houston Astros last spring after seeking a deal believed to be in the $300 million-range over 10 seasons.
“It probably didn’t work out exactly for him the way he wanted it to last year,” Pohlad said. “So maybe it will this year, I don’t know.”

How much will that cost?

“That’s the issue,” Pohlad said. “He’s got an aggressive agent (powerbroker Scott Boras), and they’re going to test the market, and I don’t know what it’s going to yield for them. It’s really too early to tell.”

— An educated estimate is that retaining Correa could cost $210 million or so over seven seasons. Meanwhile, don’t be surprised if the fast-rising Mariners, eager to contend for a World Series berth, become a top bidder for Correa. One benefit for Seattle is that Washington does not tax personal income. That could be a savings for Correa of $12 million to $15 million over a seven-year deal. Minnesota’s top-earner state tax is 9.85 percent. 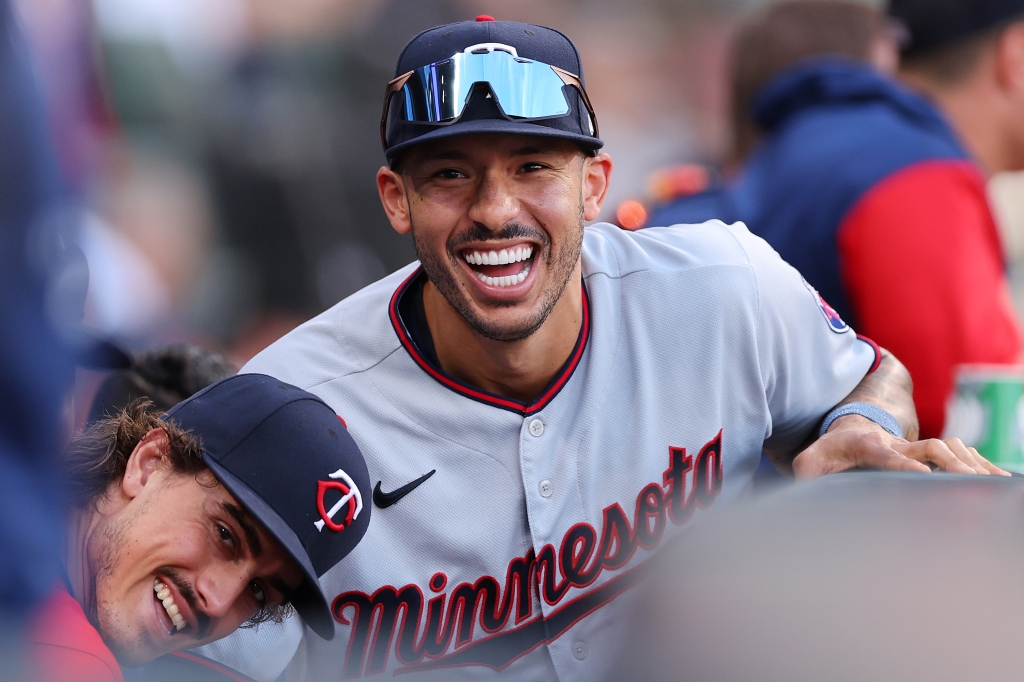 Correa intends to opt out of the remaining two years of his contract five days after the World Series.

With six players under contract for 2023, Twins will reshape roster​

For the second year in a row, in other words, the Twins have only a handful of salary commitments on their books already, and substantial payroll space to devote to securing more talent over the winter. That is, if they intend to keep their payroll at the same level as 2022's Opening Day total of $134.5 million.

That was franchise-record spending, but it ranked only 15th, almost precisely average, among major league teams. By the end of the season, after adding veterans at the trade deadline and by placing more than two dozen players on the injured list, where they continued to be paid, the Twins had paid out roughly $160 million.

Will they keep up their admittedly middle-class spending level? Both Falvey, the Twins president of baseball operations for the past six years, and Dave St. Peter, the team's chief executive, said as the season ended that owner Jim Pohlad had issued no instructions to spend less in 2023, though St. Peter suggested that three consecutive seasons of lower-than-expected ticket sales due to the pandemic and disappointing results on the field had left "our payroll well north of where revenues suggest it should be."

Still, St. Peter added, "I have every reason to believe the Pohlads are going to continue to support this team" and not slash payroll. 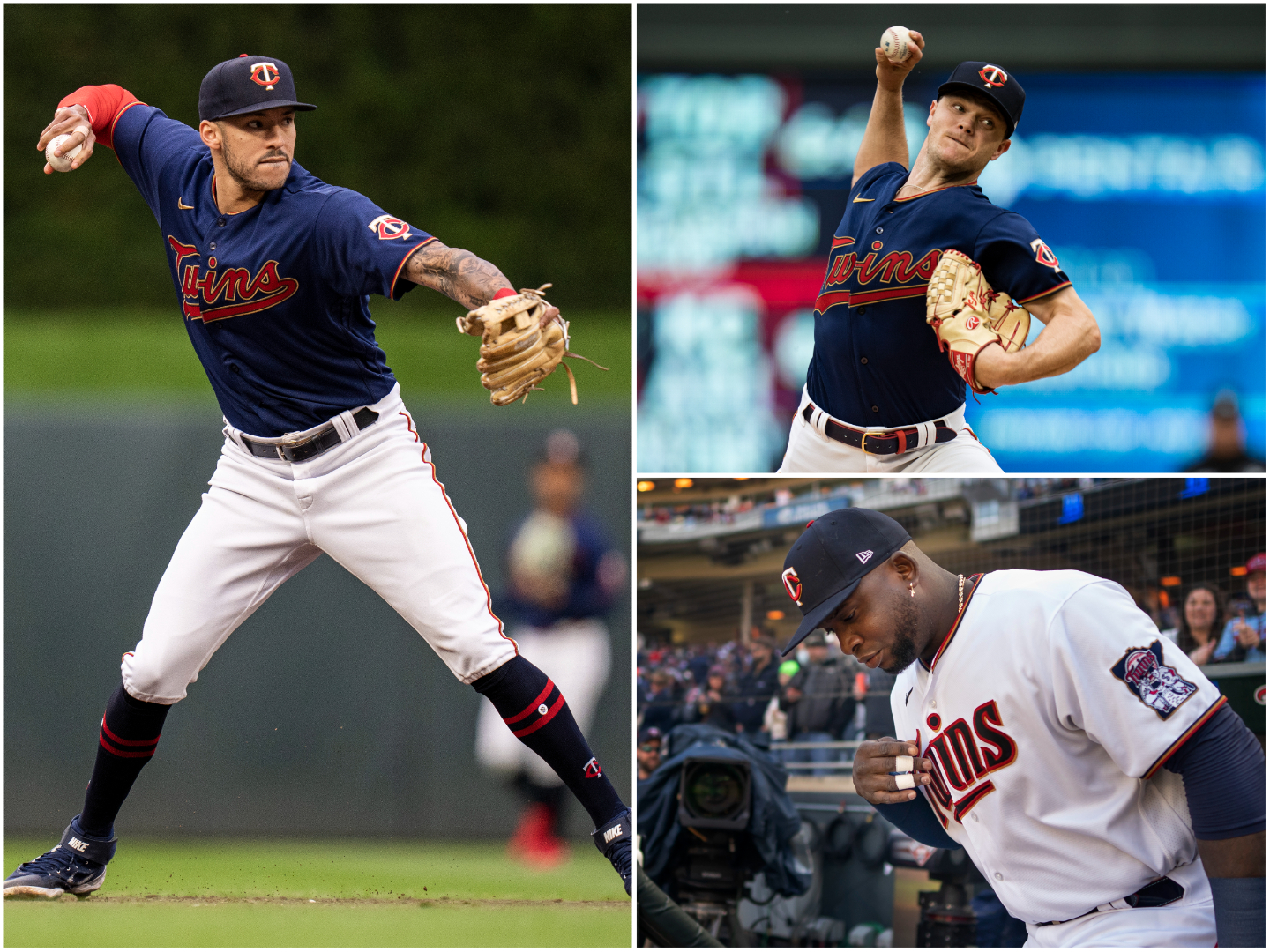 With six players under contract for 2023, Twins will reshape roster

The team will have a lot of personnel decisions to make, and plenty of wiggle room, as the MLB offseason gets underway.

well, now we'll see what the front office wants to do.

I am sick of the retreads and the reclamation projects for pitching.

if they're not going to sign a legitimate starter - one who does NOT have any injury red flags - then just give the innings to younger pitchers from the farm system.

I would rather lose and develop younger arms as opposed to losing with a bunch of has-beens and never-were's.

Sad end to Sano's once promising Twins career. There will always be a "what could have been" with him.

And an early congrats on his likely future W.S. ring as a big part of the Red Sox.

Of all the bombas hit in 2019 that’s the one I remember the most. It’s too bad Sano couldn’t make it, I wonder if he’s even in a teams organization by the time 2023 starts.

with Sano, it was two factors.

1. couldn't or wouldn't stay in shape

2. couldn't or wouldn't adjust to how he was being pitched. just kept chasing high fastballs or waving at low-and-away breaking balls.

at this point, what MLB team is going to give him a chance? he could wind up in Japan - or Mexico.

It would be great to see this team invest in Correa. Do that, bring in another starter (getting Maeda back will be great) and I'll be happy with the offseason.

i wanted Edwin Diaz...i know the mets shelled out a lot for him but i was hoping they'd invest in a stud reliever instead of a starter who will only throw 80 pitches anyway.

tmvander said:
i wanted Edwin Diaz...i know the mets shelled out a lot for him but i was hoping they'd invest in a stud reliever instead of a starter who will only throw 80 pitches anyway.
Click to expand...

This front office ain’t gonna pay $6million a year for a reliever vs. $20million.

From the Parkinglot said:
This front office ain’t gonna pay $6million a year for a reliever vs. $20million.
Click to expand...

i know but with how we're starting to use our bullpen 4-5 innings a game it seems like the better investment.

tmvander said:
i know but with how we're starting to use our bullpen 4-5 innings a game it seems like the better investment.
Click to expand...

Even so, that's a lot of money to invest in someone that only plays 1 inning every other game on average. It'll never happen with the Twins and I think that's ok. Really good relievers is much easier to develop.

Twins are making a big promotion of the unveiling of the new uniforms. Holding a deal at the Mall of America on November 18th.

in other news, this was in The Athletic:

Since the season ended last month, a team source said the Twins and Correa’s representatives have discussed general parameters for a long-term contract as opposed to formal talks. Boras declined comment.

GophersInIowa said:
Even so, that's a lot of money to invest in someone that only plays 1 inning every other game on average. It'll never happen with the Twins and I think that's ok. Really good relievers is much easier to develop.
Click to expand...

That is true but the bad thing is most relievers are failed starters so you better be able to develop or sign starting pitchers to replace those who fail and become relieves.

It also seems like bullpen arms come out of nowhere and disappear just as quickly.

mnvballdad said:
It also seems like bullpen arms come out of nowhere and disappear just as quickly.
Click to expand...

That's why it's super risky to sign them for big contracts. A year ago I would have said giving a guy like Josh Hader wouldn't be too risky, yet here we are with him.

As we talk about relievers here is a great example of how much a flash in the pan they can be. Twins could look to add him for a reclamation project.

Would be a great pickup for the twins.

From the Parkinglot said:

Would be a great pickup for the twins.
Click to expand...

Meh. He's hit higher than .228 once since 2018 and he doesn't steal bases anymore (and Rocco doesn't like to anyway). They do need a good back-up CF, but I'm not sure he qualifies. I'd view him and Celestino as a push.

howeda7 said:
Meh. He's hit higher than .228 once since 2018 and he doesn't steal bases anymore (and Rocco doesn't like to anyway). They do need a good back-up CF, but I'm not sure he qualifies. I'd view him and Celestino as a push.
Click to expand...

that's what makes the Twins' situation so iffy.

you have to go into the season assuming that Buxton will only be available for 100 games if you're lucky - so you need another CF for the other 62 games or more.

and at SS, Royce Lewis isn't going to be ready until mid-season at the earliest, so the Twins need a starting SS for at least half the season.

but how much money do you want to tie up in part-time players?

putting the roster together is going to be a challenge.