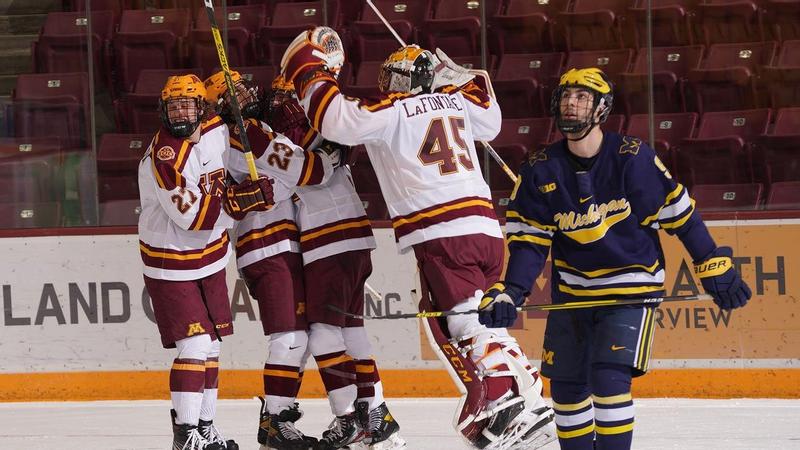 MINNEAPOLIS – As the Gopher men's hockey program begins its second century of competition next season, the University of Minnesota has announced its slate of home opponents ahead of the upcoming 2021-22 campaign.

Minnesota will also host the U.S. Under-18 Team in exhibition action during the 2021-22 campaign. Additional schedule information including dates, game times and broadcast information will be announced at a later date. The 2021-22 Gopher men's hockey schedule is subject to change.

"There is so much to be excited for as we start looking at the 2021-22 Gopher Hockey season, and that starts with each and every one of you as we continue to be optimistic about welcoming Gopher fans back to 3M Arena at Mariucci next year. We can't wait to celebrate the first century of Gopher Hockey and get started on the next 100 years with our fans, our alumni and all of our supporters," Minnesota Head Coach Bob Motzko said. "We're also really excited about the team we will put on the ice. We've got a great core group coming back after a terrific season last year, and if you liked watching our team play in 2020-21 you can plan on more of the same in 2021-22."

Season ticket renewals are currently underway and run through Thursday, May 20 while new season ticket packages are also now on sale.

The 100th season of Gopher Hockey proved to be an exciting one for fans of the Maroon & Gold. After starting the season on a 10-game winning streak for the first time since 1939-40, Minnesota went on to win the 2021 Big Ten Men's Ice Hockey Tournament and lead the nation with 24 wins. The Gophers earned their NCAA-best 38th NCAA tournament berth and returned to the national tournament for the first time since 2017 while picking up their first NCAA tournament win since 2014. Individually, Jack LaFontaine was recognized with the Mike Richter Award as the best goaltender in Division I men's hockey and was one of three Gophers to earn All-America honors along with Sampo Ranta and Jackson LaCombe.
Click to expand...