Gophers fans aren’t likely to forget the team’s breakout performance in 2019. As the football program’s best record in the last 50 years, the Golden Gophers’ nine-game win streak to start the season propelled them to the eighth position in College Football Playoff rankings.

There was the crucial win over Penn State, ranked fourth at the time, then came the Outback Bowl, which saw the Gophers vanquish Auburn with a 31-24 win. The team closed out the season with an 11-2 record, their best since 1904, which helped head coach PJ Fleck earn the Big Ten Coach of the Year award. 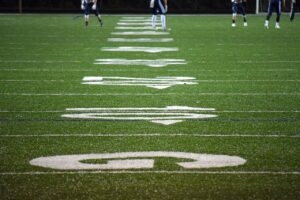 As the 45th overall pick, Antoine Winfield Jr. is a poster boy for the steady rise of Golden Gopher football. Along with Tyler Johnson, Kamal Martin, Carter Coughlin, and Chris Williamson, Winfield Jr. is debuting in his rookie season with the NFL. The uptick in Golden Gophers being drafted by the NFL signals that the team can groom top talent.

Winfield Jr. was named NFL Rookie of the Month in October, which means his performance as safety has the power to alter expert analysis on NFL betting odds for the Tampa Bay Buccaneers.

Tyler Johnson, who also plays for the Buccaneers, isn’t far behind Winfield in making a name for himself in the NFL. He recently recorded his first receiving touchdown against the Green Bay Packers.

But as this season pushes on, remaining talents like redshirt quarterback Tanner Morgan and wide receiver Rashod Bateman will be necessary to help the Gophers defy not only a touch-and-go season but the odds in the Big Ten West, as well.

The Gophers now seems on track for a strong season following their 41-14 win over the Fighting Illini, in which talents like Bateman, Treyson Potts, and Mohamed Ibrahim brought home touchdowns with dazzling offensive rushes and runs.

Despite their strong win over Illinois, the Gophers started their season with a 24-49 loss to Michigan in late October, which was followed the next week by a 44-45 loss to Maryland. Still, with multiple pundits naming Minnesota as one of the Big Ten’s most underrated powers this season, there’s time for the Gophers to regain some of their winning momentum.

Experts not only named the Golden Gophers as underrated talents in their conference but also Big Ten West rivals, Purdue. Though the Boilermakers struggled in 2019 due to a long string of injuries, they’re sitting in second in the division below Northwestern due to a one-game difference. 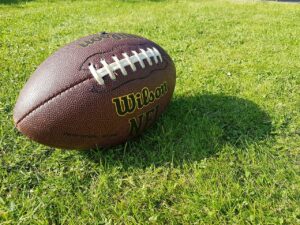 Coming into the 2020 season, pundits heavily favored the Golden Gophers to lead the Big Ten West. It should be noted that they also predicted Northwestern would rank at the bottom of the pack come to the end of the season, and Northwestern is currently ranked first.

The Gophers have the strongest offensive foundation in the division between Bateman, Potts, and Ibrahim. Though the dream of defeating Ohio State for the Big 10 champion title is a faraway dream, the squad should be able to batter through the remaining competition to upset the current Big Ten West rankings.

The Gophers face divisional targets as the season continues, ending with Nebraska on December 12th. In order to bank on preseason predictions that ranked the Gophers first, they’ll need to clear through divisional competition.

In particular, they need to dethrone both Northwestern and Purdue with strong wins. However, the path toward victory in the Big Ten West won’t be as simple as showing up and playing hard. The Gophers will need to rely on mental fortitude as they face further possible cancellations to the 2020 season.

Despite the fact that various sports leagues have gone to the lengths to ensure altered seasons will continue without further delays, NCAA football teams should now prepare for unexpected delays.