Wyoming lawmaker suggests there were two sides to history of slavery

CHEYENNE – A freshman Wyoming legislator suggested Wednesday that there are two sides to the history of American slavery, and that Black Americans are “stuck” in a mentality he called “worse than slavery itself.”
“Slavery was something that shouldn’t have happened in America, but it did. But we’ve created slavery into a place that has created a position of being stuck, in my opinion, for a people group,” Rep. Jeremy Haroldson, R-Wheatland, told lawmakers Wednesday. “And that’s a sad place to be. And that was probably, in my opinion, worse than the slavery itself, because we have created a place where people cannot get free from because of their past.
“So slavery needs to be discussed,” he added. “It needs to be brought forward and the different views, that slavery was not maybe what it has been painted in this nation completely.”
----
“I don’t believe that [students are] getting a fully well-rounded view of the founding of this nation,” Haroldson, a pastor, told his fellow lawmakers.
He listed a lack of knowledge of the U.S. Constitution among his concerns as well as what he views as an overemphasis of the subject of structural racism.
Haroldson was stumped, however, when pressed on his own knowledge of the Constitution.

“Do you know what the 19th amendment to the U.S. Constitution is?” Rep. Cathy Connolly (D-Laramie) asked Haroldson as he presented the bill.

“I would have to look at it right now ma’am,” he responded.
“It’s the right to vote for women,” she said. “And it’s not included in your bill. So I’m curious about that.” 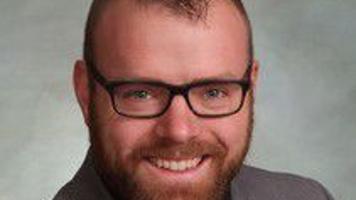 Wyoming lawmaker suggests there were two sides to history of slavery

“So slavery needs to be discussed,” Rep. Jeremy Haroldson said. “It needs to be brought forward and the different views, that slavery was not maybe what it has been painted

I'll donate to that PAC!!