How will Ben Johnson replace Carr's scoring and facilitating in the backcourt, and the 7-footer Robbins' inside presence? The Gophers could go with a production-by-committee approach this season, he said.

"I think with this team it's going to be somebody different stepping up every night," Johnson said after Tuesday's first practice. "And when you play like that everybody has to have buy-in, everybody has to be a part of it. The team mindset, the team culture, the team aspect, that wins out in the long run."

There didn't appear to be much of a team aspect when it came to the Gophers last season, especially when relying so heavily on Carr. Even with Carr's career-high 41 points on Feb. 27, Minnesota still fell 78-74 to last-place Nebraska on the road last season. 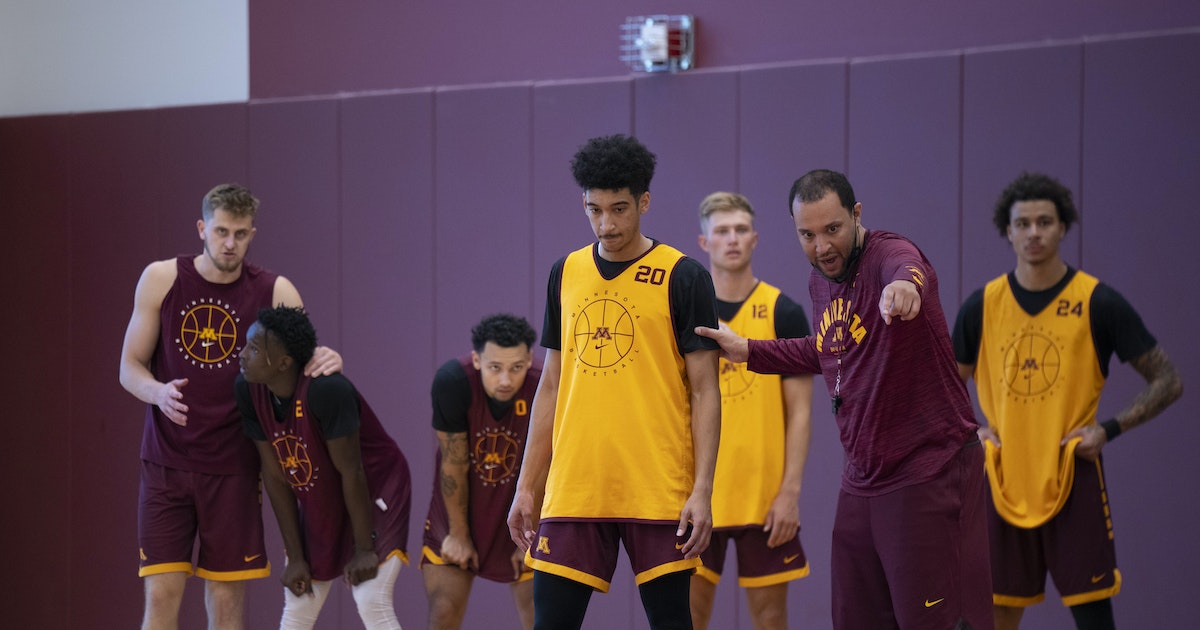 How do you replace the production from 2 players? 11 players! The other guys weren't that important anyway : )