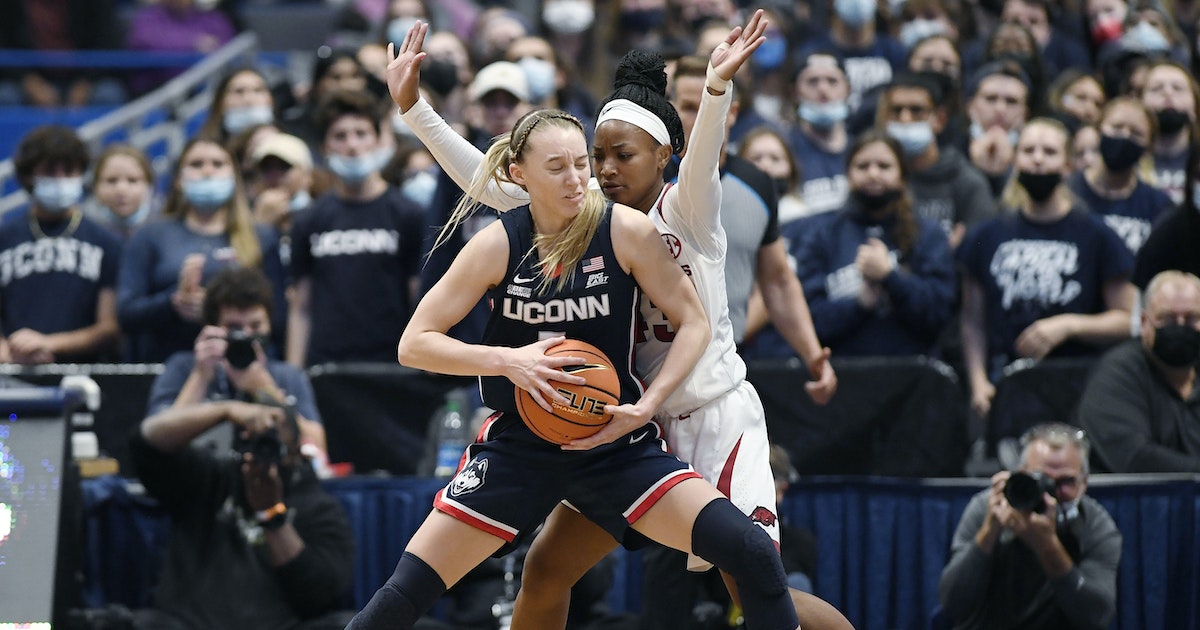 Gophers coach Lindsay said she's proud of Paige Bueckers as a fellow Minnesotan. And UConn coach Geno Auriemma likes how his sophomore sensation is handling everything thrown her way.

Auriemma is rarely at a loss for words. And yet: He was asked what point guard Paige Bueckers needed to improve upon after winning every freshman of the year award available as a freshman. The former Hopkins High School star can shoot and see the floor, drive and deliver the ball, captivate and cash in on her considerable fame.

So: What can Bueckers, entering her sophomore season, do better?

"It's subtle,'' Auriemma said. "Well, we talk with her about making sure she handles whatever defenses throw at her.''

"Maybe she could go left more to score.''

And then, the truth of anyone who goes to play for Connecticut: Win.

"There is pressure with playing here,'' Auriemma said. "It's not for everybody. But without the pressure, you don't get the rewards of playing here.''

"Being a Minnesota kid, I'm proud of her,'' Whalen said. "She's done a lot for the game. She's shown she can make an impact on society. Just a great kid. And I know she'll have a lot of success. She's somebody who will probably be on the next Olympic team. She'll be in the WNBA.''
Click to expand...