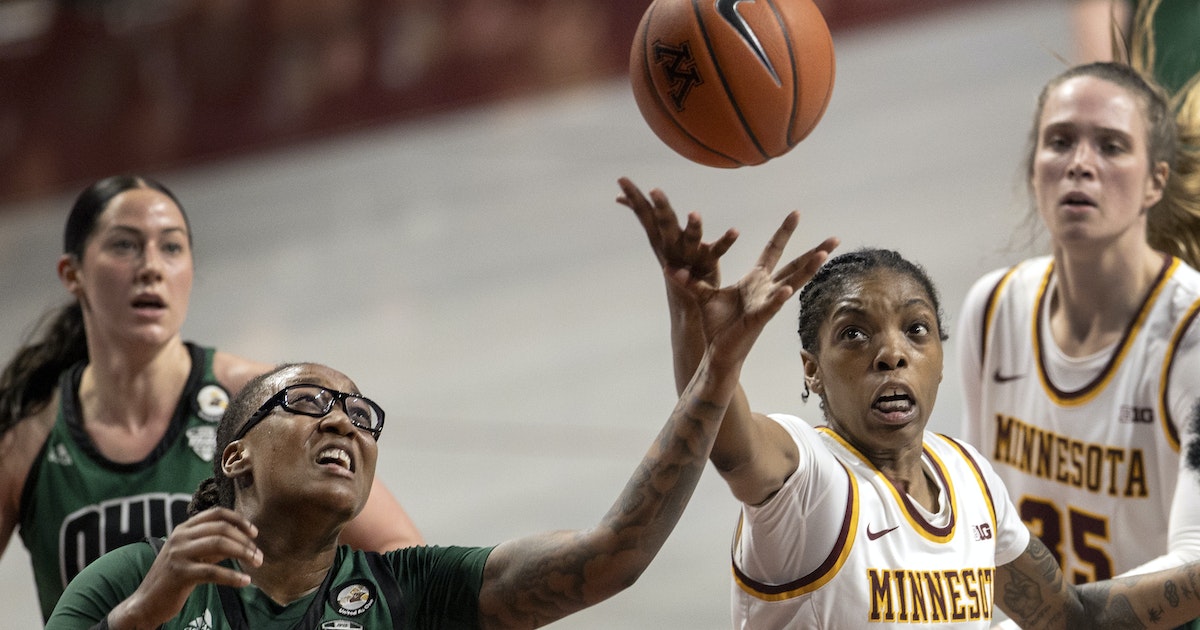 Deja Winters, a graduate transfer from North Carolina A&T, will look to continue her roll at Wisconsin on Wednesday.

She had been recruited by Gophers associate head coach Carly Thibault-DuDonis when Thibault-DuDonis was at Eastern Michigan. They had kept in touch. So when Winters was looking to test her game at a higher level, the Gophers beckoned.

So far, so good. Feeling at home from nearly the minute she arrived, Winters' confidence has grown. She had a season-high 20 points against Maryland. She is first on the Gophers and fifth in the Big Ten in three-point shooting percentage (.422, 38-for-90). She is second on the Gophers behind Sara Scalia (47) in made threes.

"That girl is a sniper,'' Hubbard said. "She can shoot the three. I knew she was a shooter at her other schools. But here she's done that and more.''

Winters said her confidence level is way above where it was when the season started. And she credits her teammates and coaches for making her feel comfortable from the start.
Click to expand...