Police have lead on "umbrella man"

GopherJake said:
Campos was fully cooperative with the police. He owes the public absolutely zero. Classic fabricated outrage. You do not have a right to interrogate or even interview anybody you want to that was involved in a public story. There’s this thing called privacy. He can remain completely publicly silent. And it is absolutely zero indication of nefarious intent or hiding something or whatever busybodies think it means.

Is it reasonable to *want* him to tell the story? Of course. Is he obligated? Of course not.
Click to expand...

Do you know how to read? Honest question.

Also, why has not one Mandalay Bay employee had a public interview? I get the big liability factor, but the entire thing is weird. BTW, I love Vegas and have been there about 20 times.

bga1 said:
Our FBI is amazing until they deal with something on the left. Antifa? Not sure they exist. Umbrella man? Can't find. Bomb guy from J6? No idea. Hunter Biden? Who is he? Epstein raid? Lost the evidence. 1400 hours of film? Can't release. Seth Rich? No record of the investigation. Information about any of the above? Redacted.
Click to expand...

Bro, they did send a team of agents to Bubba Wallace's nascar garage to investigate a hate crime. With the use of expert training that you nor I can comprehend, they were able to somehow determine that the rope attached to the garage door was a garage door pull and not a tiny noose. And they also had an agent involved in the plot to sho.ot up the "draw muhammad" contest. The agent was even undercover and present the day of the event, but decided that it was not in his best interest to intervene. Oh, and don't forget the agents involved in the plot to kidnap Governor Whitmer. They really are quite the illustrious bunch. 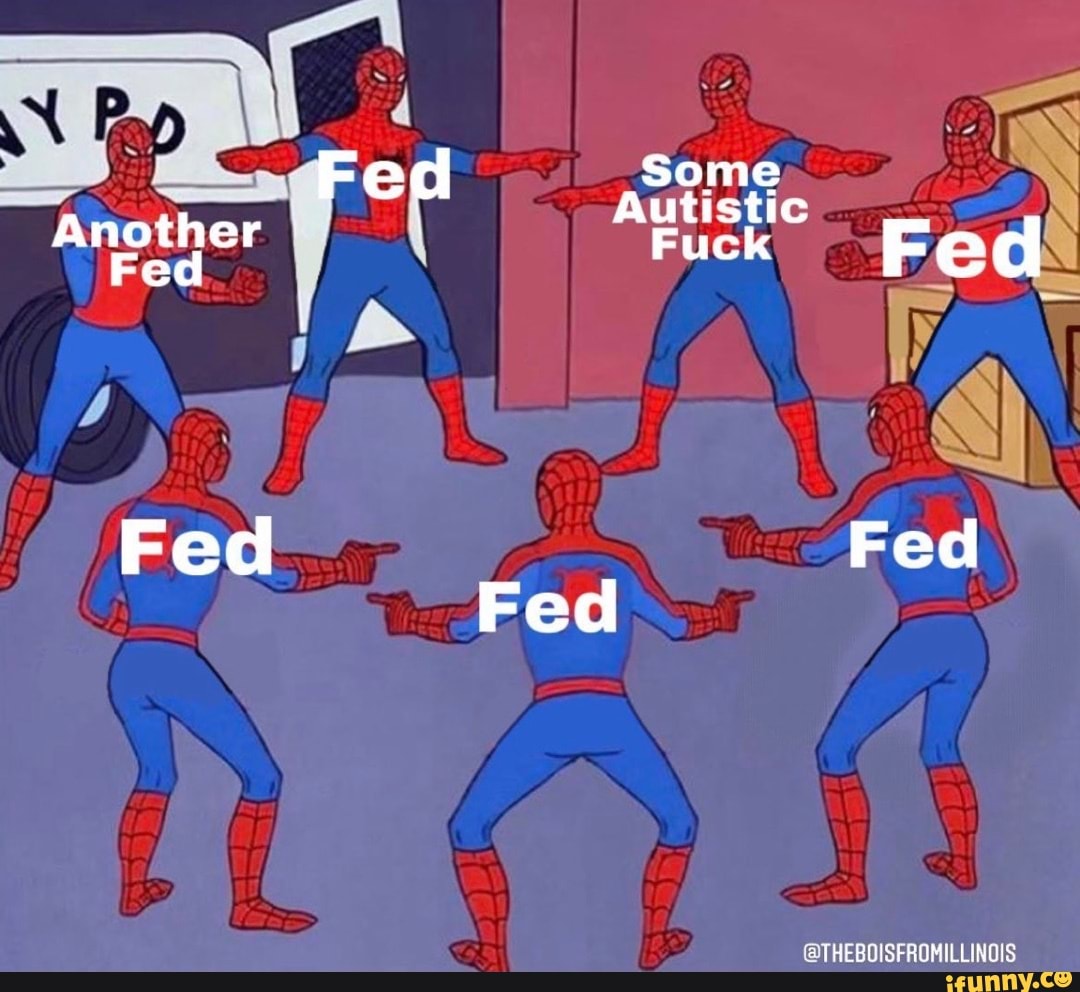 LakevilleBro said:
Also, why has not one Mandalay Bay employee had a public interview?
Click to expand...

Why should they do a public interview? They are under no obligation to satisfy your curiosity. You have absolutely zero rights here. What are you implying?

Motive matters, unless you're a dishonest hack, their didn't appear to be any motive behind Vegas, it's equivalent to a tornado.

LakevilleBro said:
Also, why has not one Mandalay Bay employee had a public interview? I get the big liability factor, but the entire thing is weird. BTW, I love Vegas and have been there about 20 times.
Click to expand...

PeoplesFront said:
Bro, they did send a team of agents to Bubba Wallace's nascar garage to investigate a hate crime. With the use of expert training that you nor I can comprehend, they were able to somehow determine that the rope attached to the garage door was a garage door pull and not a tiny noose.
Click to expand...

I am also fairly certain they dug as deep as they could and spent more than you can imagine investigating Vegas, but came up empty. When you have nothing to report you're not going to hear much. It doesn't mean there is something nefarious going on.

Here is something to actually be pissed about. Apparently, killing a guy is protesting.

The prosecutor argued that 26-year-old Montez Lee Jr. was a protester, not a rioter.
By Paul Walsh Star Tribune 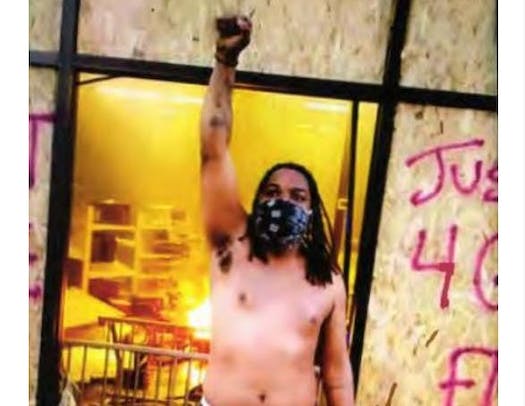 FEDERAL COURT FILES
Montez Lee Jr., outside a pawnshop he torched in the aftermath of George Floyd’s death.

A federal prosecutor told the judge he saw the defendant as a protester, not a rioter, and argued for leniency for a Rochester man who was accused of setting a deadly fire in a Lake Street pawnshop soon after George Floyd's death.
The 10 years of prison time given to Montez T. Lee Jr., 26, in U.S. District Court in St. Paul last week fell well below federal guidelines and follows his guilty plea to arson in connection with the fire that engulfed the Max It Pawn store in the 2700 block of E. Lake Street on May 28, 2020, three days after Floyd was killed while in police custody in south Minneapolis.
The remains of Oscar Lee Stewart Jr., 30, of Burnsville were recovered from the rubble nearly two months later. An autopsy found that Stewart died of smoke inhalation and excessive burns. He was one of two people who died during the civil unrest in the Twin Cities that followed Floyd's murder.
Assistant U.S. Attorney Thomas Calhoun-Lopez's presentence filing said that Lee was in Minneapolis not to loot or destroy property but was "in the streets to protest unlawful police violence against [Black] men, and there is no basis to disbelieve his statement."
"[There were] many people who felt angry, frustrated and disenfranchised, and who were attempting — in many cases in an unacceptably reckless and dangerous manner — to give voice to those feelings. Mr. Lee appears to be squarely in this … category."
Calhoun-Lopez invoked the words of Martin Luther King Jr., champion of nonviolence during the civil rights movement of the 1950s and 1960s, and noted that King told CBS-TV in 1966, "We've got to see that a riot is the language of the unheard." 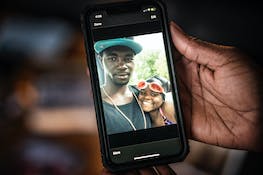 JERRY HOLT, STAR TRIBUNE
Delois McGee held a cellphone photo of her brother Oscar Stewart and one of his daughters.

Defense attorney Bruce Rivers said on Monday, a federal holiday in honor of King, that he appreciated that the prosecution "showed insight as to what the case was really about" by agreeing with him that Lee was motivated solely by how he viewed the treatment of Black people by police in recent years.
"I thought the prosecutor's words were incredible and thoughtful," Rivers said. "It is too often that we are on one side, and they are on the other side. ... I found myself quoting the government in my [sentencing] position paper more than once."


Surveillance video footage showed Lee pouring an accelerant around the shop and lighting it. A second video captured him in front of the burning business and declaring as a friend video-recorded his actions, "We're gonna burn this [expletive] down."
Lee was not specifically prosecuted for Stewart's death, and he claimed to not know anyone was in the building before grabbing a can that the defense said he found at the scene and pouring out the accelerant.
"He never meant to hurt anyone," Rivers said Monday. "He went through the building and yelled out to make sure no one was in the building."
Prior to sentencing by Judge Wilhelmina M. Wright, Calhoun-Lopez wrote in his filing that "Mr. Lee committed a crime that cost a man his life. His assertion that he did not intend to hurt anyone is of little comfort to the family and friends Mr. Stewart left behind. Their loved one has been cruelly taken away from them."
That said, Calhoun-Lopez argued for a 12-year term for Lee, a sizable downward departure from the 19 1⁄2 to 20 years in line with federal sentencing guidelines. The defense pushed for no more than 7 1⁄3 years in prison. Wright landed roughly in the middle of the debate and imposed a 10-year sentence.
"I thought that her sentiments were compassionate to the man who died in the fire, while recognizing the struggles and change Mr. Lee has experienced," Rivers said. "It was one of the more remarkable sentences I have seen."
In his own presentence filing, Rivers wrote, "Mr. Lee was there protesting police and supporting [the] Black Lives Matter movement. He certainly would not have wanted to harm a brother in arms."
Rivers continued, "Mr. Oscar Stewart was a fellow [Black] male, the same kind of person that Mr. Lee was protesting on behalf of."
Lee's criminal history in Minnesota includes convictions for burglary, assault, violation of a no-contact order and theft. On the day of the arson, he left jail after being arrested for a probation violation.
However, Rivers wrote, there were times in Lee's past that he "developed mistrust towards … police officers from an early age by being falsely identified, resulting in officers drawing guns on him and his father."
Stewart's family could not be reached for comment Monday.

Nearly four months after her son's remains were found, Janie McGee told the Star Tribune, "I still expect him to walk through the door sometimes. … When you did something for so long, it's just automatic."
Stewart's death was one of two confirmed as connected to the riots in the wake of Floyd's murder by Derek Chauvin, the fired Minneapolis police officer who was convicted this spring and sentenced to more than 22 years in prison.
In the other death, John Rieple, owner of Cadillac Pawn and Jewelry at 1538 E. Lake St., was arrested after shooting a man outside his business, but he was later released and charges have never been filed.
Relatives of the victim, Calvin "Chuck" Horton Jr., 43, have cast doubt on the account that Horton was killed while looting the store.

saintpaulguy said:
Here is something to actually be pissed about. Apparently, killing a guy is protesting
The prosecutor argued that 26-year-old Montez Lee Jr. was a protester, not a rioter.
Click to expand...

I would argue the prosecutor should be fired. When you defend rioting and arson which resulted in the death of an individual as the language of the unheard you are actually an activist not a prosecutor.
Last edited: Yesterday at 11:21 AM