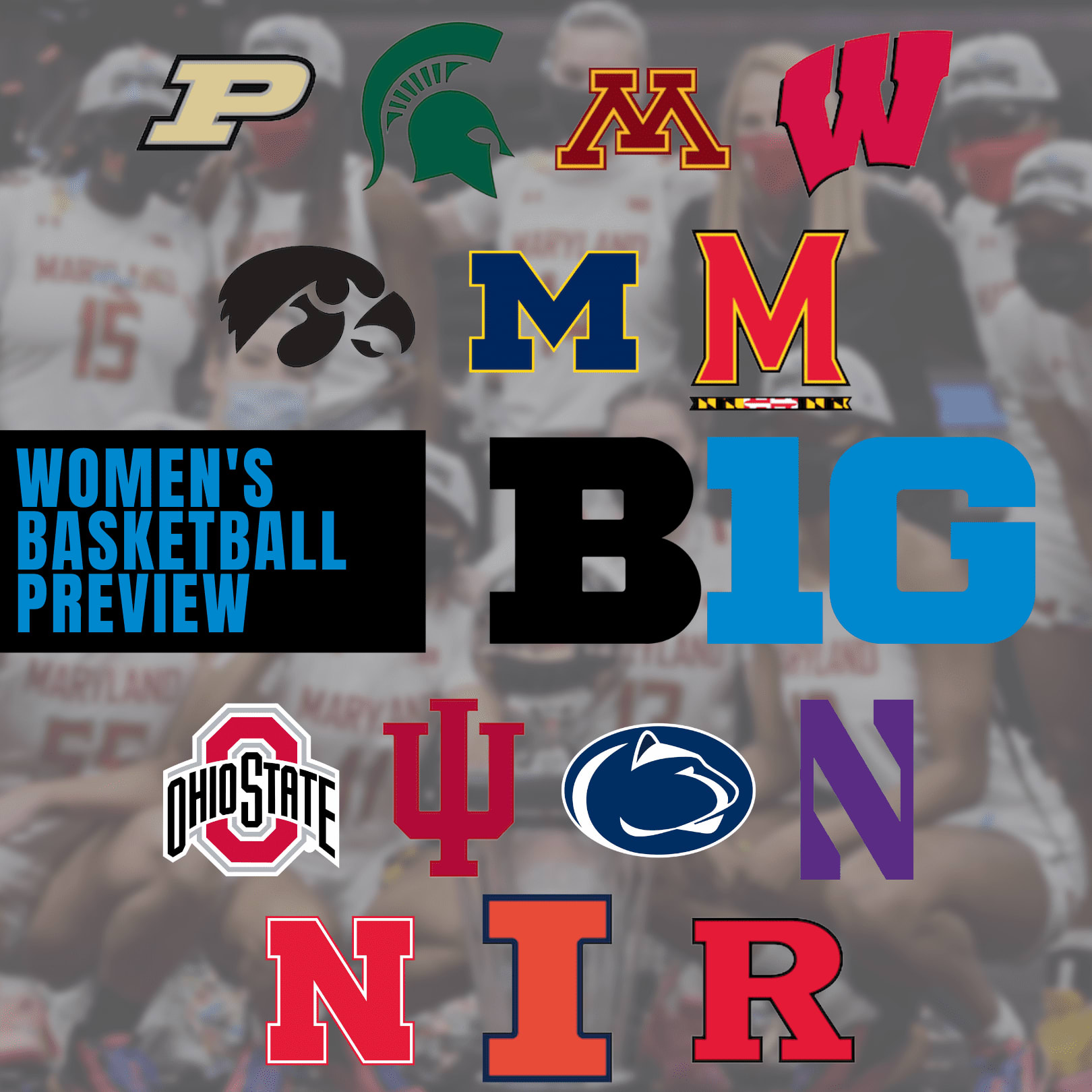 Will Maryland repeat as Big Ten women's basketball champions? Not if Grace Berger, Naz Hillmon, and Caitlin Clark have anything to say about it. 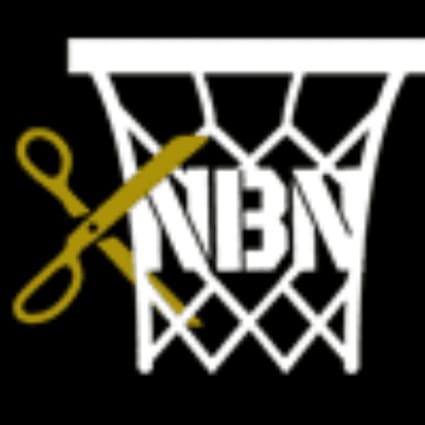 This seems about right. Finishing in Purgatory or the Basement with this club would be disappointing. Really bad conference teams abound.

Minnesota quite literally is missing only one player from last season’s roster, and that player appeared in three games in 2020-21. So, you can expect the Gophers to look pretty similar to a year ago.

A lot of Big Ten women’s basketball teams return a good chunk of talent from last season, but Minnesota takes it to another level. Jasmine Powell, Sara Scalia, Kadi Sissoko, Gadiva Hubbard, Klarke Sconiers, Alexia Smith, Kayla Mershon, Laura Bagwell Katalinich, they’re all back and presumably better with another offseason and more experience in them. Smith and Sissoko were both five-star recruits, and Lindsay Whalen has to think she can get more out of both of them, especially Smith
Click to expand...

I agree that they seem to have it about right. Although I'm still thinking that OSU and PSU have a chance to move up to the contender category. I might be too optimistic, but I'm hoping that the Gophers can finish in the top half of the conference and secure an NCAA tourney bid. Whalen certainly has the numbers this year with almost everyone returning, but we'll have to see if and how much some of the returning players improve, especially people like Kadi, Clarke, and all of the guards.

I dont understand the Ohio State part of that but I agree with the rest. OSU is gonna have some dang good guards and will be able to score with anyone. Outside of the bottom 3 teams this conference will be tough. 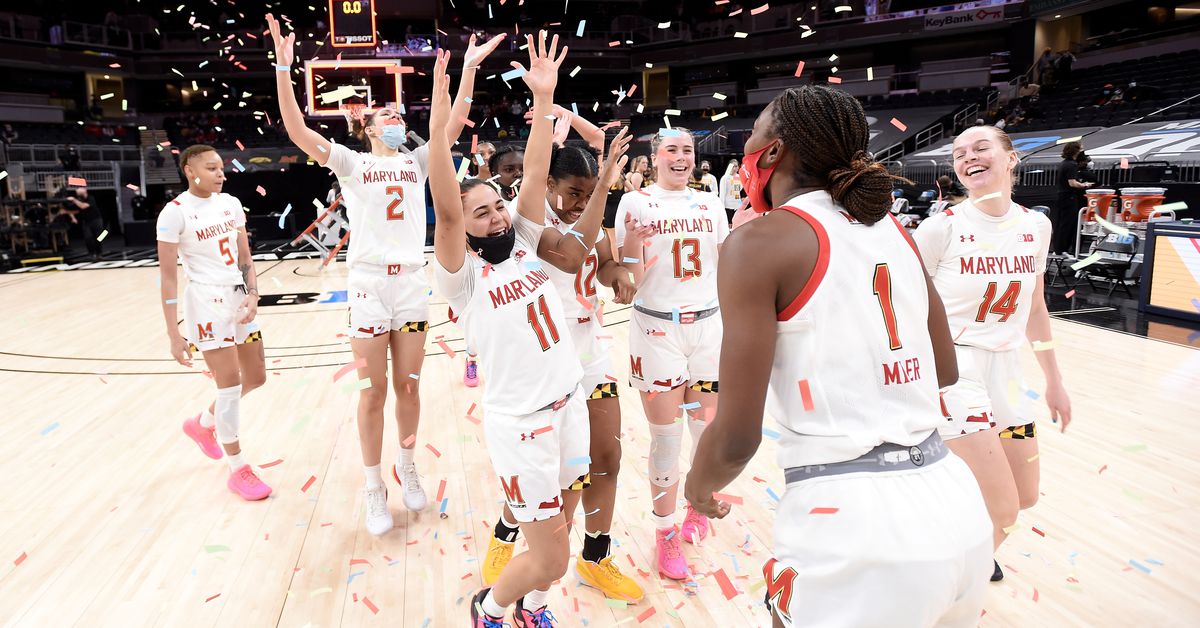 The Maryland Terrapins are once again preseason favorites to win the Big Ten, though a rise in star-level talent elsewhere in the conference adds depth and competitive balance to the field.

Led by guard Ashley Owusu and wing Diamond Miller — both of whom were All-Big Ten Team nominees in the conference’s preseason poll — the Terrapins are fast, athletic and highly skilled. They led all of Division I last season in offensive rating (122.1 points scored per 100 possessions) and had a whopping six players average double-figure points per game. If star sophomore Angel Reese (ranked as the No. 2 high school recruit in the nation last year by ESPN’s Hoop Gurlz) can take the next step in her development, Maryland will simply have too many weapons to contend with.

How much higher can the Hoosiers climb? Indiana has just gotten better and better under head coach Teri Moren, with 2021 marking the first time in program history the Hoosiers reached the NCAA Tournament Elite Eight. Indiana will feature a pair of All-Big Ten preseason nominees in senior guard Grace Berger and junior forward Mackenzie Holmes, while Ali Patberg uses an extra year of eligibility as a graduate student to round out the top of the Hoosier’s veteran roster.

While the Big Ten has a reputation of being an offense-first conference, Rutgers has historically preferred to emphasize defense and a slower-paced style of play under legendary head coach C. Vivian Stringer. Unfortunately for the Scarlet Knights, they lost several key pieces in Arella Guirantes (WNBA Draft), Diamond Johnson (transferred to NC State) and Tekia Mack (transferred to DePaul). While they also acquired several transfers, including players with extensive mid-major success Oshlynn Brown (Ball State) and Victoria Morris (Old Dominion), it’s unlikely that Rutgers will finish this high in Big Ten play in 2021-22.

There aren’t many players in the country who can impact a game like Michigan’s Naz Hillmon. The Wolverine forward averaged 23.9 points and 11.4 rebounds per game as a junior while shooting 62.3 percent from the field. Wing Leigha Brown (18.2 points and 4.5 rebounds per game in 2020-21) joins forces with Hillmon to create arguably the deadliest one-two punch in the Big Ten.

If you like aggressive defense, the Wildcats are your team. Northwestern prefers to grind its opponents down by forcing turnovers, and there’s no one in the conference better at it than guard Veronica Burton, who averaged a whopping 3.8 steals per game in 2020-21 en route to Big Ten Defensive Player of the Year honors for the second-straight season. The Wildcats took care of the ball on the other end, too (13.7 percent turnover rate; ninth in Division I). They’ll need to wield a similar advantage this season if they’re to compete with the more dynamic teams in the conference.

There’s one thing that can be expected in Hawkeyes games: lots of points. With Caitlin Clark, Monika Czinano (19.3 points per game, 66.8 percent shooting) and a roster chock full of 3-point shooters, Iowa ranked second in Division I in offensive rating last season, scoring a blistering 114.6 points per 100 possessions. On the flip side, the Hawkeyes were porous defensively, allowing 106.3 points per 100 possessions (fifth-worst in Division I). While Iowa has perhaps the best offensive player in the country in Clark and will likely be able to just out-shoot opponents on most nights, it will need to prove it can get a stop or two when it matters if it’s going to contend for the Big Ten crown.

After a rocky season lowlighted by a lengthy pause due to COVID-19 and a self-imposed postseason ban, the Buckeyes are back and hope to regain the success they enjoyed in the mid-2010s. Ohio State hasn’t been able to land the high-level transfers it did back then, though, so most of its prospective success this season will depend upon the in-house improvement of highly-ranked recruits Rikki Harris and Kateri Poole. If nothing else, the Buckeyes will be a team that emphasizes pace of play (15th in possessions per 40 minutes in 2020-21) and launches plenty of 3-pointers.

It’s Nia Clouden’s time to shine. The senior guard was named to the preseason All-Big Ten team after leading the Spartans in both scoring (18.7 points) and assists (3.9) last season. If all goes according to plan, Michigan State’s depth will be bolstered by graduate transfer Tamara Farquhar and incoming freshman point guard Damiya Hagemann, who was named Michigan Miss Basketball for 2021 and was ranked as the No. 23 recruit in the country by ESPN’s Hoop Gurlz.

Nebraska lost a major contributor in center Kate Cain, who declared for the 2021 WNBA Draft and took with her a big chunk of the Cornhuskers’ shot-blocking prowess. More will be asked, then, of forward Isabelle Bourne, who took a big step forward in her sophomore campaign, averaging 13.6 points and 7.5 rebounds per game. Senior guard Sam Haiby will also have more on her plate; she already led the team in both scoring (16.8 points) and assists (4.4) last season, so we’ll see if she can push the envelope even further this season to keep Nebraska respectable.

Things have been trending downward for Lindsay Whalen’s Gophers since 2018. They won just seven games in Big Ten play last season with one of the worst defenses (108.5 points allowed per 100 possessions) in the country. High-scoring tandem Sara Scalia and Jasmine Powell, both of whom averaged 14.5 points per game in 2020-21, will be tasked with helping to right the ship. The improvement of top-100 recruit Alexia Smith will also be paramount to Minnesota’s success after she averaged just 4.8 points per game as a freshman.

Carolyn Kieger inherited a rebuilding Penn State program when she became head coach in 2019 and, while the Nittany Lions improved slightly in Kieger’s second season at the helm, it’s still a long way to the top for the once-proud program. Having graduate transfers Niya Beverley (3.3 assists per game in 2020-21) and Kelly Jekot (15.9 points and 6.8 rebounds) back for another season should keep things steady, while the development of Makenna Marisa (13.4 points, five rebounds and five assists per game in 2020-21) and Maddie Burke (four 20-point games as a freshman) leaves some theoretical room for further improvement.

Purdue took a major nosedive last season, winning just four games in Big Ten play and getting outscored by 10.5 points per 100 possessions. With longtime head coach Sharyn Versyp handing the reins of the program to Katie Gearlds and 2020-21 leading scorer Kayana Traylor transferring to Virginia Tech, Purdue is officially rebuilding. Madison Layden showed a dependable 3-point stroke in her freshman season, knocking down 40.5 percent of her attempts, and 2021 Indiana Miss Basketball Jayla Smith will be staying in the area for her collegiate career, so there are still a handful of things to look forward to in what will probably otherwise be a rough season for the Boilermakers.

The Illini haven’t finished above .500 since 2012-13 and bottomed out at 5-18 last season, so a pessimistic view of the program as a whole could be easily forgiven. Illinois flat-out struggled scoring the basketball in 2020-21, averaging just 80.4 points per 100 possessions. Perhaps incoming freshman Adalia McKenzie, who was ranked as the No. 53 recruit in her class by ESPN Hoop Gurlz and was named Minnesota Miss Basketball as a high school senior, can make an immediate offensive impact on a team looking to improve in just about every area.

Maria Moseley enters her first season at the helm of a Wisconsin program that went just 5-19 in 2020-21. She’ll have to replace forward Imani Lewis, who averaged 15 points and 8.8 rebounds per game as a junior but has transferred to Duke, as well as put the Badgers back on the map as a place where top recruits want to play. Moseley does have plenty of championship experience, having served as an assistant coach for UConn from 2009 to 2018, so maybe that will factor into Wisconsin’s rebuild. At the moment, things are looking pretty barren
Click to expand...

What were the folks at Swish Appeal smoking when they made their predictions? Rutgers and Northwestern extremely overvalued. OSU and Iowa really undervalued. Gophers 10th.

tripledouble said:
What were the folks at Swish Appeal smoking when they made their predictions? Rutgers and Northwestern extremely overvalued. OSU and Iowa really undervalued. Gophers 10th.
Click to expand...

I dont think those are their predictions but instead where they finished last year. Weird way to do it and not really much of a conference preview.

My bad. Couldn't figure out how anyone could possibly predict that order. Thanks for the clarification. And you're right about the fact that it's not much of a preview.