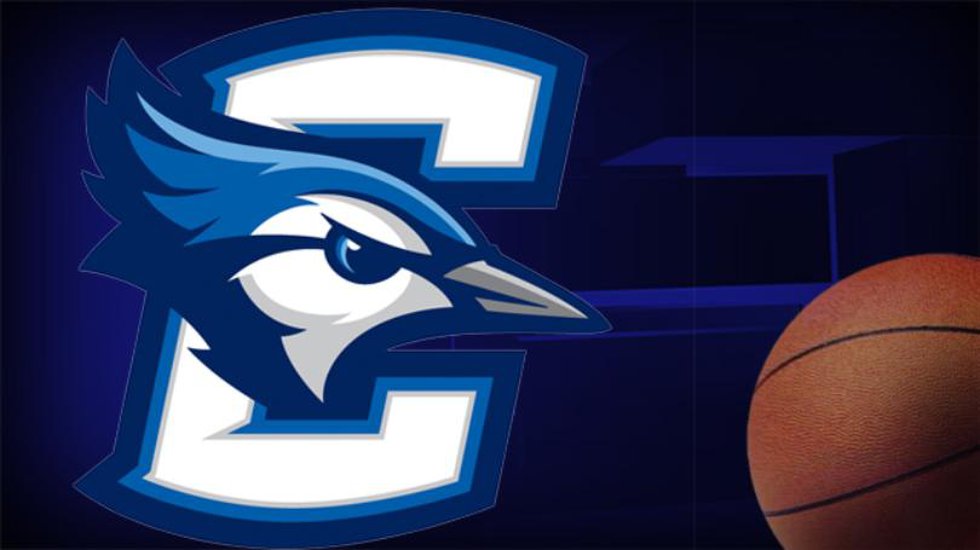 Creighton women’s basketball head coach Jim Flanery announced the opponents the Bluejays will face in the team’s first eight games of the 2020/21 schedule on Friday.

It ain't much; but the non-con schedules have to start somewhere:

Nebraska will play at Creighton Dec. 14 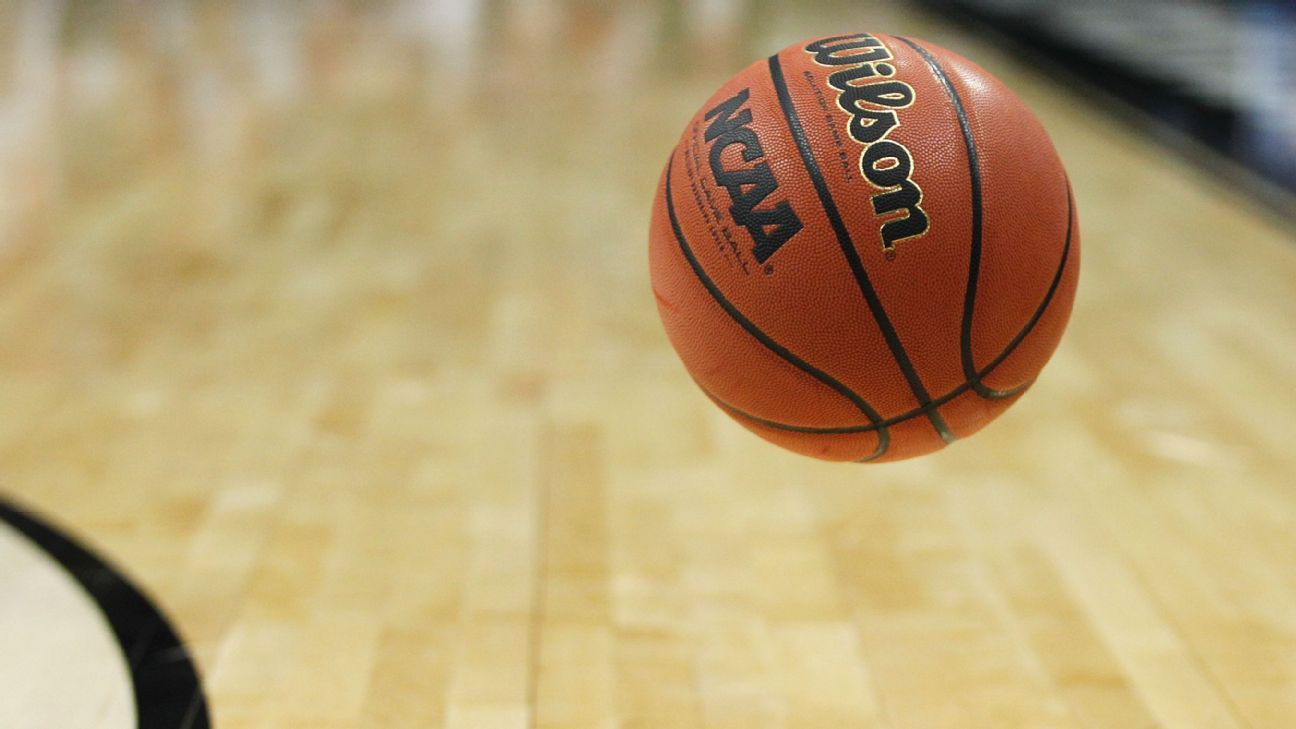 The ACC/Big Ten Women's Basketball Challenge won't be held this season because of a decision from the Big Ten, according to ACC commissioner John Swofford.

The ACC/Big Ten Challenge is continuing this season in men's basketball, but not in women's basketball. That was the Big Ten's decision, ACC commissioner John Swofford said.

The Big Ten has not responded to ESPN's request for a comment.

"The ACC was committed to playing this year's ACC/Big Ten Women's Basketball Challenge," Swofford said in a statement. "And we are disappointed for the student-athletes, coaches and fans that will not have the opportunity to enjoy this premier event in 2020."
Click to expand... 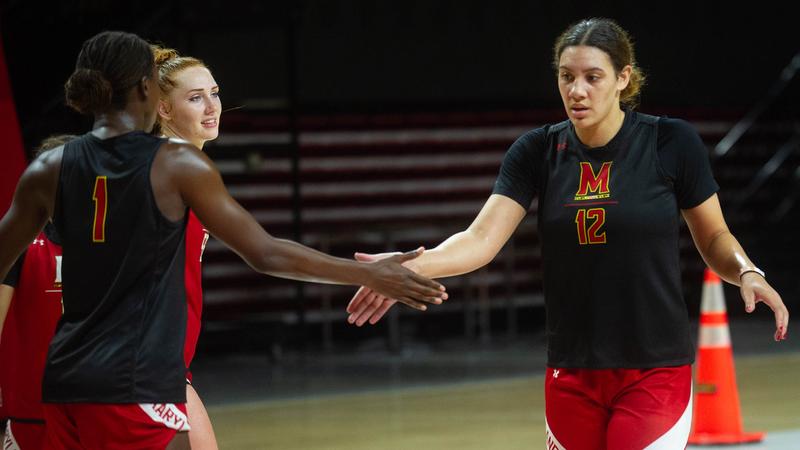 Maryland to open season in the BeachBubble versus Davidson, Missouri State and Arkansas.

The Gulf Coast Showcase has earned a reputation as one of the most competitive events in women's college basketball. Past champions including UConn, Stanford, Baylor, Notre Dame, South Carolina and Texas.

The Terrapins return Big Ten Freshman of the Year Ashley Owusu, and rising sophomores Faith Masonius and Diamond Miller. Redshirt sophomore Mimi Collins will be eligible after transferring to College Park last year and redshirt junior Channise Lewis will return to the court after a knee injury.

Frese also welcomes four new Terrapins in Katie Benzan, a guard graduate transfer from Harvard, Chloe Bibby, a guard/forward transfer from Mississippi State, Taisiya Kozlova, a 6-1 freshman guard, and Angel Reese, the No. 2 player in the country in the class of 2020.

While FGCU was one of just four women's teams with 30 wins last season, Missouri State (26-4) was crowned champs of the Missouri Valley. Arkansas (24-8) is expected to once again be among the top scoring teams after finishing third in the country last year at 83.4 points per game, while Davidson returns 92 percent of its scoring and is expected to contend for an Atlantic 10 title
Click to expand... 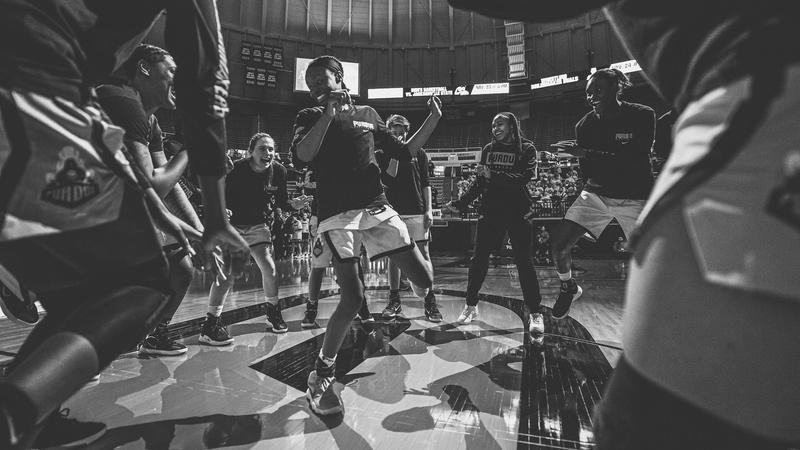 WEST LAFAYETTE, Ind. – Featuring five home games, the Purdue women's basketball team announced its non-conference schedule for the 2020 season. The Boilermakers' non-conference slate will run from Nov. 25 to Dec. 9 ahead of the Big Ten season, which will open before the holiday break.

Purdue will open the season against Bowling Green on Nov. 25, the day before Thanksgiving. The Boilermakers outlasted the Falcons in the final non-conference game of the 2019-20 season for an 81-74 win. Purdue leads the all-time series 7-3.

The Boilermakers will then welcome North Alabama to Mackey Arena on Nov. 29 for the first meeting between the two programs in history.

The homestretch will continue Dec. 3 for a tip against Miami University. The two clubs last met during the 2017-18 campaign with a 74-63 Purdue win. The Boilermakers hold a 6-2 all-time series advantage over the RedHawks. Purdue will renew a regional rivalry Dec. 6 when Valparaiso comes to Mackey. The Boilermakers downed the Crusaders 95-49 on Dec. 8, 2017 to improve to 11-1 all-time against their in-state foes

The non-conference slate concludes Dec. 9 against Buffalo for a first-time clash between the two clubs.
Click to expand... 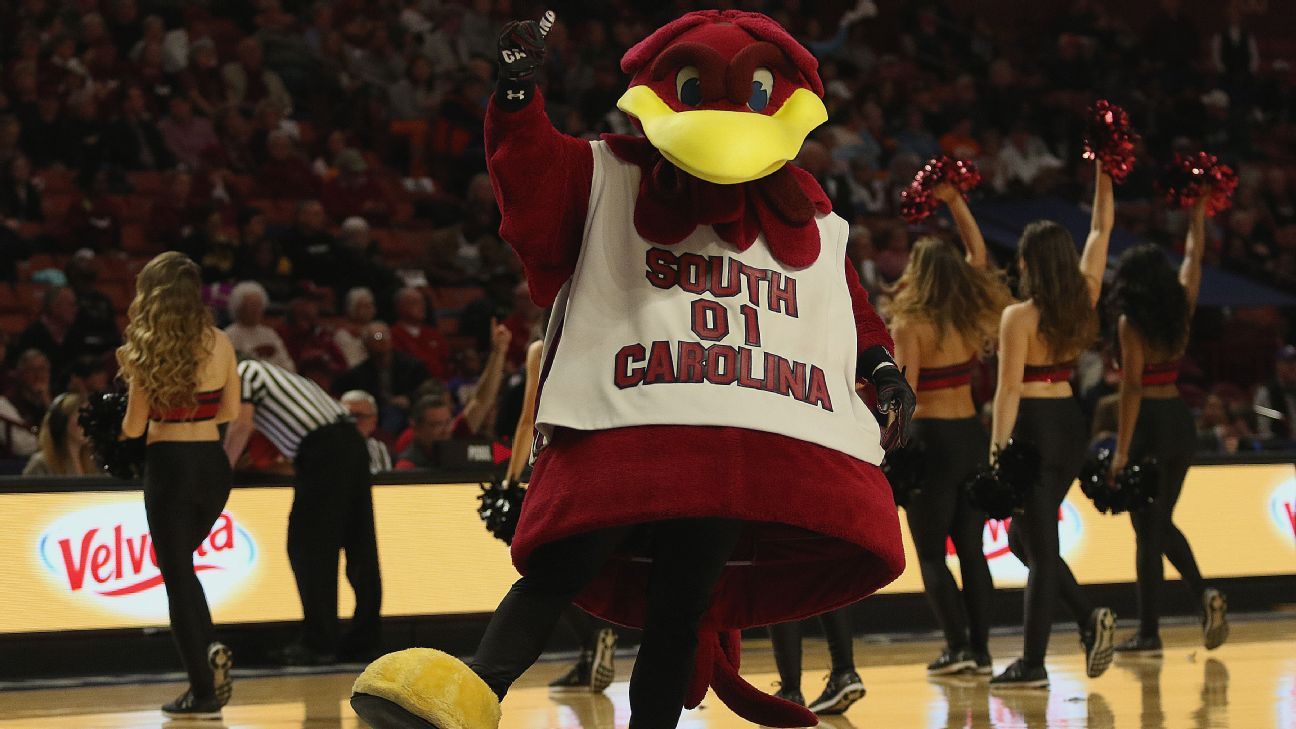 South Carolina will join Oklahoma, South Dakota and Gonzaga in a four-team round-robin tournament in South Dakota on Nov. 28-30.

Not the B1G but Sioux Falls will host a tournament featuring South Carolina, South Dakota, Oklahoma and Gonzaga. 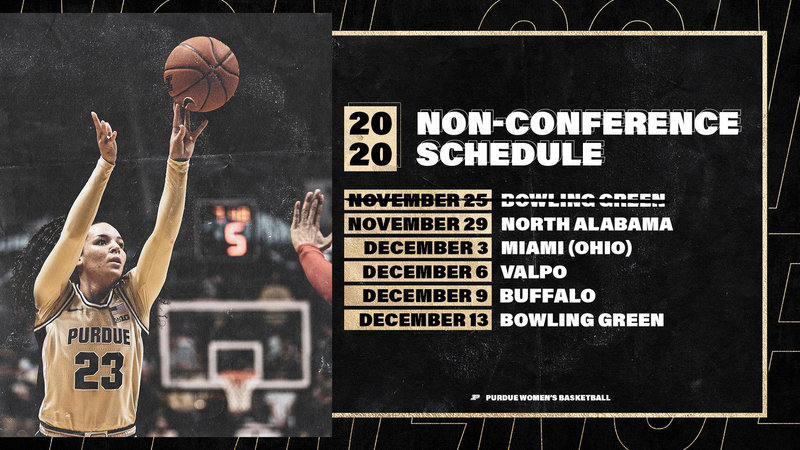 WEST LAFAYETTE, Ind. – The Purdue women's basketball team will have to wait a few more days to open the 2020-21 season, as the Nov. 25 tip against Bowling Green has been moved to Dec. 13.

Nebraska: when will the Huskers play?


The men have their Big Ten schedule. The women are still waiting for theirs. And while the Nebraska women’s basketball program waits for the conference side of things to be finalized, the non-conference beginning also remains a bit up in the air.

The NCAA designated Nov. 25 as the official start date for men’s and women’s basketball this season. A report Wednesday from the Lincoln Journal Star suggested Nebraska would not start at that time as it deals with limited numbers of players available for practice. North Dakota State had previously listed the Husker women as their opponent for Nov. 25, but that game has been removed from the Bison’s official website.

Don’t consider that a cancellation, though. A spokesperson for the team said the program has had several different opponents scheduled in principle but nothing has yet been finalized or announced. Creighton has Nebraska on its schedule for Dec. 14 in Omaha on the Bluejays’ website, but, again, Nebraska has announced nothing. The team’s schedule page on the official website remains empty.
Click to expand... 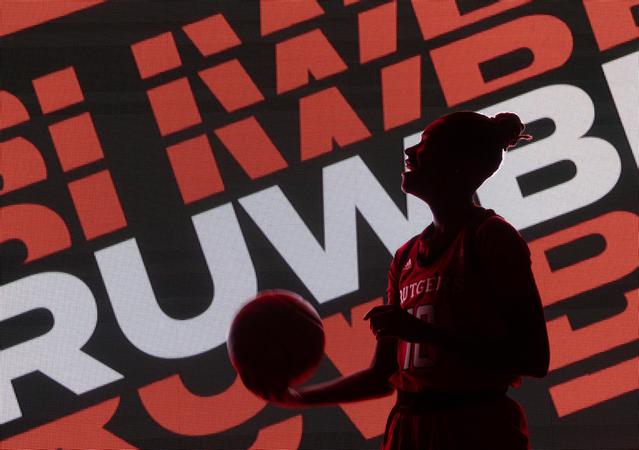 Rutgers women's basketball announced its 2020-21 season opener against Monmouth at the RAC on Wednesday, Nov. 25 at 11 a.m., airing live on BTN+.
[...]
Details and contracts, including COVID-19 health and safety protocols, are being finalized for all remaining non-conference games. As of Nov. 20 at 8 p.m. ET, the Big Ten has yet to release its 20-game conference schedule
Click to expand... 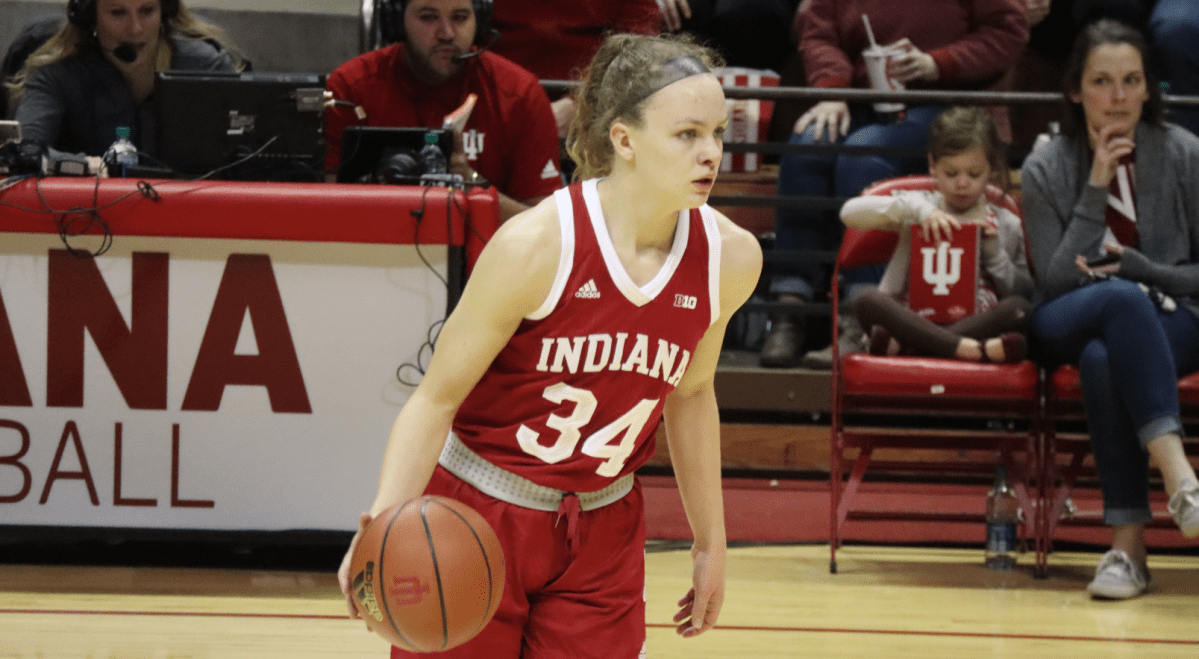 The No. 15/16 ranked IU women’s basketball program announced the details of its 2020-21 non-conference schedule on Friday afternoon. Thus far the Hoosiers have just four games on their non-co…

The Hoosiers announce their non-conference schedule (may add one more game):

The Hoosiers will open the season on Wednesday, November 25 against Eastern Kentucky at Simon Skjodt Assembly Hall. Tip will be at 1:30 p.m. ET. It’s one of three home non-conference games of the season that also includes a matchup with Samford (Dec. 3) and Butler (Dec. 13). The non-conference portion is highlighted by a potential Top 25 matchup with Kentucky on December 6 in Lexington, Ky. The game will air live on ESPNU at 4 p.m. ET.

IU does have the flexibility in its non-conference schedule to allow for one additional contest this season.
Click to expand... 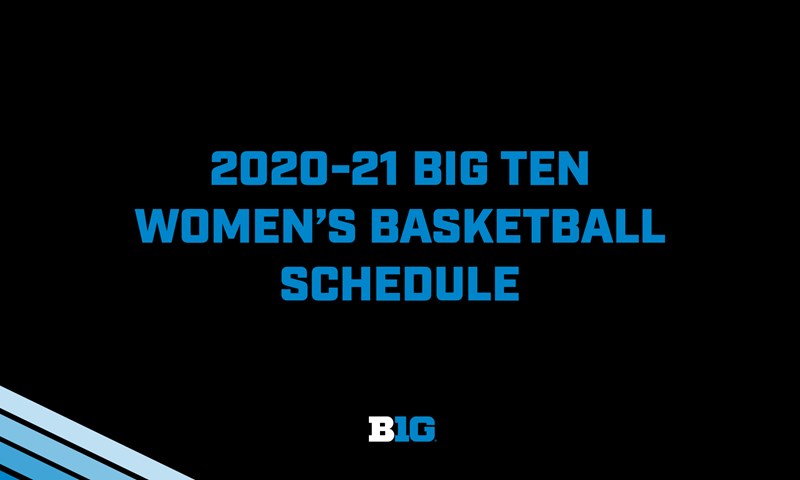 The conference season will tip off Dec. 5, when Wisconsin travels to Iowa. Schools will play seven opponents twice (once at home and once on the road) and will face the remaining six opponents once (three at home and three on the road). To allow for maximum flexibility in the potential rescheduling of games, this year’s schedule is built with corresponding byes throughout the schedule and a collapsible bye during the final week of the regular season.

To accommodate the expanded 2020-21 conference schedule, the dates for the 28th Big Ten Women’s Basketball Tournament have been moved, with the event to be held Tuesday-Saturday, March 9-13, at Bankers Life Fieldhouse in Indianapolis.

All Big Ten women’s basketball non-conference home games through Dec. 2 will be streamed live on Big Ten Network+ (formerly BTN+), and schools will announce the start times for those games in the coming days. TV designations and start times for all Big Ten women’s basketball home games on or after Dec. 3, including all conference games, will be announced at a later date.

Big Ten women’s basketball teams will follow the same medical protocols that were developed by the Big Ten Return to Competition Task Force and announced on Sept. 16, 2020. These protocols include daily antigen testing, enhanced cardiac screening and an enhanced data-driven approach when making decisions about practice/competition
Click to expand...

Really looking like teams are going to have to remain flexible all season in regards to when they will play their games. Admittedly, that will be a lot easier as the universities won't have to concern themselves with fans attending games. Nevertheless, it's going to be interesting. I'm a bit surprised that we won't see more 2- or 3-game weekend bubbles...or maybe that's yet to come.