Indiana (2022-23): How Three Transfers Could Be Game Changers 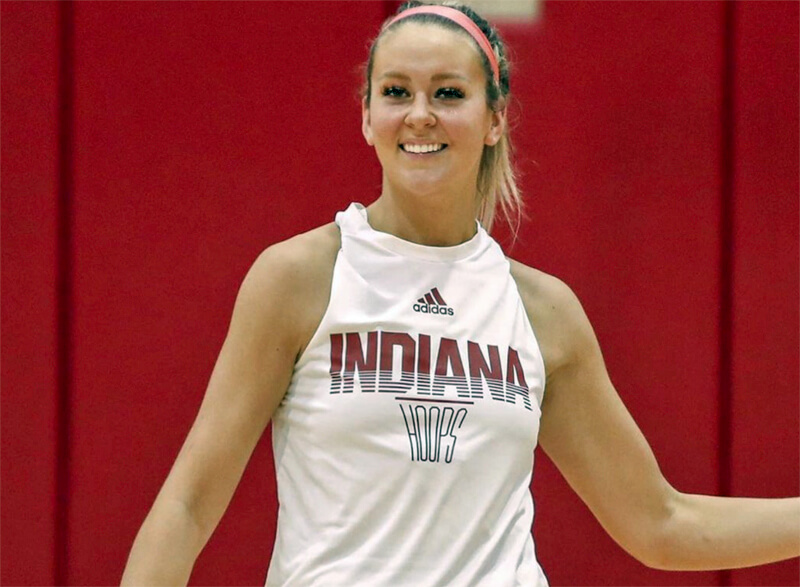 After maintaining very similar — if not almost identical — starting lineups for the past two seasons, Indiana women’s basketball now has a plethora of possibilities for its starting five heading into the 2022-23 season.
www.insidethehall.com

Here's the change Sara Scalia could bring to IU:

After maintaining very similar — if not almost identical — starting lineups for the past two seasons, Indiana women’s basketball now has a plethora of possibilities for its starting five heading into the 2022-23 season. Beyond a strong freshmen class, the Hoosiers will also be equipped with three experienced transfers.

Sydney Parrish, Sara Scalia and Alyssa Geary are all joining Indiana with at least two years of NCAA experience. All three could be starters for Indiana, and all have the potential to bring some big changes.

It’s worth noting some other recent transfers who have brought historic accomplishments to the program include Ali Patberg and Nicole Cardaño-Hillary. By the end of their Hoosier careers, both were consistent starters and some of the most influential players in program history.
[...]
Sara Scalia – Guard, Minnesota

But Sara Scalia easily could have, and perhaps should have, been awarded that same amount of recognition. The senior was a massive presence beyond the arc last season at Minnesota, shooting 41.3 percent from downtown for 5th best in the Big Ten. Her 111 made 3-pointers placed her at second in the Big Ten and third overall in the NCAA.

For reference, Clark finished with 91 3-pointers, shooting at a 33.2 percent clip. Scalia and Clark had almost the same amount of attempts from beyond the arc as well, as Scalia had 269 and Clark had 274. Against Indiana in February, Scalia made 7 out of 12 3-pointers and scored a total of 26 points.

There is no doubt Scalia will add another layer to Indiana’s offense and is set up to be the consistent 3-point shooter the team has been lacking for a while now. The “phenomenal pickup”, according to Teri Moren, is fully expected to be in the starting five. One could say she’ll have a lot to prove, but her track record so far speaks for itself.
Click to expand...