Hell in a cell: Frost versus Fleck

Call in Brock Lesnar or Gable.

When you're a Nebby fan, your only choice is to live in a world of fantasy... 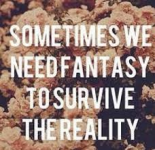 That makes me think of this classic

This is absolutely beyond stupid. Nebraska fans obsessed about losing to the Gophers, LOL!

Would there be a closet for Frost to hide in?

Pretty Sure You are Wrong

Thank you for the clarification. I was concerned this was real.

oak_street1981 said:
As an observer, and not the person being beaten down, I learned a long time ago to never get in verbal, then in any physical altercation with a wrestler. Once i started to grow and figured out I was stronger than some I got a little cocky, then realized..... step; back, and shut up. Wrestlers will F up any man, any time, with minimal effort.

Rule number two was to stay away from stout looking hockey players that drank a lot that day, if any fight was brewing. In fact, I'd give a wide lane to 5'9" 170 lb hockey player that looked sort of pissed off. One such ex hockey player came at me from the side with a heavy barstool a few years back, I ducked and he grazed my shoulder... The guy got 86ed from the bar, but maybe I had it coming! We'd probably laugh about it if we ever crossed paths again. I was talking to his female housemate who had a different view of their relationship. I was not even into her!


Third place I am not sure, my brother played rugby out east and my understanding is that group is one to avoid unless an insider. They will F you up, and stand together post match; big drinkers with no fear of anyone. My mild mannered brother probably did some crazy stuff he blotted out of his mind from those days in Rugby.

Would love to see that match-up in real life. I see a made for charity match-up in the near future. Make it happen WWE.

PJ owns Frost. I want him to stay at Nebraska as long as possible. Their programs has not won for quite while now.