Gophers head to Fargo and I just can’t wait! Basically a home game for me! 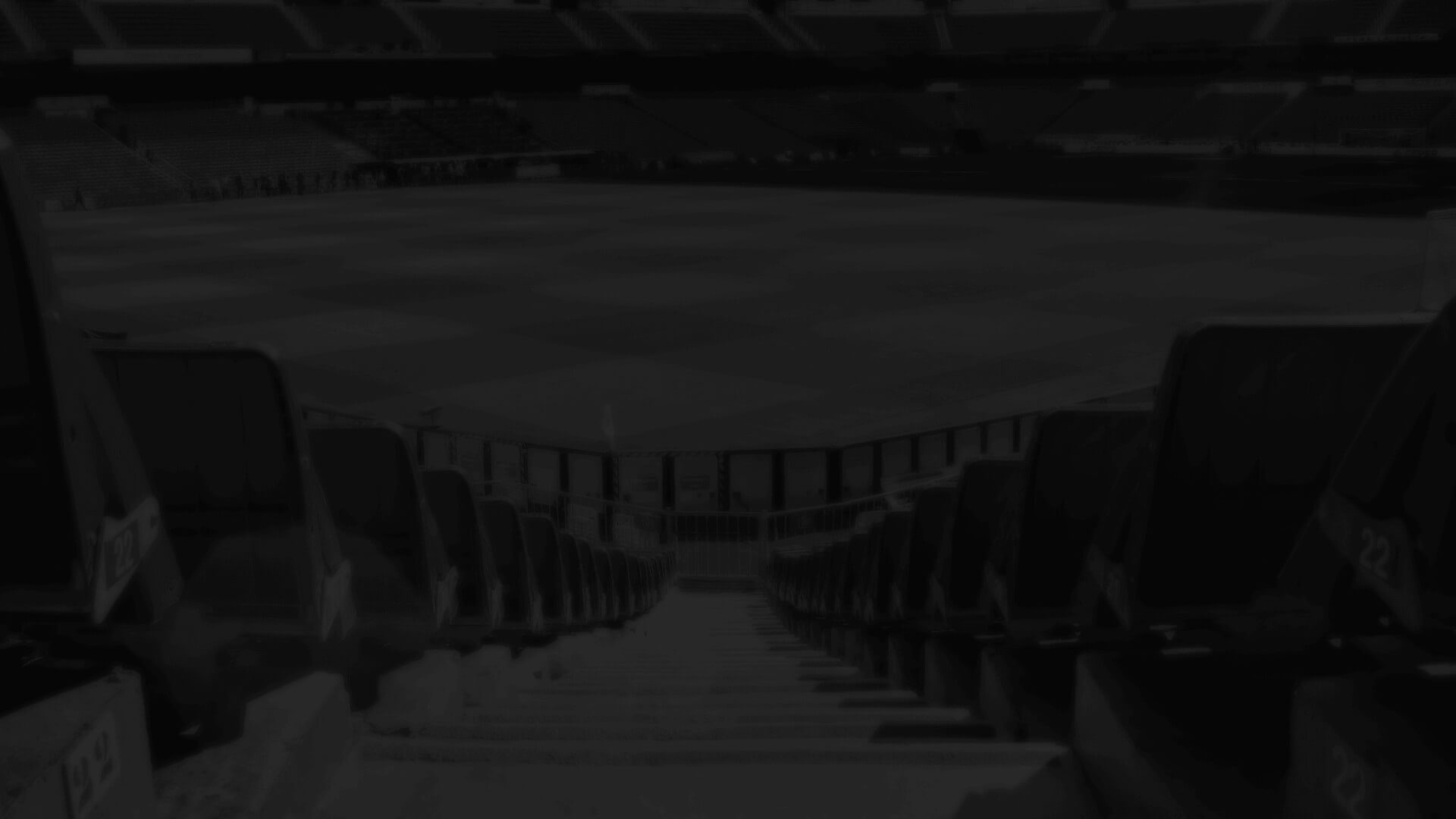 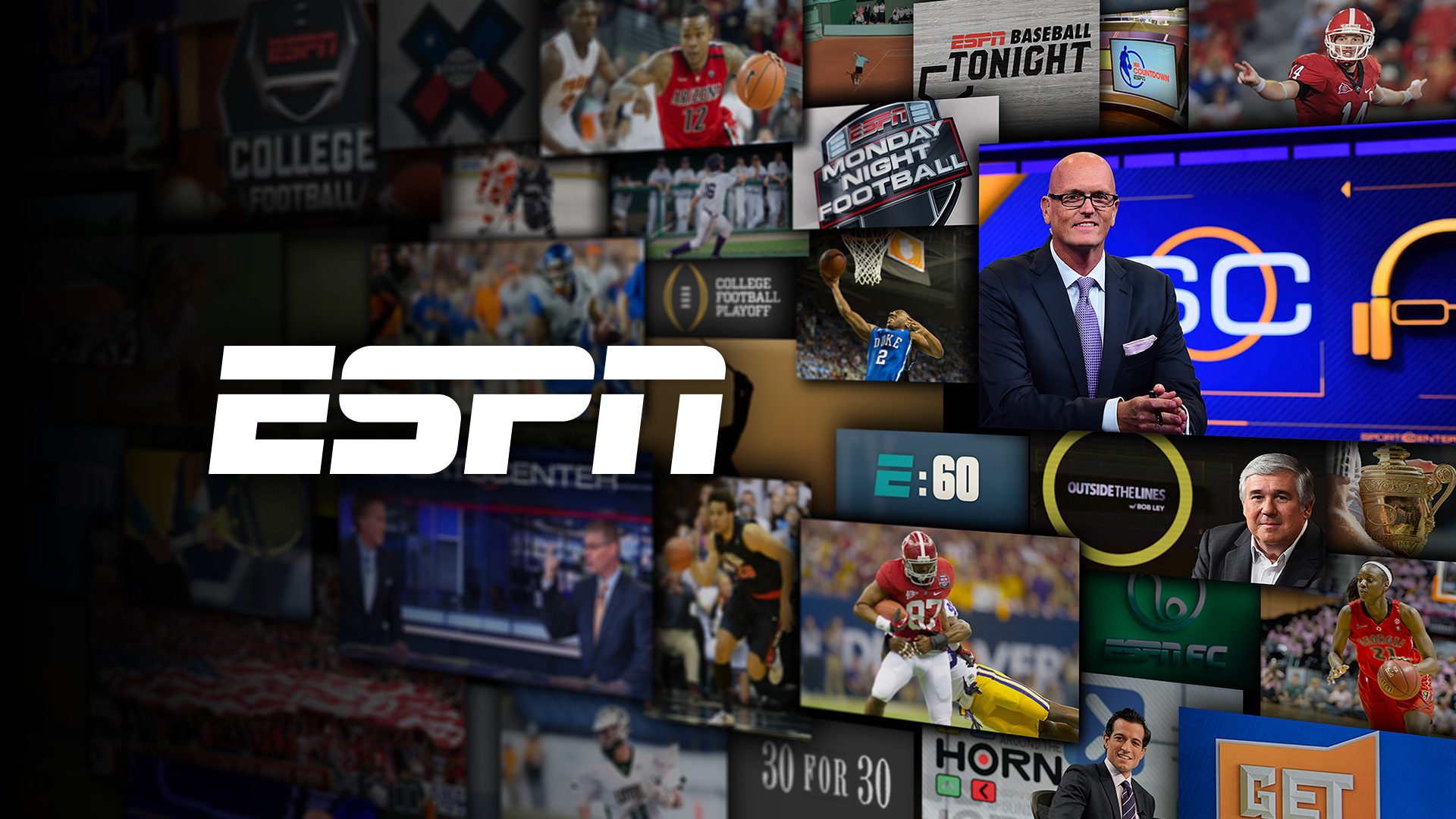 Like Minnesota, North Dakota State is undergoing a makeover. Last season’s 11-18 record (7-11 in the Summit League) and a 6th place conference finish was a step back from the previous season’s 15-9 (9-7 conference) 3rd place finish. Bison head coach Jory Collins, now entering his 4th year, said he’d like to play “faster” and thinks he’s added the players to do so. Given that NDSU has played two games (Montana and Valley City) the answer will be revealed well after the impending Gopher visit.

NDSU returned twice as many players, six, as the Gophers. But the Bison ability to play faster will depend on eight newbies which include four freshmen and four transfers. Let’s start with 6’3” freshman guard Elle Evans. The Illinois native had an immediate impact in the season opening 65-63 win over Montana. Evans’ jumper tied the game at 63 with :30 seconds remaining and then she provided the winning margin by draining two foul shots with :08 seconds to go. Evans started the game and contributed 10 points, 3 assists and 2 rebounds in 21 foul limited minutes. So far, so good.

As for the impact transfers, there are a couple of players we saw play last year in Williams Arena. 6’1” forward Taylor Brown (from Lakeville) arrived in Fargo from American University. Brown put up 10 points and grabbed 8 rebounds against the Gophers in Americans 54-73 loss to Minnesota. In her NDSU debut she had 5 points and 4 rebounds starting against Montana.

The other transfer appearing last season at Williams is Abbie Draper. The 6’2” forward played for Bradley and contributed 2 points and 7 rebounds in Bradley’s 54-73 loss to Minnesota. Nevertheless, the remainder of Draper’s season went well enough for her to be named to the Missouri Valley All Freshman Team. In the Bison opener, the Iowa native came off the bench to score 12 points on 4-4 shooting from three. Draper had 13 points versus NAIA Valley City State in the Bison’s second outing.

The star returnee for NDSU is 5’8” senior guard, Heaven Hamling. The Grand Rapids native started her college career at Stephan F Austin State and transferred north following her freshman season. She was the Summit League Newcomer of the Year in 2020-21 and an all-league honorable mention last season. This season Hamling was a pre-season All Summit League First Team selection (along with Kacie Borwicz of North Dakota). The Bison attack runs through Hamling. Against Montana, she had 19 points, 6 assists and 4 rebounds. Versus Valley City Hamling dropped 21 points in 22 minutes and called it a night.

Another returnee is 6’2” junior forward, Emily Behnke. The Wisconsin native delivered 10 points and 9 rebounds against Montana.

The final returning starter is Abby Schulte from Maple Grove. The 5’10” junior guard contributed 4 points, 4 rebounds and 3 turnovers in the Bison opener.

There is an international contingent. Leah Mackenzie and Georgia Baldwin are from Australia, Marwa Bedziri is from Sweden and Kristina Ekofo Yomane from Brussels.

North Dakota State was picked for 5th in the Summit League preseason poll trailing SDSU, South Dakota, Oral Roberts and North Dakota. So, the Bison aren’t expected to make a big leap with their faster tempo. And their narrow victory over Montana, like the Gopher win over Lehigh, was both exhilarating and worrisome. Makeovers rarely occur overnight.

Given Lehigh’s success versus Minnesota, how are the Bison from behind the arc?

Are the Bison roster heights for real or do they need to recalibrate their measuring device?

Minnesota is 6-1 against the Bison. The last meeting was at Williams Arena in November 2011 with the Gophers winning 80-41. The embarrassing loss occurred in December 2006. NDSU defeated Minnesota 48-62 in Fargo. Katie Ohm with 12 points was the only Gopher in double figures.

Others With Last Years Stats:

Onto the next game. Lehigh is behind us and NDSU is just ahead. The Gophers have to play focused and hit shots early. I will be at the game cheering them on tomorrow, I’m excited to see them play live. Hoping for another Gopher win! 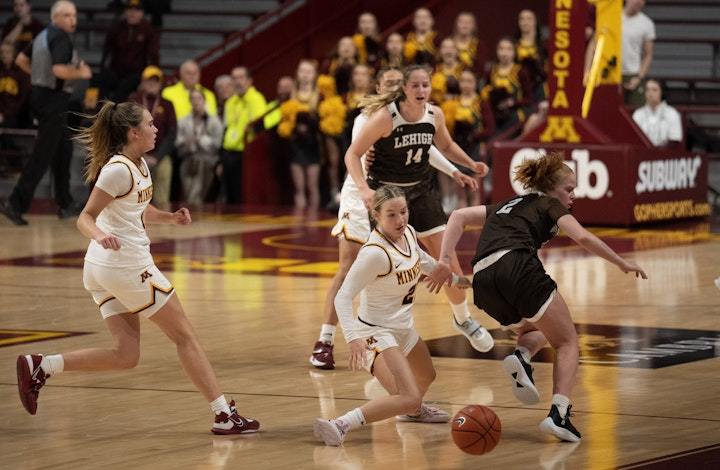 -Minnesota has scored the 4th most points per game in the Big Ten, out of 14 teams. Minnesota has been a high-scoring team.

-Borowicz and Braun make the top-25 in the Big Ten for 3-point percentage.

-Micheaux is 1 of 2 players in the Big ten to have a perfect free throw percentage (on 5 shots).

-Team seems to have a good team vibe going, has played fast often, and sometimes attacking.

-It takes time for high schoolers thrown into the Big Ten to learn. I especially empathize with Amaya Battle who plays the challenging point guard position that takes extra time to learn. Patience is the key. So far so good.

DEFENSE
-Minnesota has given up the 2nd most points per game (2nd worst). Last season they finished 3rd worst for points allowed.

-Micheaux leads the Big Ten in rebounds per game at 11.5 per game.

-I can't find a state for total team rebounds versus giving up but I assume Minnesota is not great as a team for rebounding.


-Minnesota's margin (offense minus defense) is middle of the pack. I think that's good for having such a young team still learning what to do. There is upside there as the systems gel.


-There is a real opportunity on defense, not just needing time to gel team defense but especially boxing out on rebounding. The first rule of rebounding is to stop the other team from getting the rebound by putting yourself between the hoop and the other player. Also judge the angle of the shot.

Winning the Rebound Game
Here is a play in the last Gophers game where the shot is on the way to the rim. Czinano moves to effectively box out the other player. Katie B steps up to get in front of the other player and box out -- to get between the hoop and the other player. The shot goes in so no rebound to be had, but they moved their bodies to box out. 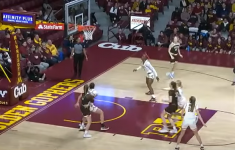 Now here in the same game is a different case where Mara Braun shoots. Destinee Oberg seems to walk up a few steps and then stand behind the other player watching the ball, rather than hussling to get in front of the other player and box out, instead getting boxed out. 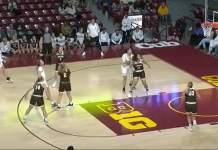 We need more hustle -- effort -- from the Gophers to box out or they will get mauled in the paint against good rebounding teams. Rebounding is an effort game.


Other teams will maul the Gophers if the Gophers think the struggle is over who will grab the ball first.

No, the fight is to keep the other team off the boards. That has been lacking with the Gophers for years.


Finally, here is a quote about how Indiana defeated Tennessee in the IndyStar:


"Sunday, IU coach Teri Moren talked about the importance of keeping Tennessee off the boards, particularly 6-6 center Tamari Key. Mackenzie Holmes drew the primary assignment on the Vols' top rebounder and attempted to overcome the three-inch height disparity by fronting Key in the post and using her lower center of gravity to push her out of the paint when shots went up, far enough back to prevent Key from reaching over her." END QUOTE

whalenfan said:
seems like she musta sprained her ankle in practice the last couple days

just an update on this, Whalen said on pregame she got hurt in the Lehigh game but played thru it, sounds like they thought she might be able to play tonight so hopefully she dont miss much time.

12-8 Gophers at the end of one. We're working hard on defense; but everything else is a grind.

Poor shooting so far, defense keeping the gophers in the lead. 0-7 from three.

Bison starting to find the open player and finished on a 7-0 run to lead 28-27 at the half. Katie B. needs to stop taking wild shots when she drives the lane. Our offense loses focus without Braun.

adamj95 said:
Poor shooting so far, defense keeping the gophers in the lead. 0-7 from three.

sorry but Katie needs to stop always looking for her shot and set up the offense and run the offense.. 2-10 tonight..

31% shooting and 0-9 from three. Gophers making it very hard to watch so far.

Minnesota cannot afford to lose this game. This is just awful basketball to watch.

If Gradwell kept running the floor with Battle there she could've had an easy lay up, but she just slowed down for some reason.

This is just sad to watch, missing Braun or not.

Rebound? Hustle? This is not looking good at all.

This is a game any other B10 team would be up 20+. I don’t mean to be negative but there is just no offense or defensive scheme.

I think I speak for everyone, if the Gophers ever decide to play the Bison in Fargo again, I will not be watching.

Horrible all around but our post players looked really bad tonight. It almost looked like it was Oldberg first game. seem like all hustle plays went NDSU way, they just wanted it more

At five years in, you are what your coaching record says you are.

Ignatius L Hoops said:
At five years in, you are what your coaching record says you are.
Click to expand...

It's the start of the fifth year. The vaunted top 10 rated class is just getting started. The most ready of the frosh and one of the leading scorers in the nation is unexpectedly unavailable. If Whalen fails to produce within the next two years, I can certainly see a change being made.

Whalen is certainly not without some blame. She came into this with no head coaching experience. She inherited some players that didn't take well to her coaching. She apparently butted heads with some that led to a mass exodus from the team. We can only hope that she has learned her lesson and has a team full of players that are all moving in the same direction this go around.