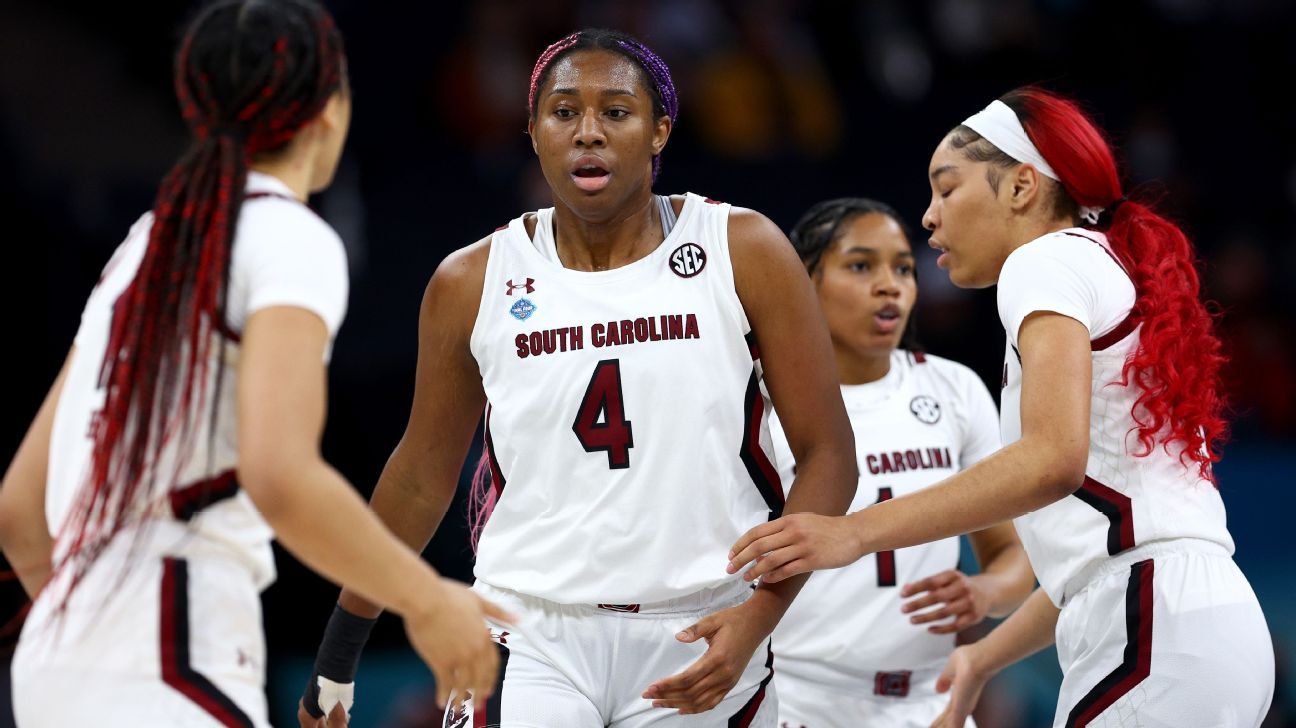 Charlie Creme helps us look ahead to next season -- right after the 2022 champ is crowned.

Injuries wreaked havoc with the Terps' season, and even though they never lived up to expectations as a result, they still ended up in the Sweet 16. With Angel Reese, Ashley Owusu, Diamond Miller, Shyanne Sellers and the addition of Florida transfer Lavender Briggs, Maryland has a collection of offensive pieces that is unrivaled. If Brenda Frese can add some more size via the transfer portal, getting back to the top of the Big Ten is likely

The loss to Creighton in the second round of the NCAA tournament was devastating. It could have been more devastating had that been Monika Czinano's last game. The decision by the nation's field goal percentage leader to use her extra year of eligibility to once again pair with Clark, the nation's leader in scoring and assists, is enough to make the Hawkeyes a threat for bigger things than just a Big Ten title.

In one of the quietest championship seasons the Big Ten has ever seen, the Buckeyes tied Iowa for the regular season title. They should return four of the top five scorers from that team, and much will revolve around the backcourt. Taylor Mikesell's decision to take her extra season to rejoin All-American candidate Jacy Sheldon, plus a full recovery by Madison Greene -- who missed the 2020-21 with a knee injury but averaged 13.4 PPG in 2021-22 -- combine to gives Ohio State a trio that is hard to match.

Much will be made of how the chemistry Nicole Cardano-Hillary, Ali Patberg, and Aleksa Gulbe helped create will disappear, so it's easy to forget that the Hoosiers' two best players -- Grace Berger and Mackenzie Holmes -- will be back in Bloomington. Coach Teri Moren does have some work to do to rebuild around Berger and Holmes, but having the two honorable mention All-Americans is a good way to keep the program among the best in the Big Ten.

Early in the 2021-22 season, sophomore Jaz Shelley was the Cornhuskers' best player. By season's end, that distinction had gone to to freshman Alexis Markowski. Senior Sam Haiby was always the glue. All three, plus 11.1 PPG scorer Isabelle Bourne, plan to return, giving coach Amy Williams a chance to have the best team in her seven seasons as Nebraska's coach
Click to expand... 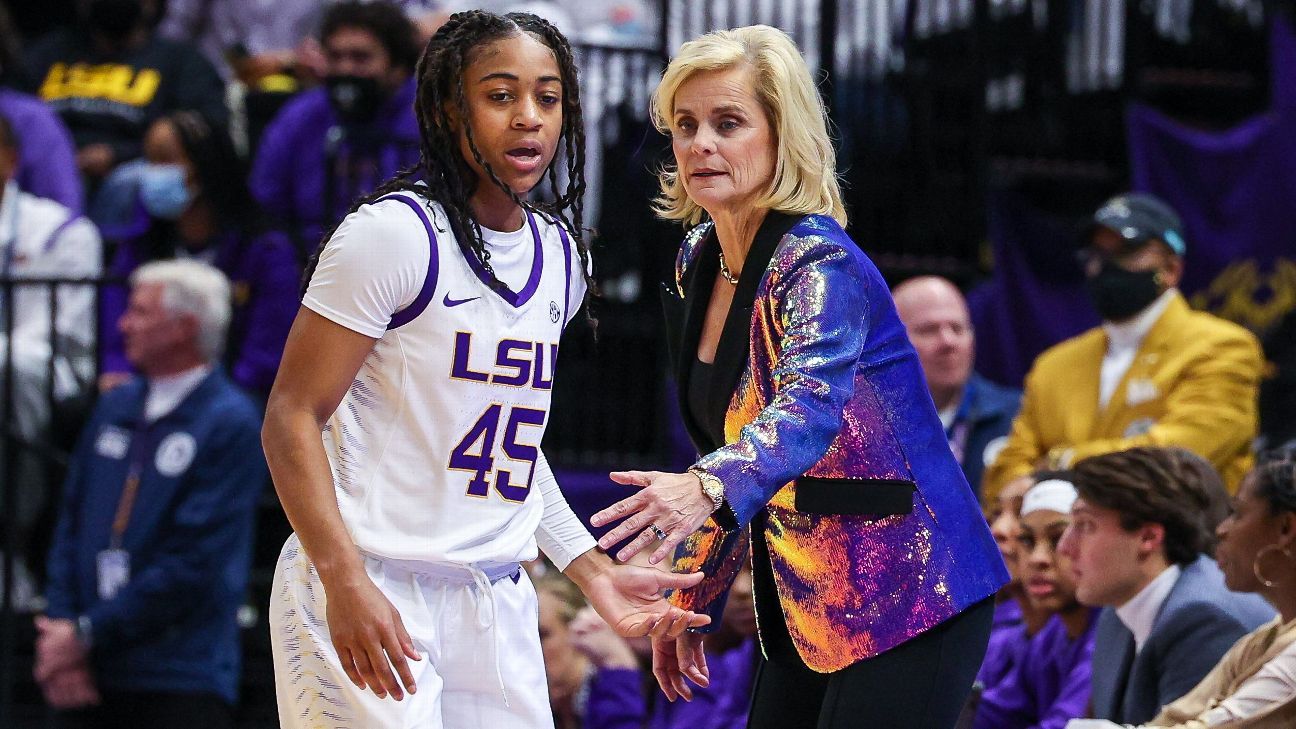 LSU moves in and Maryland moves down as the transfer portal continues to remake rosters. But South Carolina, UConn and Stanford remain on top.

Creme's "Way too Early Top 25" was decidedly way too early. Here his update:

With Caitlin Clark and Monika Czinano, the Hawkeyes will have the ability to outscore just about anyone. They should enter 2022-23 as the favorites in a competitive Big Ten. The key to a deeper NCAA tournament run might be how much players like Addison O'Grady, McKenna Warnock and Kate Martin further develop during the offseason​

It would be hard to duplicate their chemistry of the past two seasons, but the Hoosiers might have a more balanced offensive attack this upcoming season thanks to the transfer portal. Losing Nicole Cardano-Hillary, Ali Patberg and Aleksa Gulbe won't be easy, but the additions of Sydney Parrish (Oregon) and Sara Scalia (Minnesota) give coach Teri Moren two 3-point shooters to pair with the midrange game of Grace Berger and the post play of Mackenzie Holmes. Scalia led the Gophers with 17.9 points per game this season and is the biggest reason Indiana jumped six spots in the rankings and could now be Iowa's biggest challenger in the Big Ten

With Taylor Mikesell's decision to take her super-senior season in Columbus and the returns of Madison Greene from a knee injury that kept her out all last season, All-American candidate Jacy Sheldon and Rikki Harris, the Buckeyes will have one of the best and most experienced backcourts in the country. Still a little thin in the frontcourt, Ohio State will need a big season from 6-4 Rebeka Mikulasikova, who averaged 9.4 point and 5.0 rebounds in 2021-22.

After the 2019-20 season, Brenda Frese lost Shakira Austin and Taylor Mikesell to the transfer portal and Kaila Charles and Stephanie Jones to graduation. She replaced them with Chloe Bibby, Mimi Collins and Katie Benzan from the portal. The result was a Big Ten regular season and tournament title in 2021.

The same kind of overhaul is happening this offseason. Bibby and Benzan used up their eligibility. Top scorers Angel Reese and Ashley Owusu, along with Collins, are transferring.

Frese has turned to the portal again for reinforcements and added Lavender Briggs (Florida), Abby Meyers (Princeton), Elisa Pinzan (South Florida) and Brinae Alexander (Vanderbilt). Briggs was a 19.5 PPG scorer for the Gators in 2021. Meyers was the Ivy League's Player of the Year this season, Alexander led the Commodores at 15.2 PPG, and Pinzan has averaged 5.8 assists over the past two seasons. A full, healthy season for senior-to-be Diamond Miller (17.3 PPG in 2021) and continued improvement from rising sophomore Shyanne Sellers should provide plenty of offense once again in College Park.

The Cornhuskers reached their first NCAA tournament since 2018 last season, and the top four scorers from that team are back. If 6-3 Alexis Markowski continues the growth that she showed in the second half of last season, Nebraska might also have a blossoming star. The experienced backcourt of Jaz Shelley and Sam Haiby will be joined by South Dakota transfer and Omaha native Maddie Krull, while 6-2 Isabelle Bourne has averaged 12.0 points over her last two seasons.
Click to expand...

Are we comparing how Maryland loses players to the portal too?
Bad news part is the reloads seem to be on a bit different path.
5 Big Ten teams in the Top 25 is good...we just need to figure how to be one of them. 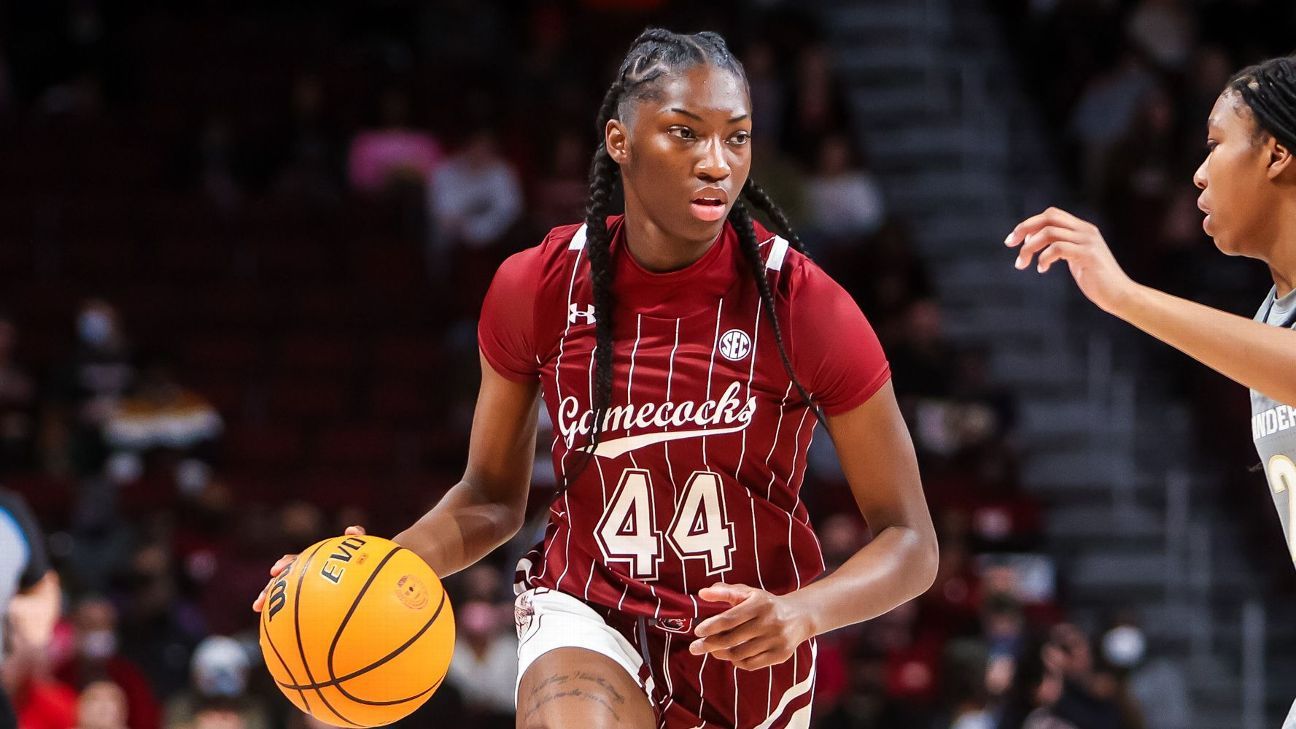 Tennessee, NC State and LSU are among the biggest risers, and Georgia enters the top 25, after some big transfers and coaching changes.

The Hawkeyes know what you're thinking. Sure, they can score in bunches behind guard Caitlin Clark and post player Monika Czinano, Division I leaders last season in scoring and field goal percentage, respectively. But can they defend well enough to make a run at the program's first Final Four since 1993? That's the challenge, with a painful upset loss to Creighton in the NCAA second round at home last season motivating them. One more defensive stop would have gotten the Hawkeyes to the Sweet 16. Iowa isn't going to be a great defensive team, but an improvement on that end and some additional scoring threats, including transfer guard Molly Davis, should make the Hawkeyes strong contenders in the Big Ten and nationally. -- Voepel

The Hoosiers have entered a different realm in the past few years, and now we expect to see them contend in the Big Ten. Leading the way among returners are guard Grace Berger and forward Mackenzie Holmes, Indiana's top two scorers in 2021-22. Both have been key parts of building Indiana into the program it has become. Transfers should make an impact, too, especially guard Sara Scalia, who averaged 17.9 PPG and shot 41.3% from 3-point range last season at Minnesota. -- Voepel

It seemed the Buckeyes went under the radar a bit in the Big Ten last season, even though they ended up as co-champs of the league with Iowa. Ohio State also had a good NCAA tournament run, upsetting LSU and pushing Texas in a tight Sweet 16 matchup. Junior Jacy Sheldon and super senior Taylor Mikesell return as the team's top two scorers, and guard play in general should be very good for the Buckeyes. How much they will be able to get from their posts is the biggest question. -- Voepel

Maryland experienced a massive overhaul this offseason with the transfers of Owusu, Reese and Collins and two other reserves. Brenda Frese then filled out her roster with five transfers, a group headlined by former Florida standout Lavender Briggs and Ivy League player of the year Abby Meyers, plus a four-person freshmen class featuring two late additions. Frese has a tall task in front of her in meshing so many new players together while upholding the Terps' tradition of excellence, but as Charlie Creme pointed out in last month's rankings, she has done it before. Plus she has Diamond Miller, Shyanne Sellers and Faith Masonius as experienced carryovers from last season's squad she can lean on.-- Philippou

Center/forward Alexis Markowski followed her father, Andy, to Nebraska; he played basketball for the Huskers in the 1990s. She was the Big Ten freshman of the year last season and is a strong building block going forward. Super-senior Sam Haiby, junior Jaz Shelley and Maddie Krull, who transfers in from South Dakota, should anchor a very good backcourt. Nebraska also brings in two-sport standout Maggie Mendelson, a 6-5 freshman who is a top recruit in volleyball and basketball. -- Voepel
Click to expand...