Although Holmgren is the first Minnesota player to secure the top ranking on ESPN's top-100 recruiting list, he's far from alone in a region that has emerged on the national scene. The fourth-coldest state in America (after Maine, North Dakota and Alaska) is stocked with young basketball standouts worth your attention.

"It's definitely cool to represent not only my state but my friends and family who live here," Holmgren told ESPN of his No. 1 ranking in the 2021 class.


Top-tier talent at the high school and collegiate ranks, of course, can only mean a greater chance for NBA success as those players develop. Amir Coffey (Los Angeles Clippers), Gary Trent Jr. (Portland Trail Blazers), Mike Muscala (Oklahoma City Thunder) and Tyus Jones (Memphis Grizzlies) have all made solid contributions to their respective franchises this season.

Three Minnesotans -- Duke's Tre Jones, Minnesota's Daniel Oturu and Arizona's Zeke Nnaji -- are projected to be selected early in the second round this year, per ESPN's most recent 2020 NBA mock draft. That might count as a blip for other states, but it stands as a gold rush for a region that hasn't produced an NBA All-Star since Kevin McHale in 1991.

The surge of prospects has turned the state into an increasingly popular destination for college basketball's top coaches. At the lowest levels, more resources have been devoted to development, which has helped the overall quality of play within the state. Population growth in the Twin Cities -- nearly 3 million people now live in the metro area -- is a factor, too.

"There are so many high-level players from the state of Minnesota," said one Power 5 coach who has signed multiple Minnesota-based players in recent years. "The high school and AAU coaches have done a great job helping players develop and receive college scholarships." 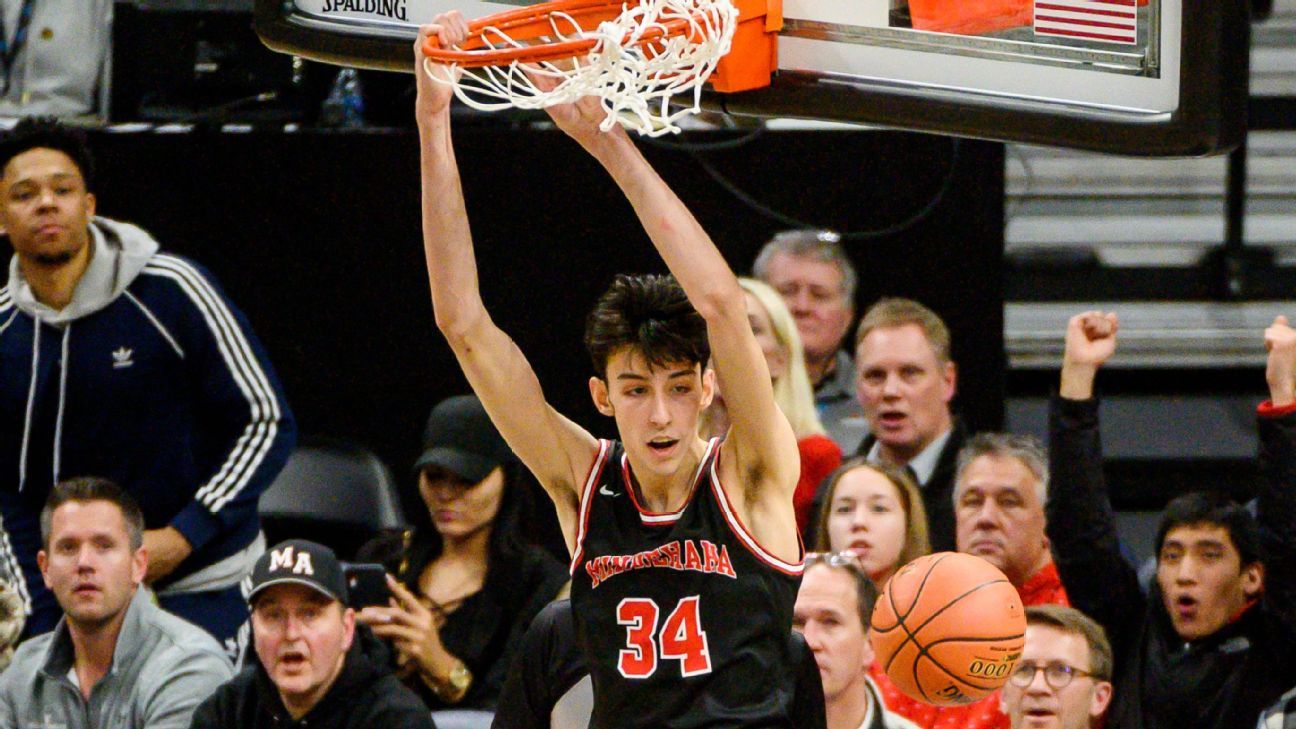 Minneapolis 7-footer Chet Holmgren is the No. 1 prospect in the 2021 class, solidifying the state of Minnesota's place as a critical locale on the recruiting landscape.

Can't wait. . .we really haven't discussed it much to this point /s

If coaching staffs had any success in the past 20 years we wouldn’t be overrun with other coaches from d1 programs - but Alas poor yorick.

For a Myron article, I was kind of suprised it wasn't more slanted against MN tbh

ForecastingAWin said:
For a Myron article, I was kind of suprised it wasn't more slanted against MN tbh
Click to expand...

With all the cuts at ESPN he has survived?!?! Also, he had to put that MN is the "4th coldest state" in the lead paragraph so didn't give him too much credit.

Not informed, lacks any game knowledge. A child could explain the landscape of this program, the choices kids have and the temperature.

Probably the one who will be picked first

I kind of resent the 4th coldest state comment. No way we are warmer than Maine. I would say at the very least we are 3rd if not 2nd. Anyone been to Tower/Ely in November? It has been 10 below during deer hunting season for the last 3 years in a row. Get it right Medcalf!

That quote has to be from Gard right? Wonder why he wouldn’t want his name attached to the article. Coaches in Wisconsin can’t be that sensitive

Minnesota actually needs the in-state talent to get a little worse. The keep-home rate on the guys who make the top 25 prospects nationally is awful.

Wisconsin, Indiana, Purdue and others have also struggled with this. The Daniel Oturu and Amir Coffey level prospects are doing the U more good than having Minnesota guys show up on the top 10 and go to Duke.

fmlizard said:
Minnesota actually needs the in-state talent to get a little worse. The keep-home rate on the guys who make the top 25 prospects nationally is awful.

Wisconsin, Indiana, Purdue and others have also struggled with this. The Daniel Oturu and Amir Coffey level prospects are doing the U more good than having Minnesota guys show up on the top 10 and go to Duke.

This sounds correct to me, for whatever little that's worth.

Very easy to get to Mpls by plane from pretty much everywhere else in the country. Maybe more schools will send a coach or two to the area and check more kids out. Better for the kids, of course, more opportunities and options. Selfishly makes it harder on the Gophers to keep a kid who has grown up in the cities all his life to choose to spend some of the most fun, most important years of their lives in the same place.