Veronica Burton is Northwestern’s (9-3) beating heart. The senior point guard and reigning Big Ten Defensive Player of the Year leads the team in nearly every game stat category: points (17.6), minutes (35.1), assists (5.9) and steals (3.7) to name four. Burton is second in rebounding and blocks and isn’t bad at connecting on threes knocking them down at a .358 clip. For good measure, Burton has three double doubles this season. Only Joe Mckeown, who inked a four-year extension before the season, is a more reliable presence in Evanston-and that’s debatable.

Currently, the Wildcat’s are under a covid pause and there’s been no indication of whether the Northwestern/Minnesota game will occur on New Year’s Eve. In addition to covid, the Wildcat’s lineup has been beset by injuries and illness. While Burton, 6’3” freshman Caileigh Walsh and 6’1” senior Courtney Shaw have started every game, the other two starting positions have been shared by five players. Jillian Brown has 9 starts, Mel Daley 4, Lauryn Satterwhite 4, Sydney Wood 3 and Jasmine McWilliams 3.

The great unknown is whether veteran Sydney Wood, a Big Ten All-Defensive Team member last season, will see the Williams Arena court. She was injured in the season’s fourth game and has yet to return. There was a note that she would be available versus Oregon; but, of course, that game was canceled. Without Wood, the ‘Cats are missing three of last season’s leading scorers: Lindsey Pulliam graduated, and Jordan Hamilton decided to take her plus one year at Stanford.

Other than Wood, the players who missed games have returned. Those include 6’3” forward Anna Morris from whom much was expected and little returned. Morris has only played 18 minutes in 5 games. And graduate guard Lauryn Satterwhite is back after an ankle injury and is averaging 5.2 points and 1.4 rebounds in 17.8 minutes/game.

Like the Gophers, Northwestern tends to struggle out of the gate. Finishing inside has been a particular problem. And the lineup changes, especially Wood’s absence, seemed to have curtailed deployment of McKeown’s “blizzard” defense. The ‘Cats will still double when given the opportunity; but they have yet to issue a full “blizzard” warning.

Unfortunately, for the Gophers, the ‘Cats are not buried in a drift. Freshmen are helping to find a way forward. Joining Veronica Burton in the starting lineup are:

Caileigh Walsh: the 6’3” freshman forward has slipped right into the starting lineup by averaging 10.3 points and 4.7 rebounds in 25.6 minutes of play. She’s a Joe Mckeown type big; she’ll mix it up inside and step out for a three (15-48).

Courtney Shaw: the 6’0” senior forward had a strong game against the Gophers last season with 10 points, 6 rebounds, 2 steals and 2 blocks. This season she’s averaging 10 points and 9.9 rebounds in 29.7 minutes of play. And she’s topped Burton with five double doubles in 12 games. Shaw is a force inside and capable of guarding outside.

Jillian Brown: is another freshman who has stepped into the starting lineup with 9 starts. The 5’10” guard is averaging 7.6 points and 2.7 rebounds in 27.8 minutes/game. Brown is 14-45 from three.

There are a couple of bench players of note; although McKeown has sort of stirred and mixed the reserves during the non-conference season. And of course, if Sydney Wood returns to the line-up, then the Wildcats of this season will begin to resemble the Wildcats of last season.

Paige Mott is averaging 5.2 points and 3.9 rebounds in 18.9 minutes/game. As a power post player, the sophomore will likely see minutes versus the Gophers.

Last season, the Wildcats finished 11-7 in the B1G and made it to the Big Dance where they defeated Central Florida 62-51 before falling to Louisville 53-62. Northwestern had kicked off the Big Ten Season by rolling the Gophers in Evanston 80-51. A 17-0 1st quarter scoring run gave the Wildcats a comfort zone they never relinquished. Veronica Burton led all scorers with 20 points while dishing 10 assists. Sydney Wood dropped 19 points and grabbed 8 rebounds. Lindsey Pulliam scored 13 and Jordan Hamilton contributed 6 points and 8 assists.

The starters for Minnesota were Powell with 15 points, Sissoko 14, Hubbard 7, Scalia 6 and Sconiers (remember her?) 1. Northwestern’s game recap had a concise summation:

… the blizzard defense shut Minnesota's offense down, holding the Golden Gophers to 32% shooting from the floor with 41 missed shots and 21 turnovers.


Will it be snow squalls or a full on blizzard? Stay tuned to your local forecast.

What are the chances this game is played? Northwestern is an interesting team, terrible shooting team but really good defense with that unique zone they use.

Per release from the Gophers - the Northwestern game has been canceled. 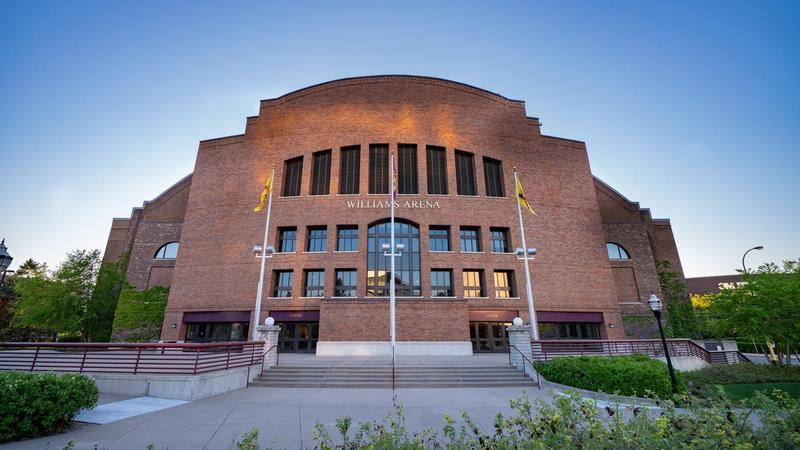 Citing the health and safety of student-athletes, our fans and staff, the Minnesota women's basketball game on Friday, December 31, at Williams Arena will not be played due to COVID-19 protocols within the Northwestern program. Both programs are actively working with the Big Ten Conference to...