Once again, the Gophers, 4-3, host a team sporting a 20-point loss to the Virginia Cavaliers. This time it is the 7-1 Lady Lions and the losing margin was actually 21 points, 89-68.

It’s the Big Ten opener and the Big Ten has been very unkind to Penn State head coach Carolyn Kieger who is 12-43 in B1G play. Last season, instead of opening the conference with PSU, Minnesota closed the regular season in Happy Valley by defeating the Lady Lions 94-83. Sara Scalia, 32 points and 8 rebounds, was topped by Kadi Sissoko with 32 points and 14 rebounds before the tandem exited Dinkytown.

Minnesota is 10-2 versus Penn State since 2015. As a coach, Lindsay Whalen lost once to the Lady Lions and that was in January 2021 at Williams Arena. On the basketball scale of early season formidability, Penn State is there for the picking.

Rose is fifth in the Big Ten for rebounding per game. She has earned four double-doubles. 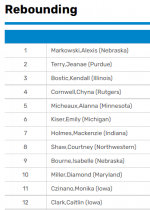 Mara Braun is fourth in the Big Ten for scoring per game. 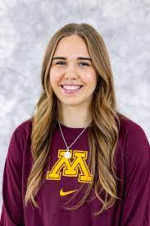 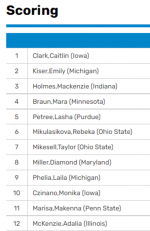 Amaya Battle is fifth in the Big Ten for assists per game. 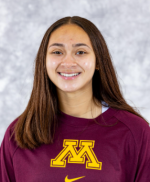 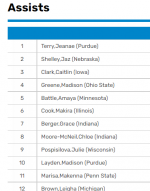 Mara Braun is fourth for 3-pointers per game. 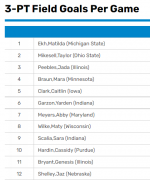 Leilani Kapinus of Penn State leads the Big Ten in steals per game.

Both Katie Borowicz and mara Braun of Minnesota make the most steals list. 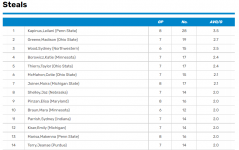 Penn State women's basketball faces Minnesota Saturday at 8:30 pm E.T. on the Big Ten Network in the first B1G game for any squad this season....

ONE OF THE TOP POINT GUARDS IN THE NATION, MAKENNA MARISA 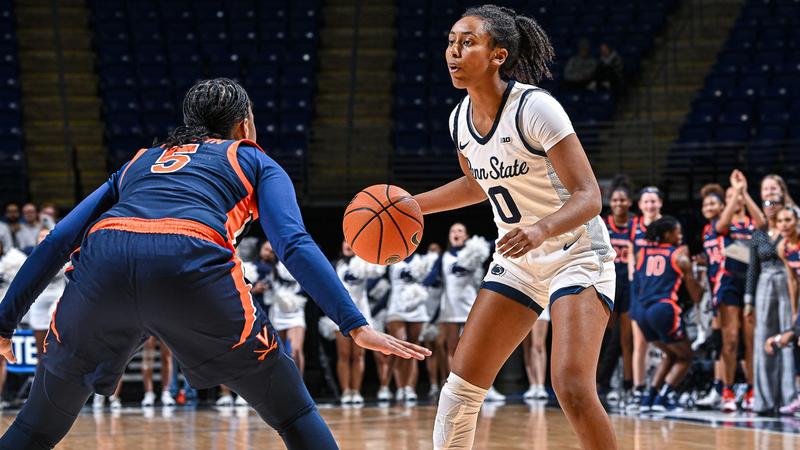 Note: It makes a reference to the volleyball game against SE Louisiana but it's actually Northern Iowa. 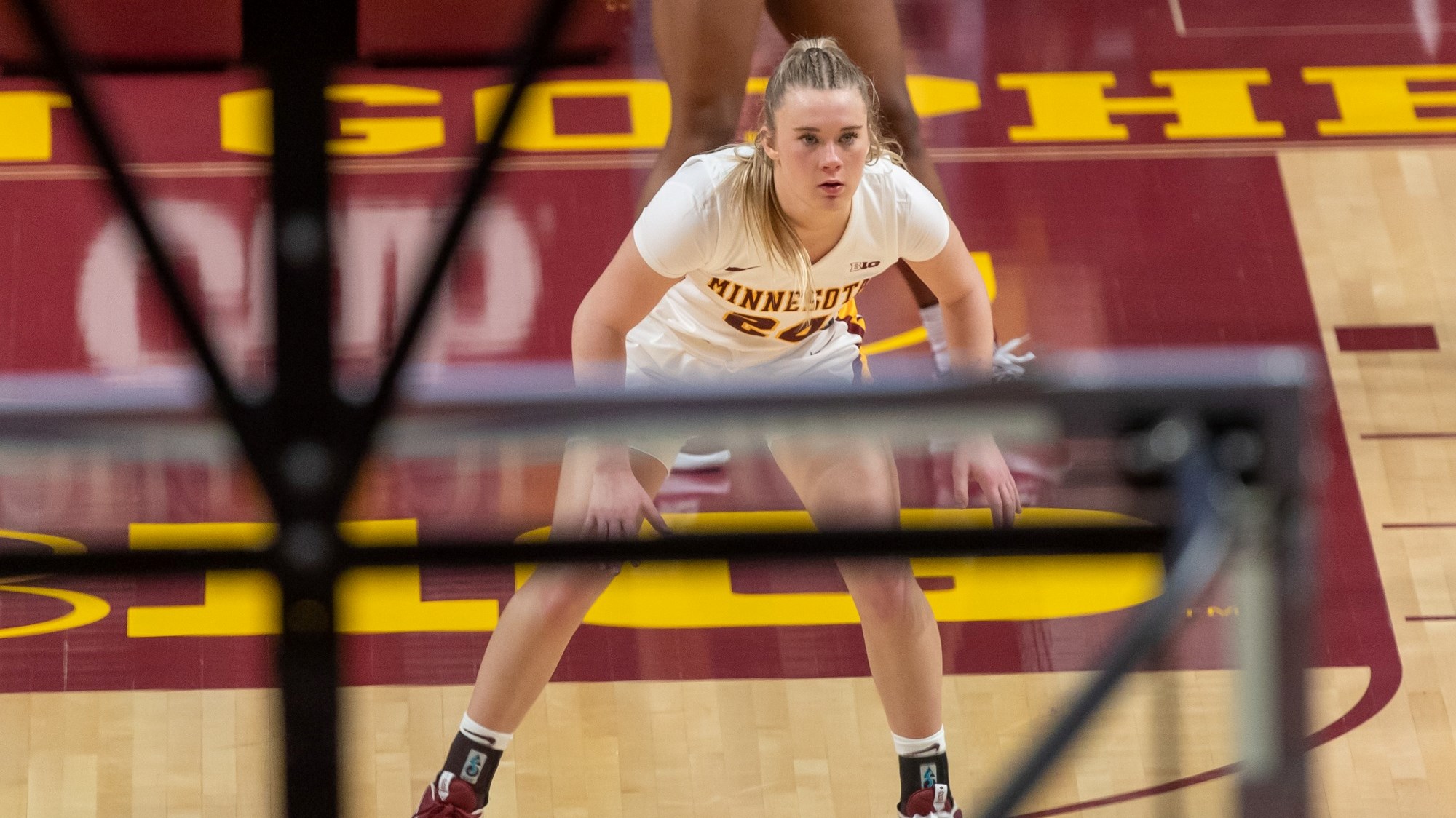 Gradwell's experience seems to be paying off in this wild game. She has looked relatively good. 5 points, 2 steals and a couple blocks on Marisa that aren't showing in the box score for some reason.

The defense has gotten so much better since the start of the year. Hopefully the offense can start to do the same thing because some of these turnovers are wild.

Just need a little composure after breaking the press. Seems like half the TO’s were unforced. Good Defense tho. We need Battle to regain her early season form.

Katogopher said:
Just need a little composure after breaking the press. Seems like half the TO’s were unforced. Good Defense tho. We need Battle to regain her early season form.
Click to expand...

Needs to cut the bad passes though.

They need to slow down, this press is easy to beat. Stop with the long cross court passes. Plays right into it.

Okay I take back my comment about Gradwell. Please stop shooting.

Somebody needs to quit shooting triples, you aren’t making any and almost everyone has resulted in a runout for Penn St. And can someone please teach our girls to move their feet on defense. Standing flat footed doesn’t cut it ladies!

2 constants under Wahlen....poor defense and a lot of turnovers.

Oof. Micheauxs fifth fall was an absolutely classic case of watching the ball instead of finding the player to block out

I don’t think Penn St’s #20 has missed a shot in the second half. But then, nobody has even a hand in her face either.

golden10 said:
Okay I take back my comment about Gradwell. Please stop shooting.

She should ask herself why am I being left open. It’s more than likely because I am not a good shooter.

What a crazy ending. Turnover then giving up an easy layup only to make 2 free throws with .5 on the clock.

Need to get Kapinus to foul out ASAP in OT.

Looks like Braun is about out of gas. Going to need someone else to step up.

Clutch free throws in regulation ! Like the resiliency of this young team !

That was a long 5 seconds

Aaaghhh.... Force an errant pass and then that happens....

GringaGopher said:
Imagine if the mens team shot 21/23 from the FT line.
Click to expand...

We could really use Rose in these OT’s. The other forwards do not excel @ boxing out.

This team makes alot of mistakes but damn they play hard and these freshman have a ton of potential. Great to get the win.