howeda7 said:
I thought they had economic anxiety?
Click to expand...

One of the easiest things con men do is con gullible fools of their wealth. We are seeing this happen on a massive scale right in front of our eyes, not only from Trump and his family, but the Republican Party as a whole anymore. It's all about using their supporters as pawns to enrich themselves and increase their own power toward their own authoritarianism, it has zero to do with those people-pawns themselves. They're being used, nothing more. Anti-American. Disgusting.

cncmin said:
One of the easiest things con men do is con gullible fools of their wealth. We are seeing this happen on a massive scale right in front of our eyes, not only from Trump and his family, but the Republican Party as a whole anymore. It's all about using their supporters as pawns to enrich themselves and increase their own power toward their own authoritarianism, it has zero to do with those people-pawns themselves. They're being used, nothing more. Anti-American. Disgusting.
Click to expand... 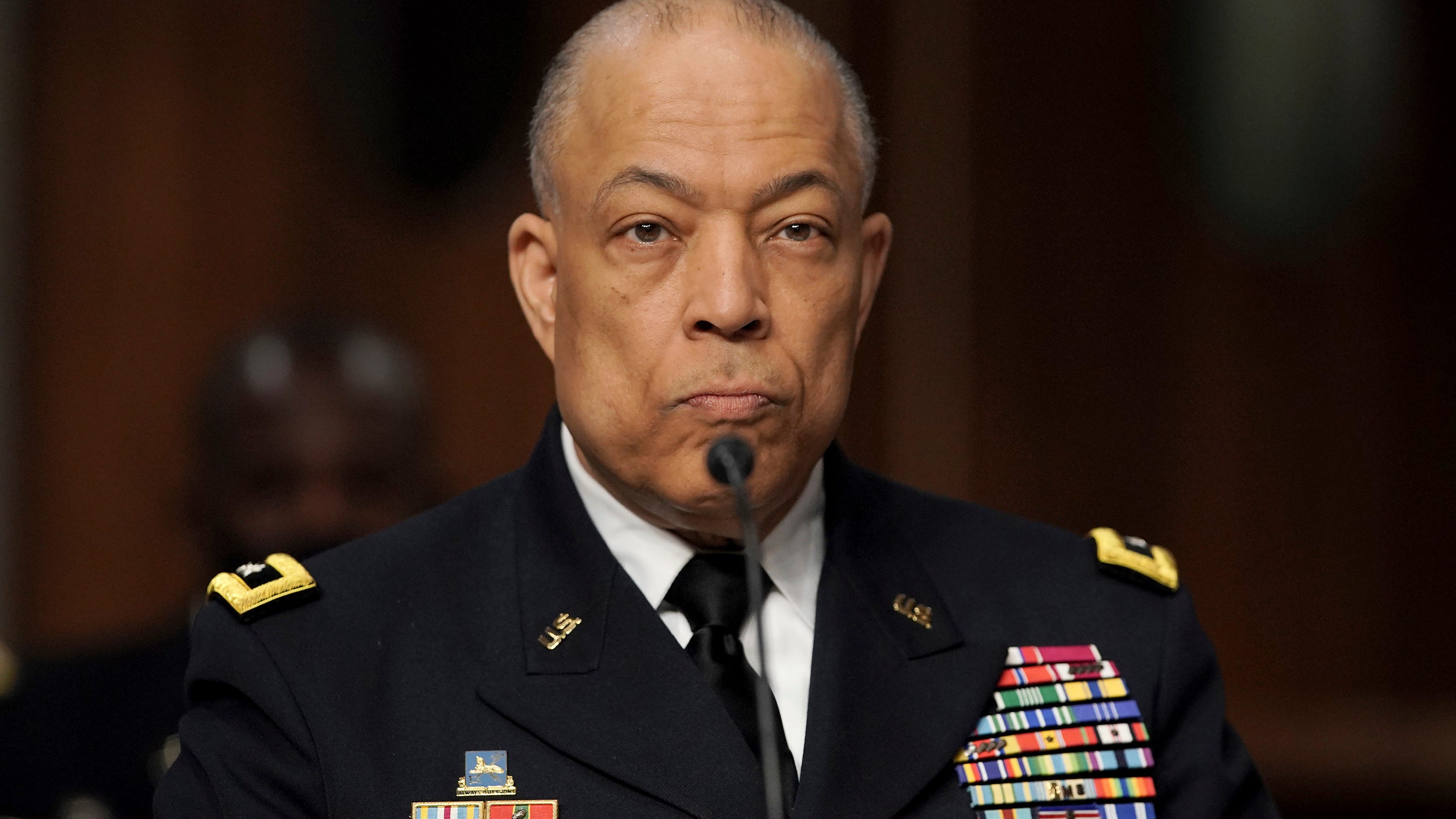 The commander of the D.C. National Guard said a delay in response during the Capitol riot was markedly different from the deployment to George Floyd protests last summer.
www.usatoday.com
Click to expand...

The document purportedly written by a Trump appointee did not order any person or entity to take away weapons from Guard members. Rather, it required McCarthy, who oversees the DCNG, to request approval from the defense secretary in order for Guard members to use weapons, helmets, body armor or riot control agents — as well as to share equipment with other law-enforcement agencies — during the preplanned gatherings of Trump supporters on Jan. 5 and Jan. 6.

Why no rating on this article? This is a trending topic but has not yet been rated by Snopes for reasons we’ll outline below.

To recap our analysis so far, the claim stemmed, in part, from reporting by Broadwater, a New York Times journalist, who said Miller issued a memo that prohibited DCNG from using weapons during the upcoming pro-Trump events without his approval first.

While no evidence exists to cast doubt on the legitimacy of the document displayed in the tweet, we sought to independently verify its authenticity. Citing the Freedom of Information Act, Snopes on Feb. 3 submitted a request for a copy of the Jan. 4 record from record-keeping centers within the National Guard and Department of Defense. The agencies have not yet fulfilled that request.

Additionally, we reached out to Broadwater to learn where, how, or under what circumstances he obtained the document. He told us “it was a leak,” or that an anonymous person or group within government or law-enforcement released the document to The New York Times.

Any time we would employ troops and guardsmen in the city, you had to go through a rigorous process. As you recall, there were events in the summer that got a lot of attention, and that was part of this,” William J. Walker, the DCNG’s commanding general, said in an interview with The Washington Post, which also reported on the Jan. 4 memo from Miller. Walker was referring to the guidelines (like those in the memo) that required the highest-level approval for the Guard to fully launch into law-enforcement mode.

As a result of such restrictions, Walker told The Washington Post that when he received a panicked phone call from Capitol Hill Police about the extremists preparing to break into the Capitol on Jan. 6 (which occurred around 1:50 p.m., per the defense department’s timeline) he could not immediately deploy Guard members to help. He instead needed to wait for approval from McCarthy, who then waited for an answer from Miller. At 3 p.m, Miller approved full activation of the DCNG (1,100 members) to help district and Capitol Hill police and directed those troops to secure the Capitol, the department’s timeline showed.

In sum, a reputable news outlet and a New York Times journalist corroborated the claim that Miller issued a Jan. 4 memo that required Guard leaders to seek prior approval before using weapons during the pro-Trump protests. It was an inaccurate portrayal of that purported order to claim that the Trump appointee “disarmed” — or took weapons away from — Guard members before the demonstrations, like The National Memo alleged.

However, until federal agencies fulfill our FOIA request for the document in question, we cannot authoritatively rate this claim with a traditional Snopes rating. If we receive more information, we will update this post.

Federal Investigators are Examining Communications between US Lawmakers and Capitol Insurrectionists

Federal investigators are examining records of communications between members of Congress and the pro-Trump mob that attacked the US Capitol, as the investigation moves closer to exploring whether lawmakers wittingly or unwittingly helped the insurrectionists, according to a US official briefed on the matter.

Justice Department officials have assigned more than two dozen prosecutors, including some from outside Washington, to delve into more complex questions, including possible funding of insurrectionists and whether political figures, including lawmakers and staff, aided the attack. The data gathered so far includes indications of contact with lawmakers in the days around January 6, as well as communications between alleged rioters discussing their associations with members of Congress, the official said.

Law enforcement officials say one of the first steps taken after the insurrection was to seek cell phone tower data to try to identify people at the Capitol that day, a tactic allowed under existing law. That was necessary, the officials say, because among the multiple failures that day was the US Capitol Police allowing the hundreds of people who had attacked the building to leave without arrest.

Investigators also have Capitol Police security footage that Democrats want examined to see if any members gave tours to riot participants in advance of January 6. Democrats have accused unnamed Republicans of providing rallygoers access, suggesting they were surveillance opportunities ahead of the riot.

The more fear and hatred they induce, the more money they make and the more power they grab. It's evil, but effective.

Why does it look like they photo shopped his head?

The brightest rising star in the party.

Expected, at this point. 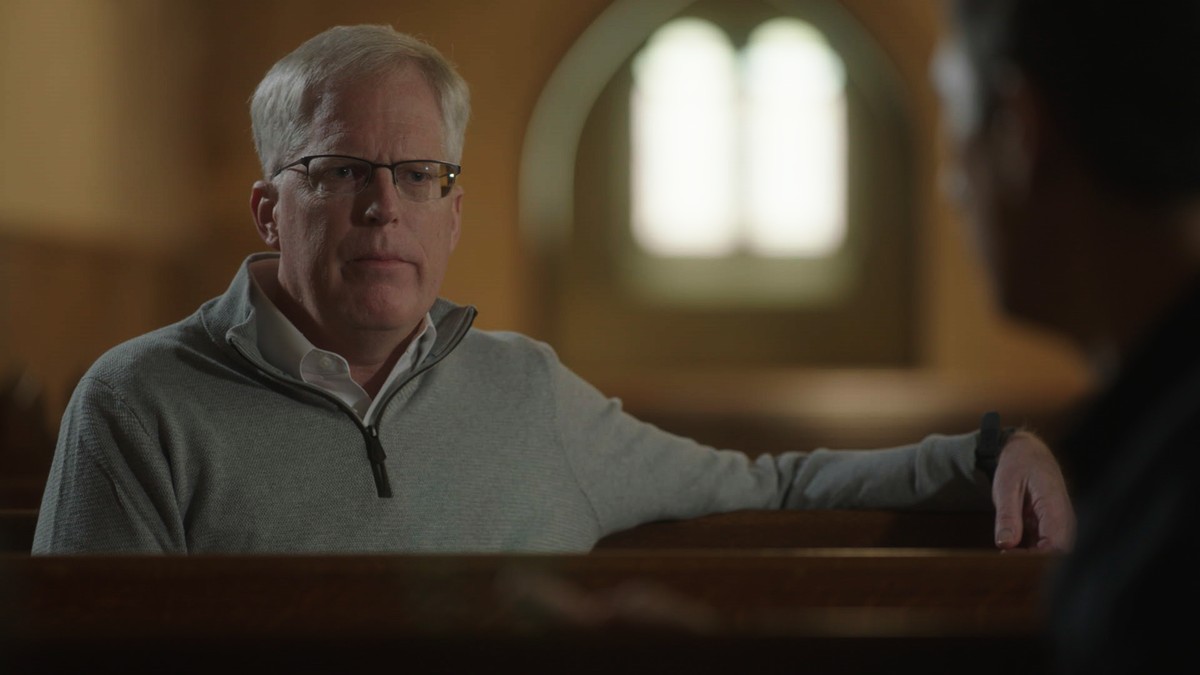 CNN's Andrew McCabe reacts to former acting Defense Secretary Chris Miller, who was in the office during the US Capitol riot, saying that he sees "cause and effect" between former President Donald Trump's speech and the insurrection on January 6th, 2021.

I always bring lots of Bear Spray to a peaceful protest.

He never had an important job did he?

WaPo makes so many mistakes that it’s hard to tell which correction goes with what story. And 100% of those “mistakes” go in the same direction. Democracy dies in darkness.

The Post published all of Trump's call with the Sec of State of GA. The idea they are hiding something or trying to mislead is really unlikely. The mistake was made on a recording they didn't have a recording of. They gave everyone the raw audio of the Jan 2 call--anyone can fact check it. People hiding things don't do that.

Section2 said:
WaPo makes so many mistakes that it’s hard to tell which correction goes with what story. And 100% of those “mistakes” go in the same direction. Democracy dies in darkness.
Click to expand...

WaPo caters to its audience. It is no different than Fox News. No worse, but no better.

Section2 said:
WaPo makes so many mistakes that it’s hard to tell which correction goes with what story. And 100% of those “mistakes” go in the same direction. Democracy dies in darkness.
Click to expand...

This is total bunk, stop with this garbage. The two papers least likely to make gross errors in this country are, hands-down, the NYT and WaPo, who coincidentally also hire top-tier journalists with strong access to sources across our government. You are free not to like them given their liberal-slanted editorial pages (notably, conservatives are also employed by both), but they are certainly among the very best sources of actual, high-quality news in this country, if not THE two best. And in the rare occasion either of these two papers make mistakes, they own up to them and correct them.